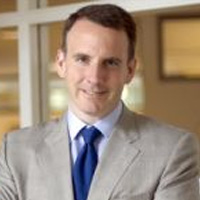 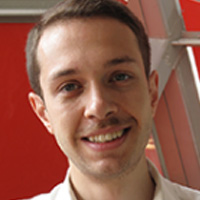 Psychologists have long documented that we over-attribute people's actions to innate characteristics rather than to circumstances. This column shows that when we commit this ‘fundamental attribution error’ as voters; we over-ascribe politicians’ success to personal characteristics that merit re-election. Although this mistake can improve politicians’ incentives in ordinary times, the theory also explains lack of institutional reform and poor institutional choices, such as decreased demand for a free press and preferences for dictatorship.

In April 2017, Turkish voters approved a constitutional referendum that significantly enhanced the power of current President Recep Erdogan. In Moscow and Manila, authoritarian leaders govern with strong popular support. In the most recent US presidential election, many Americans also displayed a taste for leadership with a similar style.

Why do many voters seem far less concerned with constraints on executive power than political theorists? Why did so many citizens in Germany, Austria, Hungary, and Spain show a demand for dictatorship during the 1930s? One explanation for the popular acceptance of authoritarianism is that voters suffer from a ‘fundamental attribution error’, which leads them to believe that politicians’ actions are determined by innate characteristics, rather than by incentives and circumstance. This error leads them to underestimate the value of democratic incentives, and overestimate the innate quality of a well-performing incumbent.

For almost 50 years, psychologists have marshalled evidence supporting the premise that onlookers tend to blame outcomes on innate personal characteristics rather the circumstantial factors, including both luck and incentives. In a seminal study, Jones and Harris (1967) told subjects to write essays, both for and against Castro. Observers were then informed that the writers had been instructed to support Castro, and they still credited the writers with innate pro-Castro feelings.

The tendency to over-emphasise the role of fixed personal attributes is so basic that it has been called the ‘fundamental attribution error’ (Ross 1977). Psychologists have often debated the nuances of this hypothesis, but there seems little doubt that voters often give incumbents too much credit or blame for events outside their control. Wolfers (2007) has found that American voters rewarded incumbent governors for lucky economic breaks, such as benign industrial trends or oil price booms.

In a new paper, we introduce this ‘fundamental error’ into classic models of political agency, and show that it can readily explain too much willingness to support dictatorship and too little willingness to fight for constraints on power, such as a free and independent press (Glaeser and Ponzetto 2017). Moreover, there is little reason to expect voters to fight against this error, both because they have few incentives to invest in political knowledge, and because in the short run, the error can also bring benefits.

Political agency and demand for dictatorship

The upside of the fundamental attribution error is that it actually strengthens the incentives that politicians face under normal circumstances. Rational voters understand that bad performance can readily reflect luck, or other temporary circumstances. Consequently, they may tolerate mediocre performance, and this tolerance can encourage politicians to be mediocre. Voters who suffer from the fundamental attribution error blame poor performance entirely on the politician himself, which ratchets up the electoral cost of failure and induces better behaviour.

In the ordinary course of events, this semi-rationality may be harmless or even benign, but when constitutions are rewritten, the costs of the fundamental error can become enormous, as they may have been in Nazi Germany. Consider a politician who has been performing well and who wants to rewrite the rules to grant himself/herself more permanent power. In reality, the incumbent’s performance may reflect a combination of luck and incentives, created by his/her wish to win re-election. The fundamental attribution error leads voters to credit the leader’s success to innate, immutable ability and benevolence, which will remain in force if the temporarily elected leader becomes a permanent dictator.

Rational voters should recognise that unlimited power will corrupt, and that the leader’s performance will deteriorate when electoral incentives disappear. If voters suffer from the fundamental attribution error, they believe that the leader’s past performance ensures future excellence. They trust the person, not the system, and they will readily accept the elimination of democracy and its replacement by a ‘big man’.

Rational voters understand that it is hard to interpret economic events, and to sort out the impact of luck from leadership. Consequently, they value independent experts and the free press who can help them sort out the causes of booms and busts. Instead, a recent poll found that 53% of Americans, and 71% of Trump voters, agree that “everyday Americans understand what the government should do better than the so-called ‘experts’” (Edwards-Levy 2016).

The fundamental attribution error can also explain this distrust of expertise. Erroneous voters see little need for independent experts, since they believe that their economic troubles reflect a White House that is either incompetent or indifferent to their fate, not broad shifts in labour demand. Voters with the fundamental attribution error overconfidently believe that they know what drives the nation – the quality of political leadership. Consequently, they see little value in attempts to separate noise from signal.

The fundamental attribution error also helps explain voters’ policy preferences. For example, in the area of transportation, the error will lead voters to believe that the behaviour of other people is relatively fixed, not the result of incentives. Consequently, they will doubt that Pigouvian taxes1 can actually reduce harmful behaviour. When faced with a classic Pigouvian tax, such as a central city congestion charge, voters will see the downside of paying higher fees, but not the upside of reducing their travel times.

Swedish voters were initially hostile to a congestion charge in Stockholm, but in 2006, the fee was implemented on a trial basis. Drivers experienced a reduction in traffic, and when a referendum was held, central city residents supported the charge. The most natural explanation for the shift in public opinion is that voters initially doubted the power of the charge to change behaviour, but changed their minds when they saw how drivers responded to the change in incentives.

If voters think that driving patterns are relatively fixed, they will also overestimate the benefits of new transportation infrastructure. They expect the same number of trips to be spread over more road space, with consequent benefits for themselves. As Downs (1962) first argued, and as shown empirically by Duranton and Turner (2011), vehicle miles travelled increase rapidly with highway miles built. Consequently, the benefits of new highways disappear quickly because of the increase in driving. A failure to anticipate that behavioural response leads voters to be too fond of building, and too sceptical about charging.

Economists are indoctrinated with the idea that people respond to incentives. Our core microeconomics classes teach students how prices influence behaviour. Perhaps we shouldn’t be surprised that non-economists, who have not gone through months of curves linking prices to behaviour, believe that human behaviour is more immutable.

If the fundamental attribution error misleads voters, then constitutional change should be slow and separated from the career of the current incumbent. Voters may support dictatorship of any particular leader, because they erroneously overestimate that leader’s innate quality, but may still oppose dictatorship in the abstract, because they correctly understand that average leaders are a ‘mixed bag’. Consequently, they are far more likely to err when considering a constitutional change that advantages a sitting president than when considering constitutional changes that advantage some future president. Constitutional change is more likely to avoid error if it is sufficiently slow that it will not help the current incumbent. Time is, as is often the case, a friend of rational decision-making.

The fundamental attribution error’s tendency to disrupt decision-making about ordinary policymaking can be overturned with more policy experimentation. The residents of Stockholm came to understand that congestion charging reduced driving because they experienced congestion pricing. Some actions, like building bigger highways, are less prone to experimentation, and in these cases, the best we can do is to emphasise evidence from the recent past.

The fundamental attribution error contains a warning for all experts, whether in the press or in academia. Even if we are sure of the value of our wisdom, ordinary voters are not. Consequently, we constantly need to prove our value, which is probably best done by providing more objective facts and less ideology.