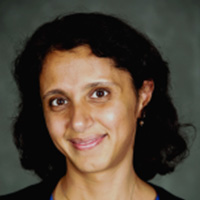 In response to a writ petition against pollution of the river Ganga due to industrial waste, the Supreme Court of India in 1987 mandated the tanneries in Kanpur, Uttar Pradesh to either clean up or shut down. This column finds that the ruling resulted in a significant drop in river pollution, which in turn reduced infant mortality in the city.

India's rivers are heavily polluted. Cleaning them up has been the subject of multiple regulatory and legislative initiatives, but it is not clear whether any of these initiatives have been successful (Greenstone and Hanna 2014).

One of the most polluted sites the city of Kanpur in Uttar Pradesh, located on the banks of the Ganga – one of India’s longest and holiest rivers. The city has a population of 2.9 million. At this site, the Ganga receives large amounts of toxic waste from the city´s domestic and industrial sectors, particularly the tannery industry. In recent research, I, along with my co-authors, examine the impact of a landmark piece of judicially-mandated environmental legislation in Kanpur: the 1987 Supreme Court (SC) decision in the M.C. Mehta versus Union of India case mandates, among other things, tanneries in Kanpur to either clean up or shut down (Joshi et al. 2016).

The story of this court ruling began in 1985 in the pilgrimage city of Haridwar, the Ganga; a matchstick tossed by a smoker resulted in the river catching on fire for more than 30 hours, due to the presence of a toxic layer of chemicals produced by a pharmaceutical firm (Mehta 2009). In response to this incident, environmental lawyer and social activist M.C. Mehta filed a writ petition in the SC charging that government authorities had not taken effective steps to prevent environmental pollution of the waters of the Ganga. The scale of the case - the whole 2,500-km stretch of the river - proved to be intractable. So the Court requested Mehta to narrow down his focus and he chose the city of Kanpur, despite neither being from the city nor living there. In Mehta’s words, “It (Kanpur) was in the middle of the Ganga basin; the reddish colour of the pollution made the pollution highly salient, and the city seemed representative of many other cities in the Ganga Basin.” (Mehta 2014)1

For more than 100 years, Kanpur has been a major centre for India’s tannery industry. Most of the tanneries are located in the neighbourhood of Jajmau, which lies outside the main city on the southern bank of the Ganga. The leather industry is highly polluting; the processes of washing, liming, fleshing, tanning, splitting and finishing involve a large number of chemicals. One tonne of generally leads to the production of 20-80 m3 of turbid and foul-smelling wastewater, including chromium levels of 100–400 mg/l, sulfide levels of 200–800 mg/l, high levels of fat and other solid wastes, as well as significant pathogen contamination. Pesticides are also often added for conservation during transport (Cheremisinoff 2001). Tannery effluent is generally characterised by its strong colour (reddish or dull brown), high levels of biochemical oxygen demand (BOD), high pH, and large amounts of dissolved solid wastes.

The 8-10 respondents in Mehta’s petition included all 75 tanneries of the Jajmau district the Union of India, the Chair of the Central Pollution Control Board (CPCB), the Chair of the Uttar Pradesh State Pollution Control Board (SPCB), and the Indian Standards Institute. The petition also claimed that the Municipal Corporation of Kanpur was not fulfilling its responsibilities. The Court subsequently bifurcated the petition into two parts. The first dealt with the tanneries of Kanpur and the second with the Municipal Corporation. These are now called Mehta I and Mehta II in legislative and became the "Ganga Pollution Cases" - the most significant water pollution litigation in the Indian court system.

By October 1987, the SC had invoked the Water Act and Environment (Protection) Act, as well as Article 21 of the Indian Constitution (which protects an individual’s right to life), to rule in Mehta’s favour. It ordered the tanneries of Jajmau to clean their wastewater within six months or shut down entirely. This was followed by a January 1988 judgment that required Kanpur’s local municipality to take several immediate measures to control water pollution: relocation of 80,000 cattle housed in dairies or safe removal of animal waste from these locations; cleaning of the city’s sewers; building of larger sewer systems; construction of public latrines; and an immediate ban on the disposal of corpses into the river. The court order also required all schools to devote one hour each week to environmental education and awareness.

Impact on pollution and health risk

We analyse data from demographic surveys, pollution monitors, and the geospatial coordinates of rivers to identify the impact of the court ruling policy on river pollution and health risk2. The period of analysis is 1986-20043.

Our first approach exploits the novelty and timing of the SC ruling: comparing districts upstream versus downstream of Kanpur and before and after the SC verdict, we look at the impact of the SC verdict on both pollution and health outcomes. As a measure of river pollution, we use BOD, which is appropriate in our context because (i) it is systematically measured by the river pollution monitors, and (ii) it is sensitive to various types of pollutants that constitute a health risk. Infant mortality is our main health outcome variable. Being most vulnerable to pollution, infants are the group for which we expect to detect the biggest impact. Second, our choice is also driven by data availability as surveys with complete birth histories allow us to construct a full mortality history for every child ever born. On the other hand, other health outcomes (such as acute illnesses or diarrhoeal diseases) are recorded for the specific time window in which the survey is being conducted. This thus limits the number of observations one could obtain for any given child.

We find evidence of a significant drop in both river pollution and health risk. On the pollution front, the ruling increases the likelihood of the river water in the area around the tanneries being in the ‘fit-for-bathing’ category by 40%. In terms of health risk, our results indicate that mortality among infants dropped by 3.2 percentage points (50%) in the areas around the tanneries4.

Next, we explore the channels of impact. While we document a drop in pollution, the concurrent decline in infant mortality could well be driven by alternative channels, such as increased awareness and pollution avoidance among Indian households in the aftermath of the verdict. To assess the empirical relevance of alternative channels, we look at whether the Court ruling has any residual explanatory power with respect to infant mortality once the effect of reduced pollution has been accounted for. To do so, we first acknowledge that pollution might be associated with other risk or mitigating factors, whereby more polluted areas might also be areas with higher economic growth, higher levels of education, better access to health services, etc. A correlation between pollution and infant mortality might then be driven by the correlation between pollution and one of these underlying factors, which would severely affect the interpretation of our results. To address this problem, we use the property that pollution flows downstream. Under the plausible assumption that upstream pollution levels are uncorrelated with other risk and mitigating factors downstream, we can isolate in our pollution measure the component that is influenced by upstream pollution but not by any of the aforementioned risk and mitigating factors of infant mortality. As a result, the correlation between infant mortality and this adjusted measure of pollution can be interpreted as the impact of pollution on our health outcome.