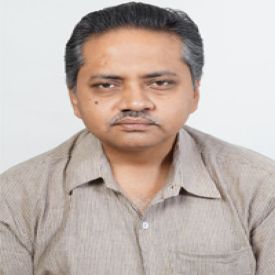 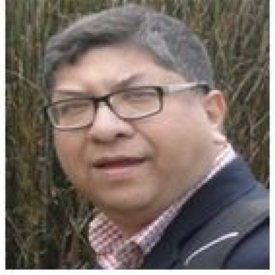 Bihar is a socioeconomically backward state with a persistently poor record with respect to maternal and child health indicators. Based on data from the National Sample Surveys on healthcare, this article evaluates the impact of the National Rural Health Mission (NRHM) on improving utilisation of maternal healthcare services in Bihar. It shows that NRHM has been effective in augmenting the utilisation of these services and reducing out-of-pocket expenditure on institutional deliveries in public facilities.

Bihar is a socioeconomically backward state with a persistently poor record with respect to maternal and child health (MCH) indicators. At the start of the National Rural Health Mission (NRHM)1 in 2005, it was identified as a state requiring special focus and placed among the ‘empowered action group (EAG) states’2. Although NRHM has been acknowledged to be a success at the national level, it is important to assess the progress made at the regional level, particularly in EAG states like Bihar and tailor-make suitable mopping-up strategies for each of these states.

In this article, we attempt to analyse the level of maternal healthcare utilisation in the state of Bihar, with three main objectives:

We use the unit-level data collected using Schedule 25 of the 60th (2004) and 71st (2014) rounds of the National Sample Survey (NSS) to carry out the analysis5. These two years represent pre-NRHM and post-NRHM periods, respectively.

Table 1 describes the receipt of ANC, delivery, and PNC, and the magnitude of OOPE in the pre- and post-NRHM periods by type of provider. The uptake of every component of maternal care increased dramatically between 2004 and 2014 in Bihar. For example, receipt of ANC services increased from 54.8% to 96.2%, while the uptake of institutional delivery increased nearly four-times – from a mere 18.5% to 70.8% during the study period.

Source: Calculated from NSS data by the authors.

We found that the likelihood of institutional delivery has increased by 11.73 times during 2004-2014 even after controlling for a range of potential confounders. The probability of institutional delivery has also increased significantly with age, urban residence, secondary or higher levels of educational attainment, and an increased level of household affluence; however, it has declined among minorities and socially marginalised sections.

Note: The decompositions were carried out by year (2004 and 2014) by employing (probit) regression models after controlling for the variables included in the models for child birth.
Source: Calculated from NSS data by the authors.

The salient findings of this research are as follows. First, institutional delivery ─ even after controlling other potential confounding variables ─ has increased by 11.73 times in Bihar between 2004 and 2014, while delivery in private facilities declined as much as by 90% compared to public facilities in the same period. Secondly, the JSY has been successful, particularly in bringing pregnant women in public facilities for delivery. We found that 96% increase in delivery in public institutions can be attributed to JSY, the year of survey, and omitted variables, of which year of survey plays a minimal role. Thirdly, although the OOPE on all three components of maternal care increased by 13% compared to the pre-NRHM period, the OOPE on institutional delivery in the post-NRHM period in public facilities declined by 30% even after controlling for a range of confounding variables. Finally, the OOPE on maternal healthcare in private facilities in the post-NRHM period experienced a quantum jump in the resource-poor state of Bihar.

Our study, however, points out a significant inequity regarding the choice of providers in the utilisation of maternal healthcare in Bihar. Women belonging to the urban, educated, affluent sections, and upper-caste Hindu households are more likely to opt for institutional delivery in both public and private facilities, compared to their rural, non-literate, poor, Scheduled Castes/Tribes, and non-Hindu counterparts.

These findings reiterate concerns related to quality of care in the public facilities and affordability of services in the private facilities (Ghosh et al. 2015, Mohanty and Kastor 2017). It may also be noted that though the uptake of ANC and institutional delivery increased significantly in public facilities, the utilisation of all three maternal healthcare services did not increase commensurately, neither in public nor in private facilities. This raises questions about the status of continuum of care of maternal health care services in Bihar, voiced in other studies (McDougal et al. 2017), and underlines the need for reorganisation of the scope of JSY in the future.

Based on the present findings, it may be concluded that the NRHM has been effective in Bihar in augmenting the utilisation of maternal care services and reducing OOPE on institutional deliveries in public facilities. Ensuring horizontal equity and continuum of care remain major challenges before the state. The latter may be addressed if the cash incentive under the NRHM to providers and service recipients are provided only if continuum of care is fulfilled. Further, private healthcare providers should be regulated in regard to pricing and quality of care, which in turn necessitates the vigorous implementation of Clinical Establishment Act (CEA) in Bihar (Keshri 2018). Additionally, provisioning of transportation to public facilities to ensure better access, ensuring availability of drugs and diagnostics tests within public facilities, and improvements in the quality of care would be essential for optimal utilisation of public facilities.