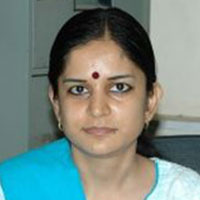 After falling to its lifetime low of 68.85 against the dollar in August last year, the Rupee has now appreciated to breach the 60-per-dollar mark. This column explores the impact of currency movements on the performance of Indian manufacturing firms. It finds that in the short run, real exchange rate movements have a significant impact on firm performance through changes in import costs, rather than changes in export competitiveness.

With Rupee close to the 60-per-dollar mark, firms and policymakers in India are trying to find ways of dealing with the economic consequences of a fluctuating currency. This has brought back the focus on attempts to measure the impact of currency movements on economic performance. Theoretically, exchange rate movements can affect economic performance through a number of channels, such as cost of imported inputs, competitiveness of exports, and changes in the value of firms’ foreign assets and liabilities. For example, when the value of the Rupee falls vis-à-vis other currencies, the cost of imported inputs such as energy increases, causing a reduction in the profit margins and prompting firms to cut down on production. On the other hand, decline in the value of Rupee makes Indian exports cheaper and hence more competitive in the global market, which makes higher production more attractive for exporting firms. Of the channels mentioned above, which one is dominant is a question of empirical investigation.

India presents a unique case for studying the impact of exchange rate movements. Prior to the Balance of Payments crisis in 1991, Indian Rupee was pegged to a basket of currencies dominated by the US Dollar. The external payment crisis of 1991 forced the Reserve Bank of India (RBI) to implement a set of market-oriented financial sector reforms, and a paradigm shift from fixed1 to market-based exchange rate regime2 in March 1993. Institution of Current Account convertibility3 in August 1994, gradual liberalisation of the Capital Account4 along with other trade and financial liberalisation measures meant a rise in total turnover in the foreign exchange market by more than 150% (from $73.2 bn in 1996 to $130 bn in 2002-2003, and further to $1,100 bn in 2011-2012). A direct outcome of these changes has been a rise in the volatility of Indian Rupee.

Against this backdrop, RBI’s exchange rate management policy has aimed at maintaining orderly conditions in the foreign exchange market by eliminating lumpy demand and supply and preventing speculative attacks, without setting a specific exchange rate target. Towards this end, RBI has used a combination of tools including sales and purchase of currency in both the spot and the forward5 segments of the foreign exchange market, adjustment of domestic liquidity through the use of Bank Rate6, Cash Reserve Ratio (CRR)7, Repo rate8 etc., and monetary sterilisation9 through specialised instruments. An interesting feature of RBI’s intervention during this period has been asymmetry during episodes of appreciation and depreciation. RBI has been intervening actively in the foreign exchange market during episodes of Rupee appreciation by purchasing foreign exchange, while following a hands-off approach during episodes of Rupee depreciation. Underlying this asymmetry has been the notion that an appreciated Rupee would hurt exporters through a loss in cost competitiveness and by corollary, adversely affect India’s growth performance. However, empirical evidence on the impact of exchange rate on the performance of Indian firms is non-existent.

In a recent paper, I seek to understand the relationship between real exchange rate10 movements and firm-level performance (Dhasmana 2013). The primary source of data used in the analysis is the Prowess database compiled by the Centre for Monitoring Indian Economy (CMIE). My sample includes data on 250 manufacturing firms covering 13 broad manufacturing sectors, over 2000-2012.

An important determinant of a firm’s response to exchange rate movements is the degree of market power. Firms in industries with higher share of output held by a few firms (higher market concentration) are likely to experience a smaller impact of exchange rate movement on their output growth – this is because producers in such industries are better able to absorb shocks to their overall profitability on account of exchange rate changes owing to their greater market power. I try to test this hypothesis. Once again the import cost channel appears significant - for a given share of imported inputs in total costs and a constant path of currency depreciation, higher market concentration is associated with a smaller reduction in output and sales. Export competitiveness channel continues to remain insignificant even after accounting for differences in market power13. One can safely conclude, therefore, that real depreciation affects firm level-output growth through higher import costs in the short run.

For policymakers trying to assess the impact of exchange rate movements on the real economy, these results provide various important insights. Firstly, the short-run impact of a real depreciation on firm’s output growth is likely to be negative since it is the import cost channel that dominates in the short run. Further, the impact is asymmetric, with real depreciation having a stronger impact as compared to real appreciation. This indicates the need for an effective reserve management policy that allows monetary authorities to meet the challenges posed by sudden episodes of sharp Rupee depreciation, as happened recently. It also implies that the call for the RBI to ‘assist’ with the revival of economic growth in the presence of uncertainties in the domestic and external policy environment is likely to be counterproductive if it leads to a downward pressure on the domestic currency.

At the same time, maintaining a competitive real exchange rate is imperative for boosting intermediate and long-term economic growth and maintaining the external balance. Thus, using scarce foreign exchange reserves to prevent currency depreciation in the face of sustained downward pressure on the currency due to growing fiscal deficit and/ or massive capital outflows would be problematic, apart from being unsustainable.

On the whole, for countries relying on volatile foreign capital inflows to finance their consumption and investment needs, a careful reserve management policy along with a sound fiscal policy are necessary to balance the multiple objectives of stable growth and external sector balance in the long run.