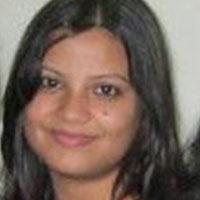 In the past few decades, India has emerged as one of the preferred destinations for foreign investors, with the manufacturing sector receiving a substantial proportion of total capital inflows coming into the country. Analysing firm-level data from the Indian manufacturing sector during 2001-2010, this column finds that while capital inflows significantly boost investment capacity of large firms, they do not seem to impact other performance indicators.

Movement of capital flows, especially from developed to developing countries, and their impact on economic welfare, has been a recurrent theme of debate in international economics. Capital flows have posed a puzzle both in theory and practice. One view considered the flow of capital from rich countries (where interest rates were low due to capital abundance) to the poor countries (where interest rates were high due to capital scarcity) an inevitable measure for poor nations to escalate on the path of economic development. It is often suggested that international capital flow movements improve overall economic welfare, both for the importers and exporters of capital (Kose et al. 2009, Rajan 2009). While on the other hand, in almost equal measure, it is argued that this movement of capital can have negative consequences (Rodrik 1998, Nachane 2007).

India has emerged as one of the preferred destinations for the foreign investors lately. The industrial policy reforms in India post-1991 opened opportunities for foreign investment in various sectors including construction, power, and high- priority manufacturing industries. These reforms have succeeded in attracting large amounts of foreign capital to the Indian economy in a gradual manner. The limits and caps have been raised for equity holdings by foreign investors with a belief that this would boost the financial development of the economy. But how the capital inflows have impacted the Indian economy is a question that is frequently posed.

In recent research, I seek to capture the effects of capital inflows1 on the Indian economy by undertaking a firm-level study of the manufacturing sector of the country for the period 2001 to 2010 (Sharma 2014). The issues addressed in my study are as follows: Do capital inflows enhance the growth performance of Indian manufacturing firms? Do these flows help only those firms which are already performing well and leave the low-performing firms segregated? How does the performance of firms differ with differing sources (foreign/ domestic) of finance?

Firm-level data has been extracted from the PROWESS database which comprises information on about 1,500 variables (sales, profits, liabilities etc.) and ratios (costs as percentage of total expenses, export income as percent of net sales, etc.) defining various aspects of financial performance of firms. Reserve Bank of India (RBI) monthly bulletins have been used to obtain data on price deflators for constructing replacement value of capital stock, which in turn is used to construct the investment variable2. My final sample consists of 857 firms with 6,158 observations3.

The main variable of interest is foreign capital inflows at the firm level. The two components of it - equity and debt - are analysed individually as well. For capturing the effects of capital inflows on firms’ growth, five ‘performance’ variables have been used: Sales accelerator (rate of growth of operating income (sales) of a firm in two consecutive years; a firm with more sales in the latter year is considered to have better growth opportunity), Tobin’s q (ratio of market value of a firm to its book value of assets; market value is calculated by adding market value of equity and book value of debt), Return on capital employed (profits divided by capital employed, capital employed is calculated as total assets minus current liabilities) , Investment (rate of growth of capital stock in two consecutive years), and Asset turnover ratio (ratio of revenue sales and total assets; Asset turnover ratio measures a firm’s efficiency in using its assets to generate sales/revenues).

The results suggest that capital inflows, both equity and debt flows, positively and significantly impact the investment opportunities of firms. However, capital inflows do not substantially impact the other performance variables. Also, the large firms (in terms of sales) seem to be benefitting from the inflows of foreign capital, while the effect on small firms is negligible.

In terms of the impact of different financing sources on the performance of firms, internal finance emerges as a bigger (positive) influence on all performance indicators (including investment) as compared to foreign finance. This result is somewhere close to the pecking order theory4.

Overall, my study seems to support the view regarding capital inflows that they augment investment opportunities of firms in developing countries (like India) that receive them. However, there is no clear picture on the link between these inflows and the growth of firms.