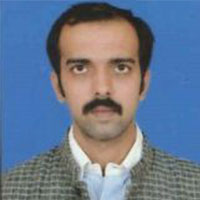 The ‘Housing for all’ scheme was launched by the Government of India in June 2015, with the objective of constructing 20 million houses for the urban poor by 2022. In this article, Roshan Kishore, data journalist at Mint newspaper, presents five charts representing the current state of India’s housing sector.

A year ago, the Union cabinet gave its approval to the “Housing for all by 2022” mission with a special focus on providing affordable housing to economically weaker sections in urban areas. While it is still early days to assess the scheme’s progress, what exactly is the housing situation in India?

Census data on housing amenities and analysis of National Sample Survey Organisation’s (NSSO) unit-level data in a recent paper by Arjun Kumar in the Economic and Political Weekly (EPW) can be used to generate some stylised facts about India’s housing sector.

According to the 2011 census, there are 246.7 million households in India. Of these, 68% are rural households and 32% are urban households. Data suggest that a majority of households live in owned houses in both rural (95%) and urban areas (69%). Overall, 213.5 million, or around 86% of all households, were living in owned houses. This is an increase compared to the 2001 census figures.

Figure 1. Most households own their houses in India

Now compare this with statistics for the US. Data from the National Multifamily Housing Council says that 37% of American households were living in rented houses in 2014.

So, is the average Indian better off than the average American in terms of well-being and house ownership?

To be sure, these numbers need to be seen in a bit of context. Owning a house in India does not mean unambiguous opulence like it would mean in an advanced country. Another statistic from the census data can be used to explain this. In rural India, 95% of households own a house, but only 33% own a TV set. Common wisdom would suggest that it is far easier to own a TV set than it is to own a house. Although the share of households owning a TV set is greater than those owning a house in urban India, a similar deficit can be seen in states including major states such as Uttar Pradesh, Bihar, Rajasthan, West Bengal and Kerala.

Figure 2 below shows state-wise differences between percentage of households with own house and a TV set in the house. In most states, owning a house need not mean access to a basic consumer good like a TV set.

This suggests that the size and quality of houses for Indian households may not be up to the mark. Census data does give an idea about the quality of houses in India. Only 53% of households described their houses as being in “good” condition in India in the 2011 round. Around 41% described them as “liveable”, while 5% said they were “dilapidated”.

Figure 3. Not enough room for half of India 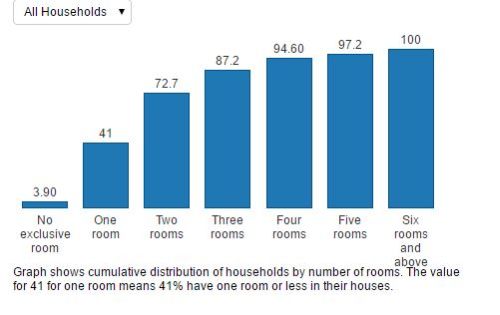 Kumar’s EPW paper also provides data for the average area of each dwelling unit (house) which was 431 and 422 sq. ft. for rural and urban areas. In terms of per person area, urban areas are slightly better off, with an average area of 124 sq. ft. in comparison to 107 for rural areas. A room of 10x10 ft. would mean an area of 100 sq. ft.

Compare this with the average size of a dwelling unit in the US. According to the United States Census Bureau, the median size of a completed single-family house was 2,467 sq. ft., while that of a multi-family unit was 1,057 sq. ft. These statistics are for 2015. To be sure, there is significant variation in the average area for a dwelling unit across different categories of houses.

Figure 4a. Most houses are little boxes (Rural TFA) 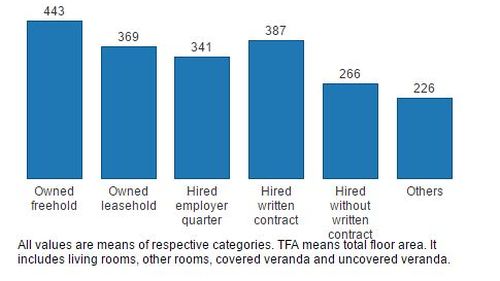 Figure 4b. Most houses are little boxes (Urban TFA) 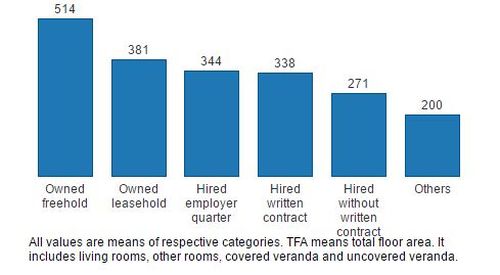 What explains this gross mismatch?

India does not have the right incentives to dissuade house hoarding, suggest experts. Vivek Kaul, an independent economic analyst, attributed two main reasons for the prevalence of so many vacant houses in India: black money finds an easier entry in real estate than in financial assets; and the messed up state of tenancy laws in the country. Policies such as deduction of interest payments on even a second housing loan and tenancy laws which are allowing tenants to pay ludicrously low rents in many cities are some such examples. Unless the economic incentives to encourage renting of houses are put in place, there is little hope of an improvement, said Kaul.

Such increase in number of locked houses is bound to have contributed to the increase in rents in the recent past. While the objective of housing for all is laudable, it seems the key to affordable and egalitarian housing ought to unlock India’s vacant houses first.

A version of this article first appeared in MINT.