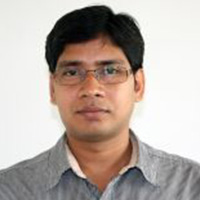 Liberalisation reforms in India in the 1990s offered private investors the freedom to choose their investment location in the country. This column finds that income disparity across low-income states in India increased in the post-reform period, while it reduced across middle-income states. This is largely explained by private investment, which in turn depends on human capital and infrastructure of states.

One of the most important and controversial issues in economic development is the recent worldwide increase in income disparity within countries, particularly in developing countries like India that have experienced drastic and successful liberalisation. This has called into question the objectives or notions behind the processes of globalisation and liberalisation. India is the second largest developing economy in the world, which has been experiencing inter-state and intra-state imbalanced economic growth. Barro and Sala-i-Martin (1995) and others pointed out that imbalanced economic growth is a serious challenge to the development of the economy, as it creates social, economic and political tensions across regions at various levels. The issue of regional imbalance has been emphasised in all five-year plans, and various policies and programmes have been adopted to achieve balanced regional development. For instance, the 11th five-year plan (2007–2012) identified the need for the benefits of growth to flow to those sections of the population that have been ignored in the fast economic growth of the post-reform years.

Investment is identified as a crucial factor for economic growth at both the national and state levels in the Indian economy (Rao et al. 1999, Blejer and Khan 1984). The inflow of investment into a state creates employment opportunities, and generates income, output and tax revenue. Investment is sourced from both private- and public-sector institutions. The flow of public investment is discretionarily determined by the central and state governments. In contrast, the flow of private investment is determined by the rate of returns on investment in the market. In India, before 1991, the Monopoly Restrictive Trade Practices Act (MRTPA) required private players to seek permission from the central government to establish new investment projects, expand units and increase production capacity, in order to ensure fair allocation of private investment and balanced regional development. Similarly, under the Industrial Licensing Act 1951, individual investors had to petition the central government with regard to their investment proposal and the government reserved the final decision on the location of the investment. This restrictive allocation of private investment did not allow firms to operate at their optimal level of efficiency (Calberg 1981). Economic liberalisation reforms initiated in 1991 abolished several such measures and offered private investors the freedom to choose their investment location. This created competition among states to attract market-determined private investment by designing suitable policies and providing incentives. Private investment in a state pushes up economic growth, creates employment, enhances tax generation base etc. Thus, an analysis of the types of investment and disparity of economic growth at the state level is extremely relevant from a policy perspective. In a recent paper, I examine the patterns and causes of income disparity across the Indian states by focusing on the relative importance of public and private investment during the post -reform years (Mallick 2014).

Patterns and causes of income disparity across Indian states

A distinguishing feature of my research compared with related literature such as Baddeley et al. (2006), Nayar (2008), Rao et al. (1999), and Purfield (2006), is that I use better measures of state-level investment data. The measurement of investment at the sub-national levels is a challenging task in developing countries such as India. State-level investment is estimated by the directorate of economics and statistics (DES) of each state in India. Only some of them provide these estimates by private and public, separately. However, Economic and Political Weekly Research Foundation (2003) notes that these estimates are not comparable across states, due to variations in methods adopted depending upon the economic structure at a particular point of time and data availability in the individual states. Therefore, due to unavailability of data, most existing studies use loans by financial institutions (Baddeley et al. 2006, Nayar 2008, Rao et al. 1999) and credit extended by scheduled commercial banks (Purfield 2006) as a proxy for private investment. However, these proxies are poor reflections of the extent of state-level private investment, because they exclude loans by various non-financial institutions to private enterprises and foreign investors in the states. I use a comparable dataset of private and public investment at 1999-2000 constant prices for 15 major states over the period in 1993-94 to 2004-05 (Mallick 2013a). This data is estimated by using the national-level investment data of National Accounts Statistics and capital expenditure data of the Reserve bank of India (RBI) through a single framework for the 15 major states.

I examine the patterns of income disparity by classifying the 15 major states1 into low-income (LI), middle-income (MI) and high-income (HI) groups, based on their per capita income2. I find that, on average, the per capita private investment in HI group is higher than the MI group, which in turn is higher than the LI group of states. Also, I find that the variation in per capita income across states has increased during the reform years (1993-2004), when all 15 major states are considered. While the variation has decreased in MI states during this period, it has increased across the LI states in the same period3. Hence, these findings suggest that the significant increase in income disparity in LI states corresponds to increasing disparity in per capita income across all 15 major states, since economic liberalisation measures were initiated.

The distribution of public investment and resources is among the most debated and controversial matters in the Indian political economy. Public resources in India are distributed among states by the central government through both standard formulas and discretionary schemes. Finance Commission intermediates the distribution of resources between the centre and states, and among states to maintain equity, whereas, the distribution of discretionary schemes is mainly determined by the political relationship of the central government and a particular state5 Based on consultations with states, the present (14th) Finance Commission has recommended adopting a new approach of ‘cooperative federalism’ to reduce regional disparities and foster economic growth.

The recommended approach involves a significant increase in the fiscal devolution to states from 31.54% to 42%, reduction in fragmentation of fiscal transfers, and providing states with larger fiscal space to plan and spend based on their needs and priorities. Given these recommendations, the success in reducing inter-state disparities relies on the design and implementation of policies by state and local administrations.

Hence, the government at various levels should coordinate and design practical measures and policies that would ensure equitable allocation of private investment and distribution of public investment. The emphasis should be on equalising physical investment, human capital and infrastructure, and hence reduce regional disparities - a cherished goal of the five-year plans in India.