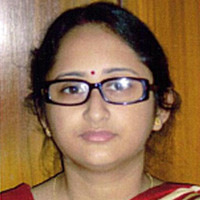 While poverty is believed to be the main cause behind child labour, higher poverty is not seen to be associated with higher child work participation rates across Indian states. This column explores the impact of recessionary income shocks on the decision of parents to send their child to work, and finds that recession exacerbates child labour only in regions with a higher cost of living.

Child labour has been a major concern for the developing world that constitutes its major share. In 2008, around 306 million children around the world (ages 5 to 17) were employed, of which 70% (215 million) were classified as child labourers because they were “either under the minimum age for work or above that age and engaged in work that poses a threat to their health, safety or morals, or are subject to conditions of forced labour” (ILO Global Report 20101).The largest number of child labourers (between 5-14 years) was found in the Asia-Pacific region (113.6 million), followed by sub-Saharan Africa (65.1 million) and Latin America and the Caribbean (14.1 million). The estimate for India as per the 2001 national census was 12.6 million child labourers, an increase from 11.28 million in 1991. According to the National Statistical Survey Organisation (NSSO) surveys in 2009-2010, the number of child labourers in India was 4.9 million2. Child labour, which is now well accepted to be a social evil, has brought researchers, academics and policy makers to a common platform in order to understand its root causes and to design policies for its gradual eradication.

The general consensus is that the basic cause of child labour is poverty; nonetheless, numerous other theories have been put forth such as social norms and parental callousness (Basu (1999) provides a wonderful exposition.) In societies where social norms permit child labour, parents do not mind sending their children to work and child labour prevails. However, in places where it is a heinous crime, child labour is hardly practiced socially. As poverty is seen as the major cause, the effectiveness of a blanket ban on child labour is often questioned. Basu and Van (1998) in their seminal paper argued that a one-time ban on child labour might help eradicate it, as it causes labour shortage followed by rising wages and increasing household income. This allows families to meet their subsistence needs whilst favouring the ‘no child labour’ decision. In time, as demand and supply of labour adjust to the ban the policy becomes redundant.

On the regional spread of child labour in India, data reveals that high (low) poverty rate3 is not necessarily associated with high (low) Child Work Participation Rate (CWPR)4. Table 1 below gives the poverty rates and CWPR for major states in India. For the states highlighted in the table, a positive association between poverty rates and CWPR cannot be established. Surprisingly, backward states such as Bihar and Jharkhand that have above average poverty rates have a much lower CWPR than the Indian average (and many advanced states like Maharashtra, Gujarat and Karnataka). This motivates us to delve deeper into the poverty-child labour nexus and dig out the missing link. If higher poverty is not necessarily associated with higher CWPR, what are the factors that might have played a prominent role in determining the choice made by families to send their kids to the labour market?

Cost of living: the missing link?

One plausible explanation can be offered in terms of differences in the cost of living in different regions. Given its size and wide regional disparities in socio economic and demographic characteristics, there are wide variations in the cost of living in different regions of India. Also, the proportion of poor population varies across regions and states. For instance, two regions can have the same population size,5 but one can have a lower cost of living implying a lower regional poverty line but a higher proportion of people qualifying as ‘poor’, and the other can have a higher cost of living implying a higher poverty line but a lower percentage of people living below it. Now let us think of a representative ‘poor’ household (parent) and its decision regarding child labour. Two forces act in different directions: first, poverty compels a household to hunt for sources of supplementary earnings for sustenance. Second, ‘parental altruism’ (or parental care) compels parents to put in additional ‘own effort’ as opposed to forcing the child to work. Evidently, intense poverty in regions with a high cost of living demands higher complementary labour to meet subsistence needs. This tends to lessen the ‘degree of altruism’ in such regions, tilting parental decisions in favour of child labour6. Thus, regional factors play a crucial role in micro decisions on child labour, which in turn determine aggregate child labour in the region.

Are these regional factors important for an economy going through recession? Faced with recessionary income shocks, which essentially imply an effective fall in wages7 or household income, parents would behave quite differently across regions with regard to their child labour decisions. Recessions can be associated with two counteractive impacts: they are either likely to aggravate child labour due to decreased household income; or, encourage the withdrawal of child labour on account of falling rewards8. We are interested in understanding the ‘net impact’ and how it is influenced by regional factors. We find that a recession does not necessarily induce child labour9; and the net impact depends on the level of cost of living in different regions. The ‘negative effect’ of the reduced reward on child labour dominates the ‘positive effect’ of reduced adult earnings only in regions with lower cost of living. In other words, recession exacerbates child labour only in regions with a higher cost of living.

Wages are often inflexible or rigid, sometimes induced by social workfare programmes. Then, during a recession when demand for labour is low, complementary labour that the poor parents wish to offer in the labour market to support their ‘no child labour’ decision might not get absorbed. The degree of altruism thus becomes weak, and both increasing poverty as well as increasing child labour might emerge as possible outcomes.

An important policy implication that emerges from this analysis is that during a recession, any transfer - in kind or cash (adjusted to the cost of living) - to the poor in regions where the cost of living is relatively high, helps in preventing recessionary spill-overs on child labour. When wages are inflexible, a recession leads to reduced labour demand, resulting in the prevalence of unabsorbed labour. Enhanced coverage of public employment schemes like MNREGA helps in easing out the shortfalls in labour demand and may help in mitigating recessionary spill-overs.