India’s current inflation is unprecedentedly high – not in absolute terms but relative to the rest of the world. This article discusses the role of inflation in the recent currency crisis, and argues that taming inflation may prove difficult because the social consensus in favour of moderate inflation appears to have eroded.

Today, three aspects about inflation in India are worrisome. It is unprecedentedly high. It may have been the key proximate cause of the recent rupee crisis. And taming it may prove difficult because the social consensus in favour of moderate inflation has eroded. Consider each.

First, inflation has been historically high not in absolute terms but relative to the rest of the world, which is both striking and unrecognised. Figure 1 (top line) shows that high as Indian inflation has been recently, it was actually higher in two previous episodes: the late 1970s and late-80s to the early 1990s. But the lower line of Figure 1 shows that since 2008, Indian inflation has not only been greater than in comparable low and middle income countries but the differential is a staggering unprecedented 4-5 percentage points. India as a paragon and beacon of price stability amongst the developing world is history. India is now Latinised, although ironically Latin America itself has moved on.

Figure 1. Highest ever differential between Indian and global inflation 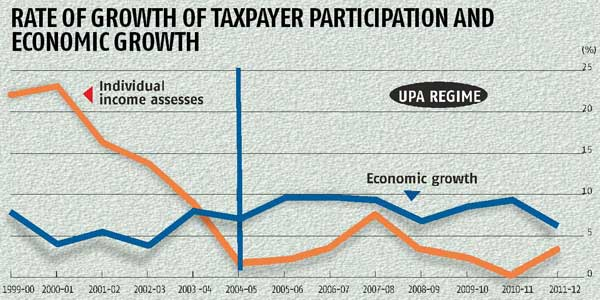 Second, the role of inflation in the recent crisis is best understood in light of something unusual that happened in the run-up to it. India´s current account deficit (CAD) surged even as growth started decelerating. For about 10 quarters, growth declined but the current account increased from about 1.55 of gross domestic product (GDP) to over 5% (Figure 2). The pattern in most emerging market crises is for growth to surge that sucks in imports, leading to higher CADs. This growth surge can either be fuelled by government spending (India in 1991 or Latin America in the 1980s) or by private spending (Asia in the late 1990s, and emerging Europe in the 2000s). The flip side is that growth declines should lead to falling imports and improving current account positions. This did not happen. 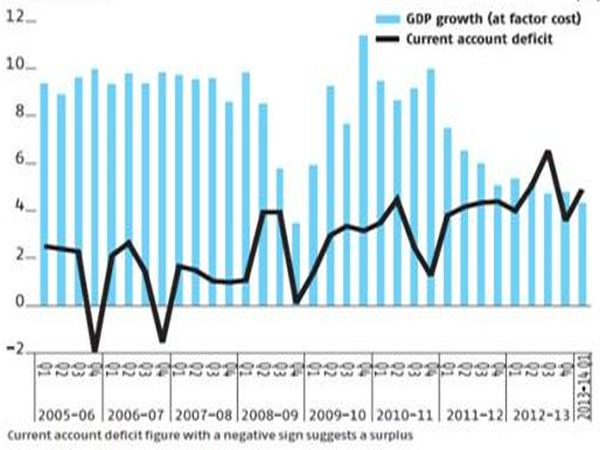 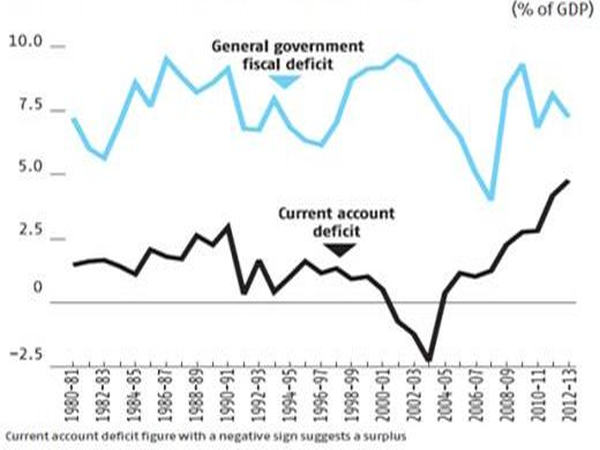 In fact, as Figure 4 shows, since the early 2000s, there is a striking association between inflation and the CAD. This association is not spurious because of the plausible transmission mechanism from high inflation to reduced financial savings and higher gold imports that rendered the CAD unmanageably high. Between 2007 and 2011, household savings declined from over 12% of GDP to under 9%. 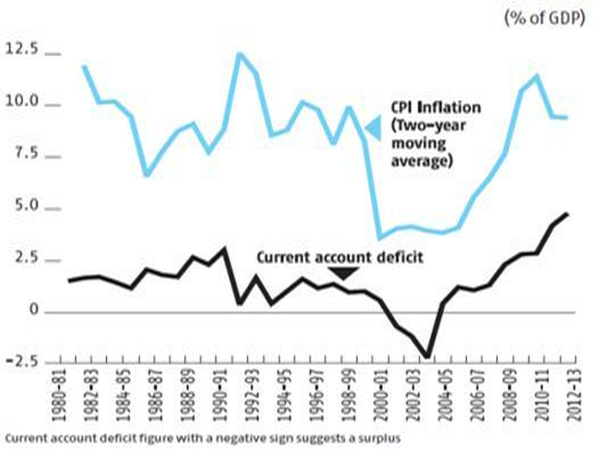 Social consensus in favour of moderating inflation is eroding

If high and persistent inflation is thus a key culprit, shouldn´t policy be focused on reducing it quickly and durably? Yes, but that will not prove easy. Three factors suggest that the social consensus in favour of moderate inflation has been steadily eroding. It has long been a law of Indian political economy that inflation above 5% makes incumbent politicians nervous because voters care about price stability. That seems to have changed.

Of course, the mere fact that inflation is higher than elsewhere is not proof of the demise of that social consensus. What it suggests is that in the past, periods of high inflation occurred when global inflation was high, so India had inevitably to ‘import’ some of that high global inflation. Now the situation is unique: arguably, the first truly home-grown inflation crisis that has lasted many years now (since 2008) and yet little done to combat it.

Second, recent work by Milan Vaishnav of the Carnegie Endowment for International Peace provides interesting evidence. In the 1980s and 1990s, state election outcomes were negatively associated with inflation: higher the inflation, worse the electoral prospects for incumbents. In the 2000s, however, voters seemed to care more about growth and not at all about high inflation. The revolution of rising expectations has become all about maintaining high growth, not about restoring moderate inflation.

Third, there is the surprising ‘dog-that-did-not-bark’ phenomenon. Since 2008, while there has been sporadic outrage against spikes in vegetable and onion prices, there has just not been the consistent chorus of clamour against high inflation. The liberal elite have been more pre-occupied with growth than inflation. And the voices of the poor too have been muffled possibly because rural wages have risen more rapidly than inflation. Evidently, inflation has become a crime with many actual, but few perceived, victims.

In the past, the job of the Reserve Bank of India (RBI) governor tended to be relatively easy because delivering on RBI´s mandate of low inflation commanded political and social support. The interests of North Block and Mint Road were broadly aligned. But the growth boom of the 2000s changed all that. Pursuing growth was privileged over slaying high inflation. In August last year, when growth began to fall below 5-6% and, critically, when this deceleration began to seem more permanent, panic galvanised policymakers into reform action.

But high and sustained inflation has never elicited a comparably robust policy response. It is noteworthy that the RBI governor´s rushed statement a couple of weeks ago had relatively little to say about inflation on the very day that the data signalled rising inflation pressures (from already high levels). More broadly, the anaemic response to low inflation is reflected in the fact that the policy rate adjusted for inflation has been negative - and significantly so - all through the recent episode of high inflation. And that is true even after the two recent hikes of the repo rate by the new governor.

What will it take to bring down inflation?

A pre-condition, of course, is that fiscal deficits (actual not accounting, current not future), and especially spending, need to be brought under greater control. But that may not be enough. If politics and society do not place a premium on moderating inflation to moderate levels, it will take courage on the part of the RBI to deliver on its mandate of low inflation. The question is this: if realising low inflation will essentially amount to social and political insubordination, will the RBI be willing to enter and win an unpopularity contest?