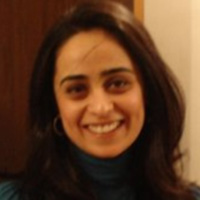 India suffers from a lack of comprehensive and real-time data on employment which has made it difficult for policymakers to assess the extent of employment generation at different points of time. Much of the data on jobs is generated with a considerable time lag and is often restricted to the organised sector. To address these gaps and revamp the existing employment data systems, the government has put in place a Task Force. New employment data is not likely to be available until the latter half of next year but understanding and analysing employment trends in the interim period is imperative. In a recent study, I attempt to undertake a detailed analysis of multiple data sources and surveys to examine latest employment trends (Kapoor 2017). The study confirms the languid pace of job creation in India over the last few years. Despite being one of the world’s fastest growing economies, job growth in general and formal job growth in particular, leave much to be desired. Here, I highlight a few statistics which underscore the severity of India’s job crisis.

First, data from the Labour Bureau’s Annual Household Employment Survey shows a decline in total employment from 480.4 million (2013-14) to 467.6 million (2015-16). More specifically, in the manufacturing sector (both organised and unorganised), total employment declined from 51.4 million to 48.1 million over this period. The only sector to have witnessed a significant increase in employment during this period is wholesale and retail trade, where employment increased from 43.7 million to 48.1 million.

Second, I examine data from the Annual Survey of Industries (ASI), an enterprise survey which covers only the organised manufacturing sector. Here, I find employment to have increased from 12.94 million in 2013-14 to 13.25 million in 2014-15. What is particularly noteworthy here is that, of the paltry 315,000 jobs created over this time period, 85.02% were contractual jobs. Since ASI data is not available beyond 2014-15, I attempt to generate an alternate employment series for this sector using data from India’s National Accounts Statistics (NAS). Although the NAS does not report employment data, the reported Gross Value Added (GVA) series is used to generate employment estimates. I construct estimates of the employment elasticity of GVA for each of the industry groups reported in the NAS. These elasticity estimates capture the responsiveness of employment to changes in GVA. Using the changes in GVA reported in the NAS and elasticity estimates, I compute changes in employment. It is important to clarify here that due to the revision in India’s NAS, the manufacturing sector which was previously divided into the organised and unorganised sector, is now divided into the Private Corporate Manufacturing Sector (PCMS) and household sector. While there are methodological differences, the two new groups loosely replace the earlier classification of organised and unorganised sectors. The employment series we create in our study corresponds to the PCMS and serves as a proxy for employment in the organised manufacturing sector. My calculations suggest that between 2014-15 and 2015-16, total employment in the PCMS increased by approximately 400,000. In the following time period (2015-16 to 2016-17), a little over 300,000 jobs were created in this sector. Given that it is the organised sector where the ‘good and productive’ jobs lie, such an abysmally sluggish pace of job creation is far from adequate.

Given the controversy surrounding the manufacturing sector and its various estimates in this revision, it is important to acknowledge the caveats of this methodology. While I compute employment elasticity of GVA using ASI database, I apply this on the GVA estimates obtained from the new NAS series. This may lead to some discrepancies. GVA data reported in the new NAS series is estimated using audited accounts from the mandatory filing of company balance sheet data with the Ministry of Corporate Affairs. Rajakumar (2017) explains that since these statistics are compiled from the companies’ annual financial statement, the GVA reported from these includes not only manufacturing activities but also various services rendered by the enterprises’ head office and other functional departments. On the other hand, the GVA reported from ASI, where the establishment is the unit of analysis as opposed to the enterprise captures only organised manufacturing activities. To the extent that we incorporate non-manufacturing activities in GVA, employment estimates maybe biased. Further, I assume that the elasticity of employment has remained constant over recent years. If the employment elasticity of output has indeed fallen as suggested by Mehrotra et al. (2013) since 2000, then we may well be overestimating employment growth.

Third, I examine the NSSO’s (National Sample Survey Organisation) recently released ‘Unincorporated Non-Agricultural Enterprises’ (73rd Round) which provides data on unregistered/unorganised firms in the non-agricultural sector (excluding construction) for the year 2015-16. The previous survey was conducted in 2010-11. Comparing data from these two rounds, I find that total number of workers engaged in unorganised manufacturing enterprises increased from 34.88 million to 36.04 million between 2010-11 and 2015-16. Importantly, it was household enterprises (which operate without any hired worker) that accounted for much of this increase (1.82 million). On the other hand, the total number of workers engaged in non-household establishments (which employ at least one hired labour) declined by 0.67 million. There is significant variation within the unorganised sector as household enterprises pay lower wages and have lower productivity as compared to non-household establishments. Thus, there are significant welfare gains to be made by transitioning from household to non-household establishments. The increasing employment in household enterprises is indeed a disturbing phenomenon. It does not reflect ‘capitalists in waiting’ or productive engagement in entrepreneurial activity. In fact, it seems to be a consequence of the lack of alternative decent employment opportunities.

Fourth, I examine statistics from various administrative datasets relating to payrolls, social security systems, and provident fund for compiling information about the labour market. The Task Force has suggested that these sources can potentially be exploited to collect employment data and gauge the extent of formalisation of the labour force. However, these numbers need to be interpreted with caution as there is significant overlap and duplication across these schemes. We would need a common identifier across these datasets to avoid double-counting. Further, new entries into these datasets do not necessarily reflect new jobs. For instance, the Employees' Provident Fund Organisation (EPFO) database reports that the total number of EPF accounts stood at 171.4 million on 31 March 2016 up from 117.8 million in March 2014. These numbers can be misleading for several reasons. First, only 22% of these EPF accounts received contributions during the year 2015-16 (Lok Sabha Question, 2017). This discrepancy arises as, very often after switching from one establishment to another, members do not withdraw or get their balance transferred to the new PF account. Second, it is not statutorily mandated for members to withdraw the accumulations after they are no longer in employment. As a consequence of the above, several members have multiple accounts and a number of them are classified as ‘Inoperative Accounts’. Third, estimates computed using this dataset may well end up underreporting formal employment. This became particularly evident during the ‘Employment Enrollment Campaign’ launched in January 2017 to extend PF benefits to employees hitherto deprived of them. The subscriber base of the EPFO rose by 10.1 million in the last six months as a consequence of the scheme. This is a significant development as it means more employees will now be covered under a bigger social security net. However, it does not reflect net job creation. Another important source in this context is the government’s recently launched National Career Services (NCS), which attempts to provide a nationwide online platform for job seekers and employers. As of 31 March 2016, 36.25 million job seekers were registered on the NCS portal. By 31 October 2017, this NUMBER had increased to 39.92 million against a mere 773,000 vacancies posted on the exchange. An analysis of the NCS data is fraught with several challenges such as limited coverage and the fact that job seekers registered on the exchange are often already employed in low-paying establishments and are in search of better paying and more productive jobs in the organised sectors of the economy. However, it still reinforces the enormous gap between the pace of job creation and demand for productive jobs.

An examination of multiple datasets reaffirms the acuteness of India’s jobs crisis. Importantly, we need to be cognizant of the fact that employment continues to be dominated by low-wage and low-productivity activities in the unorganised sector. Thus, simply creating a large number of jobs in the face of intensifying demographic pressures is inadequate; they need to be ‘productive jobs’.

Is the structure of Indian manufacturing geared towards job creation?