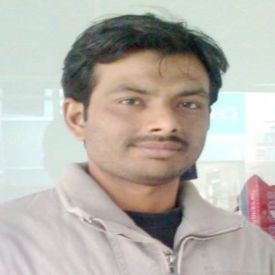 In just two years, the alcohol addiction of an entire village could be eliminated due to the efforts of a school’s students and their teacher in Sangli district of Maharashtra. In this note, Shirish Khare highlights how this change was brought about by talking to and sharing the stories of people from the village.

It is very arduous to change the drinking habit of a person addicted to alcohol. However, in just two years, the alcohol addiction of an entire village was eliminated by the children of one school in Sangli district of Maharashtra. Their teacher said this is the result of Mulyavardhan, which is a school-based value education programme initiated by a non-profit, Shantilal Muttha Foundation to nurture caring, responsible, and democratic citizens.

Pandejhari is a small drought-hit village of Jat block, about 150 km away from Sangli. Here the farmers cultivate sorghum and millet. Besides, grape cultivation is given priority when water is available. The locality is sparse, and the population is less than expected. Chandrakant Kamble is the Sarpanch (village head) of the village.

Kamble said, "There was an incident one and a half years ago, that I had not even thought would ever happen. My son Arvind, who is a second grade student, told me that he would not eat meals. I tried to give him solace and asked the reason for his obstinacy. He told me to stop consuming alcohol." Kamble was surprised to hear that as no one in the village had said this to him. To understand what influenced Arvind, he went to Arvind’s school the next day. There he met his teacher Dilip Waghmare.

Kamble told the whole incident to Waghmare, who in turn enlightened him about Mulyavardhan. The teacher told Kamble that children discuss about their good and bad habits in the Mulyavardhan classes. The children also talk about the habits of their close family and others around them. While doing this, students also discuss how alcohol and tobacco consumption is harmful to health. This is how Arvind felt that his father should not consume these substances, and told his father that if he stopped using them, it would set a positive example to help other people of the village get rid of it too.

According to Waghmare, Kamble became emotional after hearing this. As the Sarpanch, he took a resolution to launch a de-addiction campaign for the people of the village under the leadership of the children.

Dilip Waghmare teaches around 48 students from first to fourth grade at the school, of which 26 are boys and 22 are girls. From 2017 onwards, Mulyavardhan has been implemented in the school.

According to Waghmare, there were a lot of obstacles in running the de-addiction campaign. He said, "There are not even 50 students in our school from a locality which has a population of 300 people. So the first question in front of us was: what do we do?"

Waghmare said that he first organised some special sessions of Mulyavardhan for the students, in which there was a discussion on the consequences of alcohol addiction with the students. Experts, thinkers, and social workers were invited to give lectures to the students. Students then shared their learnings about the harmful effects of alcohol addiction with people in their homes, neighbourhood, and village. The students also made the villagers aware about the high incidence of mouth cancer in people due to tobacco consumption while also showing them pictures of mouth cancer. Ultimately, a time came when the family of the students joined them for the de-addiction rally around the village.

The awareness programme led to many villagers being able to cope from their substance addiction in a span of almost two years, which is illustrated in the following conversations with the villagers.

Aarti Kaure, who studies in the third grade, said, “When I asked my grandfather to leave Gutkha1, he did not listen. Even after I told him again and again, he would secretly eat it. Once I saw him eating Gutkha and started crying. Then he had to say, do not cry, I will not eat from now!’’

Godappa Dhanshri of the village said, "My dad would give me money to bring Gutkha for him. One day I said to him, if this (Gutkha) is so good, then I will eat it too! He said it is very bad. I said if that is so then you would also not have eaten it. That's how I stopped him from eating Gutkha.”

Villager Godappa Kulade said, “To beat any form of addiction is not easy, but, because of the love of our kids, we decided to quit eating Gutkha. According to Kulade, there was a high percentage of Gutkha-eating people in the village two years ago. Today only about one of 50 people is seen eating Gutkha.”

The villager Balaji Padalwar said, "It is not that I was not aware of the ill effects of alcohol, but when the children and all the villagers started to condemn alcohol addiction, that is when I got motivated to change my excessive drinking habit”.

Finally, an elderly woman, Kalpana Kaure said, "It is our duty as adults to inculcate good habits in our children.  But, when the children tell us what's good and what's bad, it feels bad in the beginning but seems good in the end.”