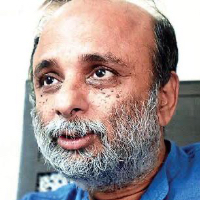 Analysing India’s 2022-23 Union Budget, Neeraj Hatekar contends that MNREGA, the rural job guarantee programme that has not received additional funding vis-à-vis 2021-22 budget estimates, should be leveraged in dealing with the looming agriculture crisis. He also examines the deterioration of health and nutrition indicators, and puts forth the view that there are no significant initiatives in the Budget to address this.

The 2022-23 Budget was announced against the backdrop of two critical challenges. No, they have nothing to do with the pandemic – though the pandemic was challenging enough. The first serious challenge has been the central government’s inability to raise sufficient resources, which has been a problem for some years now. The government aspires to achieve an 8% tax-GDP (gross domestic product) ratio but has so far been unable to do so. The attempt to fill in the gap with disinvestment has also been by and large unsuccessful – falling short by Rs. 10,000 crore last year. The surge in GST (goods and services tax) revenue this year has come mainly from imports, which is tantamount to living off the current account deficit. On the other hand, profit taxes have not grown commensurately with the rise in profits, and income taxes have also not surged enough. Overall, there have been no real tax gains. So, the head room for spending, which the latest Economic Survey (2021-22) hoped for, has not been achieved – especially given the constraint of keeping the fiscal deficit in check. Then, we have the issue of the two huge elephants in the room that the Finance Minister did not address – these have been present from before anyone had even heard of Covid-19.

The first is the looming crisis in agriculture. Let us consider the “Situations Assessment Report of Agricultural Households and Land Holdings of Households in Rural India, 2019” survey conducted by the NSSO (National Sample Survey Office) during their 77th round (January-December 2019). According to this report, the average agricultural household in the country earns Rs. 3,058 per month as net receipts from the sale of crops (after allowing for all expenses, including imputed expenses), Rs. 4,063 as wages, Rs. 441 from the sale of animals, and another Rs. 641 as net receipts from non-farm businesses. To put these numbers in perspective: The last poverty line that we have by the Rangarajan Committee for 2012, is a monthly expenditure of Rs. 4,860 for a rural family of five. If we update this using the private final consumption expenditure deflator, this works out to be about Rs. 7,500 in 2019. This shows that in 2019 the average rural household would not have been able to stay above the poverty line purely on the basis of proceeds from sales of crops at 2012 prices, let alone 2019 prices.  Households would have to find wage work to stay afloat. Agriculture, by itself, especially smallholding dry-land agriculture is no longer an economically viable enterprise. The main problem is the rising prices of fertilisers, pesticides etc., which account for about a third of the cultivation expenses, and the uncertain prices for produce. This is where social programmes like MNREGA1 (Mahatma Gandhi National Rural Employment Guarantee Act) become relevant. Even during the period of high economic growth between 2004 and 2012, extant research points to the significant role played by MNREGA in reducing poverty, along with other attendant benefits. Not only has it had an impact on poverty, but education, empowerment of women, dietary intake and infant nutrition, have all shown to have been positively affected. There has also been a reduction in violence and distress migration. A study on a panel of 45,000 households concluded that MNREGA has been responsible for nearly a third of the observed poverty reduction between 2004 and 2012 (Afridi et al 2013, Das 2015, Das 2018, Desai at al. 2015). It is now well-understood that growth does not automatically trickle-down even when it is robust. In the current scenario with faltering growth (minus the base effects – the quarterly GDP growth rate has been slowing down from the third quarter of 2017), it is even less likely that poverty and distress will automatically vanish, solely on account of it being the “amrit kaal”2. Reducing poverty requires that significant policy interventions be directed specifically towards the poor. The MGNREGA is one major intervention that could have been reworked to some extent to create sustainable, broad-based, and inclusive growth impulses at the bottom of the pyramid. More than 260 activities can be undertaken under MNREGA, and it can become a powerful tool for bringing resilience to poor households while simultaneously generating growth. To take an example, if MNREGA pays the poor to build cattle sheds on their farms, this will create employment and generate demand for materials.

Yet, given the delays in the disbursal of payment for materials, suppliers are generally unwilling to extend credit lines for months or years, with no guarantee of final repayment. Another major area for potential reforms is in the sphere of governance. The Act provides transparency at all levels except at the block level, where the de facto power is concentrated. As a result, at the subdistrict level, bureaucrats dominate how Act is managed. Block Development Officers and Junior Engineers have often succeeded in imposing their priorities on local councils who in law should have the upper hand.  These bureaucrats often hamper the implementation of the scheme and pressurise local councils for kickbacks. However, the scheme also cannot function without these officials and Hence, this needs to be reworked. These are some areas where the Act needs to be reformed, and a reformed Act will generate employment and incomes, and the subsequent spending will have multiplier effects that the government is hoping for. Would this not be a more direct way to generate growth that really filters down, rather than the roundabout method of building highways?  Yet, has been missed out in the 2022-23 Budget. The allocation for MNREGA goes back to the budget estimates of the 2021-22 Budget, lower than the revised estimates of 2021-22 Budget, and much lower than the actuals of 2020-21 Budget. We must stop looking at MNREGA as only a solution to ‘distress’.

We need to create jobs, pronto. Unfortunately, providing ‘skilling’ through publicly regulated institutions is not expected to work well. We are all aware of how the State-governed schooling and higher education system work, and it is the failure of this system that has created the need for ‘skilling’ in the first place. So, the hope that we can skill young women and men to match the dynamic and ever-changing needs of the market might only be an illusion. It would indeed be better to let the market work here – generate the demand for skilled personnel, masons, carpenters etc., through ground-level spending via a tweaked MNREGA and let the market work its magic by allowing private skilling institutions to mushroom. The delays in payments can be avoided by streamlining procedures. One possibility is to deviate from the policy of crediting the money for materials directly to the beneficiary’s account as this is likely to result in the fear of eventual non-repayment. Suppliers may tolerate the delayed payment, but there is no credible manner in which the beneficiary can be made to repay the suppliers if they eventually do not want to. Instead, the sums for materials only could be credited to the account of the local council. Suppliers have ways of dealing with the official system and one of the benefits of this will be the increased demand for skilled people with the right skill sets at the ground level – such as masons, carpenters etc. ‘Regulating to ensure quality’ is another motto of the Indian educational system; there is no need to do that as the good skilling institutions will survive, and the bad ones will be detected by the trainees and vanish on their own.

Lack of significant initiatives with regard to health and nutrition

The other elephant in the room, is in the findings of the National Family Health Survey (NFHS)-5 (2019-21). The NFHS-5 shows significant improvements in the delivery of several critical health inputs. India has also made good progress in the areas of clean fuel, immunisation, and so on. Yet, the rate of increase in literacy as well as rate of improvement in nutrition indicators have slowed between NFHS-4 (2015-16) and NFHS-5. Anaemia among children under the age of five has increased alarmingly – two in three children in this age group are now anaemic. Anaemia has also not spared adult women and men, with a marginal increase in the former case and a 4% increase in the latter case. There is also the emerging challenge of obesity. The percentage of women who are obese or overweight has increased to 24% in the NFHS-5 from 20.6% in NFHS-4., and the percentage of overweight children has increased from 2.1% to 3.4%. In addition, with the total fertility rate falling to near-replacement level, the problems of managing the elderly, both medically and financially, are going to become critical during the “amrit kal”. A significant initiative was needed in this direction but is absent from the Budget. What we have instead is the mere lumping together of three previous schemes, with a new name of Saksham Anganwadis and Poshan 2.0 while the allocations as well as the delivery mechanisms remain the same3.

The government has not been able to mobilise enough resources. Yet, under pressure from ‘growth lobbyists’, it has chosen to significantly increase capital expenditure. However, it has done this at the cost of not spending enough for an alternative way of achieving growth, employment, and better health. The two elephants in the room are angry elephants. They will not go away simply because the ostrich would like to pretend that they are not there, and they need to be tackled during this “amrit kaal”.