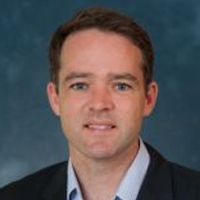 Many governments commit significant portions of their budgets to building and maintaining transportation infrastructure. For example, nearly 20% of the money lent from the World Bank to developing countries is earmarked for transportation infrastructure projects, which is more than education, health, and social services combined. Some of these projects, such as the Interstate Highway System in America or the National Trunk Highway System in China, are breathtaking achievements of engineering. But the costs of projects like these are also breathtaking, and their economic benefit is often unclear.

Recent research finds that the economic benefits of transportation infrastructure investment can be significant.

To measure some of these benefits I analysed two of the most ambitious transportation projects in history: the building of the vast railroad system in India by the British government from 1870 to 1930 (Donaldson forthcoming), and the dramatic expansion of the railroad network in America from 1870 to 1890 (Donaldson and Hornbeck 2016).

This work measures three key features of the Indian and American experience with railroad expansion:

The result of this historical analysis suggests that the economic gains from transportation infrastructure can be substantial. And the true economic impact may not be known until years after a project is completed. Naturally, it is important to use caution when generalising these conclusions to validate present-day infrastructure proposals that may not have the same outcome on expanding trade.

Nonetheless, the historical examples from India and America clearly illustrate the economic benefits that are possible when nations invest soundly in their transportation infrastructure.

Measuring the true costs of trade can be difficult since transportation users rarely record the full economic costs of a journey. It’s not simply the price of the journey, but other aspects such as trip duration and the risk of damage or delay along the way. To account for such costs, I drew on the theory of market arbitrage, which states that if an identical product is selling for different prices in two geographic locations, then the price gap would be equal to the total cost of moving the product between those two locations.

Colonial India provides a rare example of a setting in which it is relatively easy to learn from arbitrage when it came to trade in salt. Due to the heavy regulation of salt production by the British government in northern India, distinct varieties of salt were produced in just a few locations. One can estimate how much it cost to move goods like salt by comparing the prices of such salt varieties across points in space where salt was consumed. By comparing trade costs before and after the journey, we can see how the new railroad network helped to reduce the costs of moving goods.

Access to the railroad allowed remote locations in India to cheaply trade with the rest of India and the world. Trade via railroads was less expensive than road trade – goods could be shipped 800 km by rail for the same price as 100 km by road. Rail trade could also occur for the same price at four times the distance of water-based (river or coastal) trade.

The case of America’s railroads was similar. Extensive research by Robert Fogel (1964) tracked the full costs of transporting various goods by rail and its alternatives, and per his calculations, railroad trade was significantly less expensive than trade by road, but not substantially cheaper than water-based trade like India. This is not surprising given the impressive waterborne navigation facilities and technologies available in the US in the late 19th century. The advantage of railroads came from their proliferation throughout much of the country, reaching a density of transportation corridors far beyond what was available by water.

Railroads clearly reduced the cost of trading and the access to low-cost routes. But did these lower costs lead to much increased trade among transportation users? To answer this question in the case of India (where the provision of intra-national trade data made this possible) I estimated the ‘trade elasticity’ - the proportion by which trade flows grew as trade costs fell. The Indian trade data imply that this elasticity is about four – for every percentage reduction in trade costs, the volume of trade would rise by about 4%. While this method for estimating trade costs was only obtained for one commodity – salt – there was a pronounced response of trade to railroads in all commodities.

Measuring the economic benefits of railroad access is challenging because of potential ‘spillover effects’, which can be both positive and negative.

Though it is tempting to compare the evolution outcomes over time in similar regions that gained rail access with those that did not (a standard difference-in-differences approach), such a comparison would only isolate the relative fortunes of the two regions without accounting for any positive or negative spillovers from one region onto the other.

For instance, a region without rail access could see its own transport costs fall when a neighbouring region gains railroad access; or it could be that the increased prosperity in the region with rail access creates greater demand for the products of its neighbouring regions, including those far from the railroad. These positive spillovers will lead the estimate of relative effects to be smaller than they would be in the absence of spillovers. Thus the economic benefits would be underestimated, both because we would estimate only a small relative effect, and also because we would fail to capture the additional positive effect on regions without direct access.

Spillover effects can also be negative, for instance when regions compete against one another for finite demand for their products. A region’s privileged access to transport facilities allows it to sell its products more cheaply in third markets than is profitable for regions far from the rail network, and this inflicts economic harm on regions without rail access. These negative spillovers mean that the measured relative effects will be particularly large, yet the true effect will have been quite small since the negative spillover effect on the area without rail access goes unaccounted for.

Since the nature of transportation infrastructure projects like railroads involves connecting regions to one another, properly calculating the positive and negative spillover effects is an important consideration when measuring the overall economic impact.

Progress can be made in isolating the spillover effects of transportation infrastructure by drawing on insights from the powerful “gravity” model of trade, which shows that bilateral trade flows are proportional to the size of the two trading economies and (inversely) to their distance from one another. For example, large regions tend to buy proportionally more goods and services from their neighbours. The model also assumes that:

The gravity model stands on firm empirical and theoretical footing and has been used to accurately predict trade flows between countries for a variety of goods and services. This footing can be used to derive a methodology for estimating the impact of transportation infrastructure that would be purged of the positive and negative spatial spillovers. This method effectively draws on the assumption that the gravity model is a useful approximation to real-world trading behaviour in order to guide an analysis of how regional interactions, via trade, create spillovers of infrastructure projects.

An additional prediction of gravity models is that there should be a stable relationship between the economic welfare in any region and its ‘market access’, a variable that summarises how connected a region is to all other locations. Studying this relationship provides a way to measure the effect of railroads on economic welfare that excludes spillover effects since spillovers take place within the market access variable.

When observing the railroad network in India, I estimated that in a typical district, the arrival of railroad access caused real GDP in the agricultural sector (the largest sector of India’s economy at that time) to increase by around 17%. There is also striking evidence in favour of the sufficient statistic prediction in this context.

In the case of the US, there is no historical measure of local GDP, but a powerful alternative is the value of land in a location. In settings where most factors of production (capital and workers) are geographically mobile, the benefits of residing in a location will be capitalised into the value of land. My estimates with my colleague, Richard Hornbeck, imply that a counterfactual 1890 US economy without railroads would have seen a 60% reduction in the value of aggregate farmland.

While these are only two historical case studies, and extrapolating from them to a full understanding of the returns of modern-day investments cannot be done without great care, these lessons from history teach us not to underestimate the economic benefits of transportation infrastructure.

In this setting, there is some evidence that counties benefited from railroad access even after accounting for their benefits of market access. This violates the gravity model’s sufficient statistic prediction and suggests that railroads enacted change in local economies above and beyond what is encompassed in the model. Future work could explore this finding by building a similar concept to market access for a less parametric version of the gravity model.

The historical railroad projects in India and the US demonstrate sizable economic benefits. In both cases, benefits were substantially larger than the project construction costs. In the case of the US, the benefits were much larger than the hypothetical system of extended canals that were a plausible alternative use of the funds spent on railroads. These estimated benefits focus only on the short-term movement of goods and ignore the positive outcomes on mobility of people, capital, and ideas, implying actual benefits might even be greater.

This column first appeared on: http://microeconomicinsights.org/economic-benefits-transportation-infrastructure/.