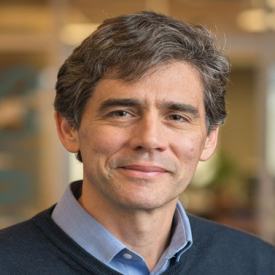 This year’s Nobel Prize in Economics has been awarded to David Card – for his empirical contributions to labour economics – and Joshua Angrist and Guido Imbens – for their methodological contributions to the analysis of causal relationships. In this post, Thomas Lemieux discusses the contribution of the Nobel laureates in revolutionising the way empirical work is conducted in micro-oriented fields, particularly through the use of natural experiments to answer important economic questions, and new econometric tools to interpret the results.

David Card, Joshua Angrist, and Guido Imbens were awarded this year’s Sveriges Riksbank Prize in Economic Sciences in Memory of Alfred Nobel. Card was awarded half of the prize for “his contributions to empirical labour economics”, and Angrist and Imbens were awarded the other half of the prize for “their methodological contributions to the analysis of causal relationships”.

The honour bestowed on Card, Angrist, and Imbens comes as little surprise to most empirical economists. These three eminent scholars have been at the centre of a revolution in the way empirical work is being conducted in micro-oriented fields. Back when Angrist and I started our doctoral studies at Princeton in 1985 (we were classmates), state-of-the art empirical work typically consisted of using small datasets to estimate underlying model parameters using sophisticated econometrics, at least by the standards of the time. Empirical micro economists were well-aware of possible sources of bias in these estimated parameters due to endogeneity problems1, omitted variables, and selection biases. While many studies would simply gloss over these issues, several leading researchers grew increasingly concerned at the perceived lack of credibility of empirical work in economics.

The credibility revolution in economics

In a radical departure relative to the econometric practice at the time, the three new Nobel laureates used randomised controlled trials as an inspiration to get as close as possible to this ‘gold standard’ using non-experimental data. The approach had been advocated for several years by Orley Ashenfelter of Princeton University – the research mentor and thesis supervisor of Card and Angrist. Ashenfelter had written influential papers on the impact of training programmes back in the 1970s. For instance, Ashenfelter (1978) used what is now called a ‘difference-in-differences’ design to estimate the effects of training programmes on future earnings. In the study, longitudinal data were used to compare the evolution of earnings of programme recipients relative to those of a control group (that is, those who did not receive training). Interestingly, the conclusion of the research was somehow negative, as Ashenfelter noticed an earnings dip among programme participants just prior to receiving the training. This famous “Ashenfelter dip”, linked to the fact that future trainees had to experience a low income spell to qualify for government-sponsored training, is now called a failure of the ‘pre-trend’ assumption in modern parlance. The work showed that even when one uses treatment-control comparisons as in randomised controlled trials, some form of natural randomisation is essential for treatment-control comparisons to yield valid estimates of treatment effects.

A key contribution of Card, Angrist, and their long-time collaborator Alan Krueger was to use natural experiments generated by policy, institutional, or environmental factors to estimate economic parameters. Card started off by writing a highly influential, yet simple, paper on the impact of Cuban immigration induced by the Mariel Boatlift (Card 1990). Due to an unpredictable decision by Fidel Castro, over a 100,000 Cuban migrants arrived in Miami in the early 1980s, increasing the size of the Miami labour market by more than 5% in a short time period. Contrary to the predictions of a simple model of local demand for labour where immigrants compete with the native born, Card found no adverse impact of the Boatlift on the employment and wage outcome of natives.

Around the same time, Angrist wrote what is now a classic example of how the instrumental variables approach can yield credible estimates of causal parameters when the instrument is “as good as random”. The question at hand was to estimate the impact of military service during the Vietnam War on future civilian earnings. Instrumental variables have a long and venerable history in economics and econometrics as a way of solving endogeneity problems. For instance, when trying to estimate a demand curve in a supply and demand system, a well-known solution is to use a variable shifting the supply curve to trace down the demand curve. In that setting, the supply shifter is an instrumental variable for estimating the demand curve under the strong – and typically arbitrary – assumption that it only affects demand through its indirect effect on prices. By the 1980s, few empirical researchers thought the exclusion restrictions at the core of instrumental variables methods were credible. The problem was that researchers would typically state, without much justification, that a certain variable was to be used as an instrumental variable.

The key contribution of Angrist’s paper was to use an institutional feature in the Vietnam War draft that generated natural variation in the probability of military service (Angrist 1990). Due to an oversupply of potential draftees among large baby boom cohorts, the US Selective Draft Service decided to randomly select young men based on their date of birth. Thanks to this peculiar institutional feature, Angrist was able to construct an instrumental variable for military service that was “as good as random”. He also showed how the instrumental variable strategy could be implemented, using a simple contrast between a treatment and a control group based on birth dates. This provided a highly transparent way of showing how instrumental variable estimation worked, unlike previous regression-based implementations of instrumental variable strategies where underlying source of variation was hard to grasp.

The early work by Ashenfelter, Angrist, and Card had a profound impact on labour economists who had long been interested in models of wage determination where factors like human capital and local supply play an important role. At first, researchers in most other fields did not pay too much attention to this new research. This all changed when David Card and Alan Krueger published their influential work on the employment effect of the minimum wage. In a series of papers culminating with their famous New Jersey-Pennsylvania study, Card and Krueger showed that, contrary to the predictions of a simple neoclassical model, higher minimum wages did not lead to employment losses (Card and Krueger 1994). To conduct their study, Card and Krueger collected survey data on fast-food restaurants before and after an increase in the New Jersey minimum wage. Pennsylvania, a neighbouring state that did not increase its minimum wage, was the control group. This made it possible to use, once again, a simple and transparent difference-in-differences design where it was very clear why the minimum wage did not ‘kill jobs’.

The minimum wage holds a central place in economic education as a celebrated example of how well-intentioned policies may have unintended effects. Telling the entire economic profession that this view was incorrect was not well-received at the time. But willingly or unwillingly, Card and Krueger made it clear to economists that there was a new game in town, and that simple theory-based economics would no longer win the day in the age of data-based research and natural experiments.

As empirical microeconomists started to realise the potential of natural experiments, it remained unclear how treatment effects obtained using these approaches should be interpreted. For example, Angrist and Krueger wrote an influential paper using compulsory schooling rules as an instrumental variable to estimate the rate of return to education. In a reasonable setting where there is heterogeneity in returns across individuals, it is unclear how to interpret estimates based on instrumental variables estimation. In a major methodological contribution, Imbens and Angrist (1994) showed that under reasonable assumptions, instrumental variable estimates could be interpreted as ‘local average treatment effects’ (LATE) among individuals induced to increase their education.

Between powerful examples of how natural experiments can be used to answer important economic questions, and new econometric tools to help interpret these results, the stage was now set for a revolution in the way empirical work is being conducted in micro-oriented fields. The pioneering research of Card, Angrist, and Imbens quickly became an inspiration for a whole new generation of empirical economists. Clarity, transparency, and credibility are the new motto of empirical work. Economics has indeed changed for the better thanks to the transformational contributions of David Card, Joshua Angrist, and Guido Imbens.

Doing our bidding: Auctions and the greater common good