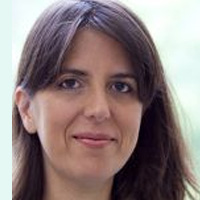 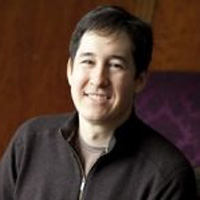 When does culture persist and when does it change? This column examines a determinant that has been put forth in the anthropology literature: the variability of the environment from one generation to the next. It finds that populations with ancestors who lived in environments with more stability from one generation to the next place a greater importance in maintaining tradition today, and exhibit more persistence in their traditions over time.

Increasingly, economists are coming to understand the role of culture and its importance for economic development (example, Nunn 2012, Spolaore and Wacziarg 2013). One characteristic of culture is that it is often quite persistent (example, Fischer 1989, Fernandez 2007, Giuliano 2007, Fernandez and Fogli 2009, Algan and Cahuc 2010, Voigtlaender and Voth 2012). However, there are also many examples of dramatic changes (for example, Becker and Woessmann 2008, 2009, Cantoni 2012, 2014, Mead 1956, Firth 1959, Kupperman 1995). This raises the natural question: When does culture change and when does it persist? In particular, what determines a society’s willingness to adopt new customs and beliefs rather than hold on to traditions?

Testing for a determinant of cultural persistence

In a recent study (Giuliano and Nunn 2017), we tackle exactly this question and test for a determinant of cultural persistence that has been well-developed theoretically in the evolutionary anthropology literature (for example, Boyd and Richerson 1985, Aoki and Feldman 1987, Rogers 1988, Feldman, Aoki and Kumm 1996, Boyd and Richerson 2005). This is the stability of the environment across generations. The intuition for why this matters is as follows. First, consider a population living in a very stable environment. In this setting, the customs and beliefs of one’s ancestors are particularly helpful in deciding what actions are best in the current setting. Given that the customs and beliefs have evolved and survived up until the previous generation, it is likely that they are beneficial. Next, consider a population living in a very unstable environment, where the setting of each generation changes so much that the customs and beliefs of the previous generation are unlikely to be relevant for the current generation. In this setting, the traditions of one’s ancestors are less relevant and less likely to be beneficial in the current setting.

We take this hypothesis to the data and test whether societies with ancestors that historically lived in environments with more environmental instability across generations value tradition less, are more likely to adopt new cultural values, and exhibit less cultural persistence over time. We measure the variability of the environment as the standard deviation of the average temperature across 20-year generations from 500-1900 A.D. (Mann et al. 2009). The variation in our constructed measure is shown visually in Figure 1. 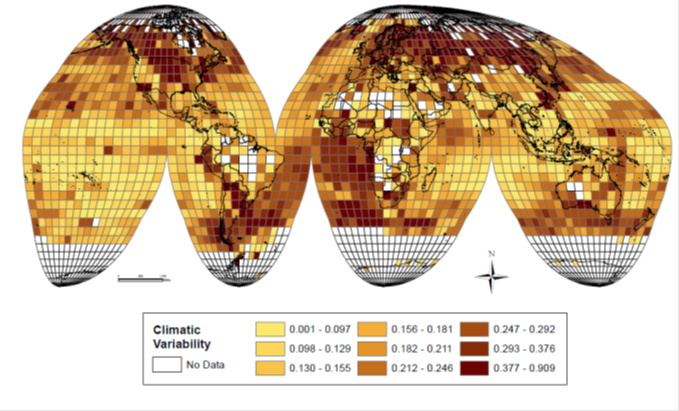 Our empirical analysis uses four strategies to test our hypothesis of interest. The first is to examine self-reported views of the importance of tradition. Looking across either countries or ethnic groups within countries, we find that having ancestors that experienced more climatic instability across generations is associated with a weaker belief in the importance of maintaining traditions and customs today.

Our second strategy measures the importance placed on tradition as revealed by the observed persistence of cultural traits. We examine three cultural practices for which data are available across societies and over long periods of time: female participation in work outside the home, polygamy, and cousin marriage. We find that although these traits have tended to persist historically, there is significant heterogeneity. One observes much weaker persistence for countries with ancestors that experienced a greater instability of their climate from one generation to the next. For the least stable societies, persistence is close to zero, while for the most stable it is fairly close to one.

Our third strategy examines the stability of a group’s customs and traditions when faced with a large shock that causes these traditions to change. Specifically, we study the descendants of immigrants who moved to the US. Immigrants bring their traditional customs with them, but live in a new environment with a new set of practices and values. Therefore, there is a natural weakening of traditional practices. Our analysis examines whether individuals from societies with ancestors who lived in unstable environments are less likely to hold on to their traditional practices. Examining whether children of immigrants marry someone from the same ancestral group and whether they continue to speak their ancestral language at home, we find that the descendants of immigrants from countries that were more unstable historically are less likely to hold on to the tradition of their homeland.

One potential concern with the immigrant analysis is that immigrants are not necessarily a representative sample of the origin population. In addition, the non-representativeness may also differ systematically in a manner that is correlated with the independent and dependent variables of interest. Given these concerns, our fourth strategy examines non-immigrant populations that are faced with pressure to change their traditions and customs: indigenous populations of the US and Canada. Like immigrants, indigenous populations are minority groups whose cultural traditions differ from those of the majority population. However, unlike immigrants, they are not a small group selected by the immigration process. Our analysis examines the relationship between the cross-generational climatic instability of the land historically inhabited by the indigenous groups and the extent to which they are still able to speak their traditional language today. They find that, as with the descendants of immigrants, Indigenous populations with greater historical instability are less likely to speak their traditional language. They are more likely to have abandoned this cultural tradition and to have adopted English as their mother tongue.

Overall, for each of the four strategies and for both of the climate measures, we reach the same conclusion. Tradition is less important and culture less persistent among populations with ancestors who lived in environments that were historically less stable across generations. In addition to providing a better understanding of when we expect culture to persist and when we expect it to change, our study also provides a direct test of a class of models from evolutionary anthropology. The core characteristic of these models is the assumption that culture evolves systematically based on the relative costs and benefits of the cultural traits. Alternative models are also possible; for example, that culture is not systematic at all, and cannot be explained. Thus, our findings provide support for the evolution of culture as modeled in this literature. Testing these models is important because many of the current models of culture in economics – for example, Bisin and Verdier 2000, Bisin and Verdier 2001, Hauk and Saez-Marti 2002, Francois and Zabojnik 2005, Tabellini 2008, Bisin and Verdier 2017, and Doepke and Zilibotti 2017 – implicitly built on a number of important outcomes of models from evolutionary anthropology, such as the assumption of vertical transmission and social learning1.

Thus, the findings of our study provide empirical validation for the models in evolutionary anthropology that provide a foundation for the assumptions of many models used in cultural economics.