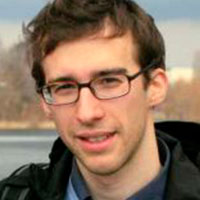 The Lieutenant Governor of Delhi recently said that the city is likely to become the first in India to have congestion charges in certain stretches. This column reports results from an experimental pilot in Bangalore that seeks to assess the effectiveness of congestion pricing as a solution to chronic traffic congestion.

Congestion pricing has long been promoted as a promising solution to chronic traffic congestion. In a recent International Growth Centre (IGC) study, I report the results from an experimental pilot of peak-hour congestion pricing policies in Bangalore, India, one of the most congested cities in the world (Kreindler 2018). I found that peak-hour pricing would only marginally improve travel times, and the benefits would be lower still when accounting for schedule costs for commuters induced to travel at different times. A key driver of this surprising result is that in Bangalore, it seems that adding a vehicle on the road increases travel times by a roughly similar amount at any level of congestion.

A theoretically attractive solution for a big problem

Traffic congestion is a chronic problem in large cities across the world. Slow but aggressive traffic, noise, and pollution fumes: this is a daily experience for millions of urban commuters. For example, study participants in Bangalore spent on average 1.5 hours driving each weekday, and the average trip speed was only 14 kilometres (km) per hour.

Economists have long recommended charging road users fees that scale with the amount of congestion. Technologically, this is possible using GPS devices or other car sensors, as well as license plate reading traffic cameras, and some cities are interested in implementing this type of policies. For example, Jakarta is at the bidding stage of installing Electronic Road Pricing to gain control over unruly congestion, while Singapore is transitioning to a pay-per-km model using GPS car units.

Congestion pricing policies are backed by common sense, as well as by economic theory. The idea is that drivers impose "externalities”, namely a cost on society, by slowing down traffic, generating pollution, etc. Typically, drivers do not take this into consideration, which leads to excessive congestion. Judiciously chosen pricing can, in principle, remedy this situation.

However, calculating how much to charge is not straightforward. Charging high fees will always reduce congestion, but this is not necessarily a good thing. These benefits must be weighed against the adjustment costs for drivers. Similarly, how much of an overall improvement in travel times – as well as net of adjustment costs – is also an empirical question.

I study congestion pricing in the context of within-day road traffic peak-hours. I implemented an experimental pilot with congestion pricing policies in Bangalore, and I developed a method to assess the impact of peak-hour congestion pricing on how individual drivers would respond, and on city-wide traffic throughout the day1. I focus on commuters who are using their vehicles, and who decide when to travel, within the day2.

This study has four main steps:

For this study, a team of surveyors recruited car and motorcycle (non-commercial) drivers in randomly selected petrol pumps in southern Bangalore. Of the approximately 8,500 eligible drivers, more than a quarter installed the study app on the spot, and, eventually, 497 took part in the experiment with congestion pricing policies. The small response rate is symptomatic of studies in urban areas, and the primary concern is that non-respondents would respond differently to pricing policies. I find that participants are younger than the typical driver approached, which is to be expected given the smartphone app component. Encouragingly, controlling for age there is no difference between participants and non-participants in whether they use a car (vs. motorcycle) or in the predicted vehicle price. 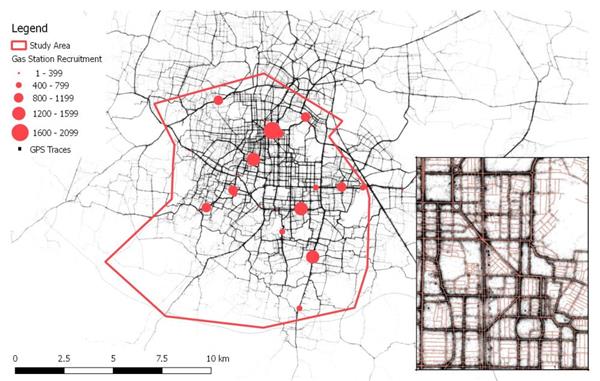 The first challenge is to collect accurate data on how people travel. To do this, I used a custom-designed smartphone app that efficiently collects location data throughout the day, which is then converted into time and precise route information for each trip. The data covers over 100,000 individual weekday trips and almost 1 million km of travel inside the city. I later use the same data to implement the pricing policies3.

I designed and implemented two broadly realistic congestion charge policies. Under the first ‘departure time’ policy, trips are charged according to a pay-per-km rate that is zero for off-peak departures, and higher for departures close to the peak hour. Under the second ‘area’ policy, commuters face a flat fee for driving through a small area along their usual route, chosen such that there exists a longer, untolled alternate.

In practice, charges were calculated automatically daily and subtracted from a prepaid virtual account. The account balance was transferred to the participants' bank account at the end of each week in the study.

Experimental results show that commuters have moderate flexibility to adjust trips away from typical work hours in order to save money. Under ‘departure time’ charges, commuters leave earlier in the morning and later in the evening. During the morning interval, participants advance their trips by around 4-6 minutes on average. Under ‘area’ charges, participants cross the congestion area less frequently by switching to longer routes.

I then interpret the results using a model of travel demand. The two key findings are: (1) commuters value time spent driving highly. (In other words, congestion is costly.) (2) Commuters have moderate schedule flexibility. For example, a typical commuter is roughly indifferent to leave one hour earlier than usual in the morning, if that results in faster travel time by 15 minutes.

Optimal congestion pricing depends crucially on the cost that drivers impose on society. I quantify the road speed dimension of this externality using all the GPS data collected on over 120,000 trips. I document that times of the day with higher traffic volume have higher travel times, and this effect is linear. This means that an additional vehicle on the road increases the average trip duration by a constant amount, for any level of existing traffic. This result is in contrast to previous research in transportation engineering in countries such as the US, where this relationship is typically convex. That is, studies focusing on highways typically find that adding a vehicle onto an already congested highway has a larger effect. This result suggests that the road technology in urban Bangalore is fundamentally different from highways in rich countries. This may be due to low speeds in Bangalore even when roads are free, differences in driving style, high fraction of motorcycles, etc. Encouragingly, Akbar and Duranton (2017) recently documented a similar shape relationship in Bogotá, Colombia.

Quantitatively, I find that a half-hour trip during the peak-hour increases the aggregate driving time of everyone else by around 17 minutes.

Figure 3. The ‘road technology’ or the impact of traffic volume on travel times 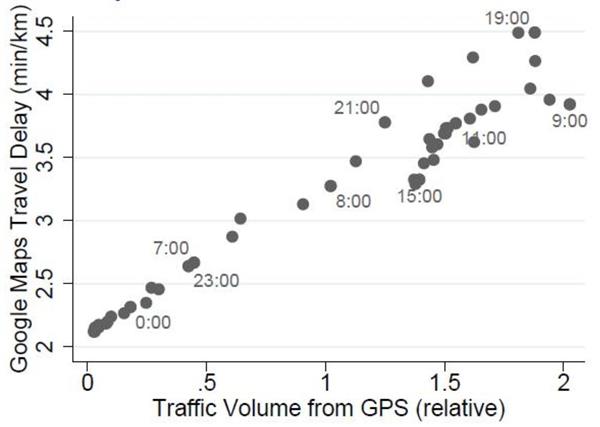 To make progress on understanding how a city-wide congestion pricing policy would affect traffic, I make several simplifying assumptions. I focus on the distribution of traffic during the day, around the morning peak-hour. I assume that commuters do not change their home and work locations in response to congestion pricing, nor the likelihood to use public transport, and that no trips are cancelled.

I use a model to simulate how a city-wide policy plays out. Commuter responses are based on the field experiment results, and when people travel affects traffic at different times of the day based on the road technology described above. I compare two scenarios: the current, unpriced, and inefficient situation, and the outcome with peak-hour congestion charges chosen optimally.

I find that peak-hour congestion pricing can only deliver small benefits in terms of faster traffic, and almost negligible improvements when schedule costs are taken into account. Specifically, under the optimum policy, average travel times are 2-6% faster depending on the benchmark, while the total trip cost (including both travel time and schedule costs) is, on average, only 0.5% lower - again of only Rs. 5 per commuter per day. Intuitively, the social value of the travel time saved by removing commuters from the peak hour is not significantly larger than the costs to those commuters of traveling at different, inconvenient times.

This study focussed on one margin of commuter adjustment that is plausibly most malleable in the short run, namely trip timings. In future research, it is important to rigorously measure how drivers in cities like Bangalore switch to public transport and adopt carpooling in response to pricing. A longer-run margin of interest is how people factor in commute times and monetary costs in their home- and work-location decisions. In addition, pollution exposure due to traffic slowdowns and motor vehicle accidents are two dimensions along which drivers generate externalities. A comprehensive evaluation requires quantitative estimates of these effects and their costs.

Bangalore shares traffic woes with many cities worldwide. However, it is possible that drivers in other cities may respond differently, for example due to different types of occupations. Importantly, the magnitude and shape of the road externality may be different, and this requires further research in other settings.

The mere existence of severe traffic congestion does not, by itself, imply that the gains from congestion pricing would be substantial. Indeed, in Bangalore I showed that peak-hour pricing would only have a small benefit in terms of traffic speeds.

This study provides a method that can be used in any city to understand how congestion pricing would affect road traffic. The first step should be to measure the road technology, or externality, in order to understand the scope for inefficiency of the current (unpriced) situation. Secondly, field experiments ca be used to measure commuter responses to pricing. Taken together, these two components allow simulating the city-wide impact of pricing on travel times and costs.