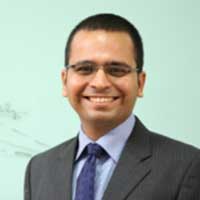 While it is true that the Indian corporate debt market has transformed itself into a much more vibrant trading field for debt instruments from the elementary market that it was about a decade ago, there is still a long way to go. This column systematically lays down the issues and challenges facing the corporate debt market in India.

At the current time, when India is endeavouring to sustain its high growth rate, it is imperative that financing constraints in any form be removed and alternative financing channels be developed in a systematic manner for supplementing traditional bank credit. While the equity market in India has been quite active, the size of the corporate debt market1 is very small in comparison to not only developed markets, but also some of the emerging market economies in Asia such as Malaysia, Thailand and China. A liquid corporate debt market can play a critical role by supplementing the banking system to meet the requirements of the corporate sector for long-term capital investment and asset creation.

According to the Securities and Exchange Board of India (SEBI) database, outstanding corporate bonds amounted to around Rs. 9 trillion ($147 bn approx.) in 2011 making it nearly 10.5% of Gross Domestic Product (GDP) (SEBI 2012), whereas the proportion of bank loans to GDP in India is approximately 37%. In contrast, as seen in Figure 1 below, outstanding corporate bonds are close to 90% of GDP in US where the corporate debt market is most developed and bond market financing has long replaced bank financing as a funding source for the corporates; around 34% in Japan and close to 60% in South Korea (Bank for International Settlements (BIS 2012). In terms of size, as of 2011, the Indian corporate debt market was close to 7% of that of China and 15% of that of South Korea (BIS 2012).

A comparison of corporate funding split with other economies shows a higher reliance of India on loans from banks and other financial institutions (Figure 2). Traditionally, bank finance coupled with equity markets and external borrowings has been the preferred funding source for Indian corporates (Figure 3). The long-term debt market consists largely of government securities (G-Secs). In 2011, in terms of size, Indian corporate debt market stood at Rs. 9 trillion ($147 bn approx.) which was only 31% of G-Secs, the outstanding issuances of which stood at a staggering Rs. 28,427 billion ($464 bn approx.) (SEBI 2012).

The figures and statistics potentially demonstrate a huge funding gap that can be bridged by developing a well-functioning corporate bond market. Among other things, as India aims to regain its erstwhile high growth rates of the early 2000s, there is bound to be a lot of pressure on infrastructure financing which is currently done primarily through budgetary support or bank credit and this is where a well-developed corporate debt market can play a significant role. According to the 12th Five-Year Plan, during 2012-2017, $1 trillion is supposed to be spent on infrastructure projects in India and for this the infrastructure companies could tap the corporate bond market to raise long-term capital instead of depending on the banking sector that is already overstretched and burdened with non-performing assets. However the corporate bond market itself faces several challenges.

Some of the constraints facing the Indian corporate debt market are structural while some emanate from regulatory roadblocks. In our research, we have systematically categorised these issues into supply-side, demand-side, secondary-market and risk hedging related, and have made an attempt to explore each of these in detail (Sengupta and Anand 2014).

Development of the domestic corporate debt market in India is thwarted by a number of factors, the prominent ones being low primary issuance of corporate bonds leading to illiquidity in the secondary market, narrow investor base, high costs of issuance, lack of debt market accessibility to small and medium enterprises, dearth of a well-functioning derivatives market that could have absorbed risks emanating from interest rate fluctuations and default possibilities, excessive regulatory restrictions on the investment mandate of financial institutions, large fiscal deficit, high interest rates and the dominance of issuances through private placements and AAA2 rated bonds which in turn also prevent retail participation and aggravate the dependence on bank financing.

Total corporate bond issuance in India is highly fragmented because bulk of the debt raised (more than 90% of the issuances) is through private placements3. Corporates typically circumvent the private placement investor cap by making multiple bond issuances for multiple groups of 49 investors4. In 2005, a High Powered Expert Committee (HPEC) on Corporate Bonds and Securitization was formed under Dr. R. H. Patil. The Patil Committee Report (Patil 2005) highlighted ease of issuance, cost efficiency and institutional demand as key reasons for the dominance of private placements. The disclosure requirements for debt securities are provided by the SEBI Issue and Listing of Debt Securities Regulations 2008. While the private placement disclosure and documentation requirements are viewed by the market to be comprehensive, disclosure requirements for public issuance of debt are viewed by the market as being extremely onerous and difficult to comply with.

Apart from the supply-side constraints, there are also several demand-side issues. For instance, the investment norms of insurance companies, banks and pension funds in India are heavily skewed towards investment in government and public sector bonds.

Under the eligible Statutory Liquidity Ratio (SLR) investments, banks are required to hold 24% of their liabilities in gold, cash and government securities. Insurance Regulatory and Development Authority (IRDA) Investment Amendment Regulations, 2001, which covers life insurance, pension and general annuities, unit linked life insurance, general insurance and re-insurance businesses, mandates that life businesses require that at least 65% of assets be held in various types of public sector bonds; non-government investments, if allowed, may not exceed 15% in unapproved assets and approved assets do not include corporate bonds rated below AA. As a result, a major part of investments for life and pension businesses is being held in G-Secs and other approved securities, which are relatively safe instruments (Figure 5). In practice, insurance companies hold less than 7% in unapproved assets.

Furthermore, the market preference for very safe AA and above rated assets has resulted in a thin market for lower rated bonds (Figure 6). This has resulted in the exclusion of small and medium enterprises, which are generally rated below investment grade of BBB, from the debt market. The secondary market activity is also marginal with most of the volumes dominated by the top 5-10 names. Thus, the corporate debt market in India faces a ‘chicken-and-egg’ dilemma with a shallow secondary market failing to beget a healthy demand among the investors, thereby resulting in lower volumes and vice versa. Although the trading volumes have increased in the recent times, they are significantly smaller than those in G-Secs and equities (Figure 7). The secondary market activity is hampered by issues such as absence of market makers and liquidity, lack of pricing and benchmarks, and small institutional investor base.

Development of long-term debt markets is critical for the mobilisation of the huge magnitude of funding required to finance potential businesses as well as infrastructure expansion. Despite a plethora of measures adopted by the authorities over the last few years, India has been distinctly lagging behind other developed as well as emerging economies in developing its corporate debt market. The domestic corporate debt market suffers from deficiencies in products, participants and institutional framework.

For India to have a well-developed, vibrant, and internationally comparable corporate debt market that is able to meet the growing financing requirements of the country’s dynamic private sector, there needs to be effective co-ordination and co-operation between the market participants that include investors and corporates issuing bonds as well as the regulators. Issues such as crowding of debt markets by government securities cannot be addressed by market participants and regulators alone. Better management of public debt and cash could result in a reduction in the debt requirements of the government, which in turn would provide more market space and create greater demand for corporate debt securities.

Clearly, the market development for corporate bonds in India is likely to be a gradual process as experienced in other countries. It is important to understand whether the regulators have sufficient willingness to shift away from a loan-driven bank-dependent economy and also whether the corporations themselves have strong incentives to help develop a deep bond market. Only a conjunction of the two can pave the way for the systematic development of a well-functioning corporate debt market.