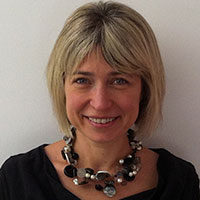 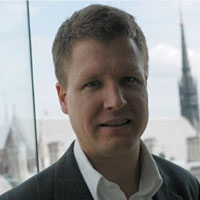 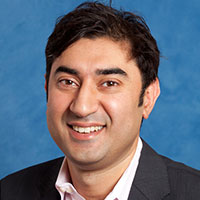 Can the world’s poorest people become entrepreneurs? This column outlines results from an evaluation of the Ultra Poor programme in Bangladesh, a scheme that the NGO behind it claims is a staggering success.

From an economist’s point of view, the world’s poorest people typically lack two things: capital and skills. They tend to work for others in jobs that are often insecure and seasonal in nature that require neither of these and provide little opportunity for obtaining them. As a result, most anti-poverty programmes attempt to help the poor overcome either their lack of skills or of capital. Notable examples include microfinance and asset transfer programmes, or vocational training and adult education. Yet it is uncertain whether many of these programmes are, in fact, able to transform the job choices of the poor, and thereby enable them to permanently exit poverty. While a widespread change in people’s occupation is central to a country’s development and growth, it is the result of a complex set of interactions between individuals, markets and the state, and it is therefore difficult to say that the lack of occupational change is due simply to a lack of capital and skills.

To help extremely poor people overcome the complex barriers they face, one idea is to encourage them to become entrepreneurs who are able to acquire skills and make use of productive capital themselves. The question is whether it can be done. Key to this question is whether giving these people cash or assets (asset transfers) can spur them on to change their occupational choices, as opposed to simply giving them more money to spend in the short term. These questions become more salient as the world is littered with examples of anti-poverty programmes that, despite their best intentions, fail to have any appreciable effect on their intended beneficiaries.

In recent research (Bandiera et al. 2012), we evaluated an entrepreneurship programme in Bangladesh – the Ultra Poor programme, operated by the Bangladeshi NGO BRAC. The Ultra Poor programme provides asset transfers and skills training to the poorest women in rural communities. The programme aims to move these typically asset-less and unskilled women from low-wage and seasonal jobs to the more secure, self-employment based occupations, which are the choice of middle class women in these communities. We found that the very poor can be transformed from labourers into basic entrepreneurs and that this occupational transformation is associated with dramatic improvements in their economic lives, bringing them closer to the middle classes in their communities on measures such as wages and spending.

Specially Targeted Ultra Poor (STUP) women were identified by BRAC in both treatment and control communities according to a common set of selection criteria. These women are severely disadvantaged relative to others that were also deemed poor by their communities, and more so relative to the middle class and rich households. In our sample, almost all of the targeted women (93%) are illiterate, 38% are the sole earner in their households and 52% have no livestock assets. Beneficiaries are much more reliant on wage labour, such as agricultural work or work as a domestic servant, rather than self-employment. Compared with their non-poor counterparts, they work more hours per day but fewer days per year and thus have earnings that are much more seasonal in nature.

The Ultra Poor programme has two main components: an asset transfer and skills training. Programme beneficiaries are offered a menu of self-employment activities, including different combinations of livestock and poultry, vegetable cultivation, small retail outfits or small crafts. Each option combines a transfer of assets with training specific to that particular business. Over 97% of beneficiaries in communities evaluated by the study chose livestock and poultry rearing, activities which are typically operated by middle class and rich women in these rural communities. Programme beneficiaries thus received live animals (cows, goats and chickens) as well as training on how to rear them. This training includes classroom training as well as household visits from a specialist every 1-2 months for the first year of the programme, and from BRAC programme officers every week for the two year duration of the programme.

Our evaluation has two distinctive features.

An idea that works

We find that BRAC’s Ultra Poor programme transforms the occupational choices of the targeted women. In doing so, our research supports the claim that there is indeed a causal link between lack of capital and skills to occupational choice and poverty. We look at the women in 2011 - four years after the programme began - and find that:

This change in occupational structure is associated with a 15% increase in productivity (measured as hourly earnings) and a 38% increase in yearly earnings, which translates into a substantial increase in per capita expenditure self-reported life satisfaction. All estimated effects are either stable or more pronounced after four years, compared with after two years, indicating that the programme sets beneficiaries on a sustainable path out of poverty.

The total value of beneficiaries’ livestock assets increased by 9983 TKs after two years and 10734 TKs after four years (around $125 and $135 respectively). In addition to livestock assets, beneficiaries are 7 and 11 percentage points more likely to be renting land after two and four years, and 0.5 and 3 percentage points more likely to own land. Four years after the start of the programme, treated women on average overtake the other poor, and begin to resemble middle class women in the same rural communities on measures such as time devoted to self-employment, livestock holdings and per capita expenditure.

The observed retention of livestock assets, expansion of these and land assets and increased earnings and expenditure demonstrate that extremely poor women are not only capable of basic entrepreneurship in the form of running small livestock businesses, but also growing these businesses (even after BRAC assistance is withdrawn). Using this opportunity to invest in other types of assets (e.g. land) also provides the women with some degree of long-term security. These results are indicative of the transformative impact that the programme is having on the economic lives of the poor.

The Ultra Poor programme costs roughly $300 per household, including the value of the asset and the cost of training provision. Compared to an unconditional cash transfer of the same magnitude, the poverty impact of the BRAC programme is far greater. Assuming beneficiaries of a cash transfer programme are able to safeguard, rather than consume a transfer of roughly $300, they may be able to deposit the cash in a savings account and consume the accrued interest every year. Even in this best-case scenario, interest rates of 4.5% would yield 932 TKs per year (around $11), which is significantly lower than the average impact of the Ultra Poor programme on beneficiaries’ yearly earnings (1750 TKs or $21).

The large scale of BRAC Ultra Poor programme, with 370,000 ultra poor households currently treated in Bangladesh and pilots running in 10 other countries, makes the results of this evaluation particularly important. Two recent papers, Banerjee et al (2011) and Morduch et al. (2012) evaluate two of these pilot programmes both based on the BRAC model and conducted in West Bengal and Andhra Pradesh, respectively. Morduch et al. (2012) are unable to detect any programme impact due to the simultaneous implementation of a guaranteed-employment scheme in the study region, which substantially increased earnings and expenditures in the control group. In contrast, Banerjee et al. (2011)’s estimates of the impact of the pilot programme on consumption expenditures, earnings and food security are of a similar magnitude to ours.

The fact that we evaluate the nationwide scale-up of the programme in Bangladesh gives us much more confidence about whether these results might be replicated if the programme were repeated elsewhere, such as in India. This notwithstanding, whether our results are informative for the effectiveness of similar programmes in other countries depends on how other implementing agencies compare to BRAC and on whether a lack of capital and skills are binding constraints that shape occupational choices elsewhere. Our evaluation suggests that well-implemented entrepreneurship programmes hold great promise to effectively remove capital and skill constraints and, when these are binding, transform the economic lives of the poor.