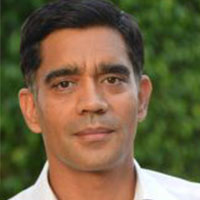 Earlier rural bank branches were given a step-motherly treatment: rural cooperative bank branches were not replenished with lower-denomination currency, while the newer higher-denomination notes were issued to bank branches in cities. Now all district cooperative banks have been directed not to exchange or even accept Rs. 1,000 and 500 bills from account holders. It will have a multiplier impact. Most small farmers deal with such banks and primary agriculture societies (PACS). Farmers receive most direct credit for farm inputs from PACS. Possibly the establishment did not fully grasp the extent of the implications of the notification.

Farmers operate through these institutions for their kisan credit card. New rules won’t allow them to deposit money in their own accounts, but they will continue to be charged interest by the bank for the loan availed. Cooperative banks will start to collapse as they fail to recover loans. Being the sowing season, PACS stores are filled with fertilisers; they will be unable to supply these to their own farmers as per rules because past loans remain unpaid. PACS aren’t even allowed to operate with public sector banks, so are in a catch-22 situation on what to do.

Many farmers have also availed of revolving cash credit limit which needs to be deposited at harvest time. When bank refuse to accept payment, these deposits will become Non-Performing Assets (NPA) in the books of the bank and bank balance sheets will be decimated. People are starting to withdraw deposits from cooperative banks and good capital will flow to private or public sector banks, never to return again. Wherever rural cooperative banks branches have online facility this draconian notification should not have been evoked at all.

In one stroke, all rural banking transactions have been brought to a standstill. Problems were inevitable but the extent of mismanagement is astounding. Timing of the currency recall itself is intriguing. Exploitive traders are refusing to accept the old notes. Shopkeepers are demanding 30% higher value for same inputs if purchase is with older notes. Villagers are being forced to exchange one Rs. 500 note for four bills of Rs. 400.

The ideal window for sowing wheat is about 21 days. Resourceful farmers may manage but at a higher cost. Delayed sowing can reduce yield drastically. Furthermore, farmers who take perishable fruits and vegetables to the wholesale market are being squeezed like lemons. Traders reason that small street vendors and shopkeepers do not have money to purchase perishables. Sales are down about 20% and even prices received by farmers for their produce are down 25%. Truck drivers get paid on delivery for their transport cost by the commission agent where delivery of perishables is made. Now traders at sabzi mandis1 insist on paying with old denomination currency, which truck drivers refuse to accept. This is having a cascading effect.

Possibly over a third of the rural population does not operate a bank account in a cash-based rural economy.

Specifically hurt are rural women who will have to reveal their savings to their husbands. The secret stash however small took years to build. It is improbable that husbands will return the savings to the wives. It appears the consequences of this policy aren’t gender neutral.

Moreover, moneylenders and traders are making dependent gullible farmers deposit old currency on their behalf. This will create interesting statistics, which will be interpreted as proof of black money hoarded by farmers and make a case for taxing farmer incomes.

A society that loses faith in its own currency is in a dangerously precarious situation. The economy is slowly grinding to a stop. Majority of the masses believe this bold reform is about striking at the root of the black money menace and still support the Prime Minister (PM). But, it’s simply turning into a race where the government has to logistically make available cash in banks for people to exchange/withdraw or the repercussions of a badly executed transition may not only force the government to dilute the provisions of the denotification but could be the tipping point moment in the political lifespan of the leader. Leaders need to be responsive but a responsive leader is not necessarily a responsible PM. Unresponsive and irresponsible Opposition may not be able to save the day.

This article first appeared on the Economic Times Blog: http://blogs.economictimes.indiatimes.com/et-commentary/demonetisation-if-rural-cooperative-banks-sink-so-will-farmers/