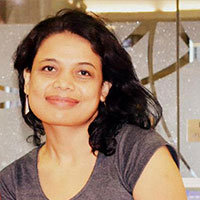 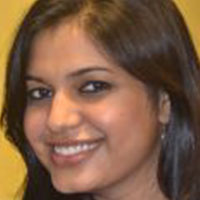 Research indicates that initiatives targeted at financial inclusion of women have had limited success. This column contends that limited formal ownership of material assets by women and a lack of understanding of their socio-economic and cultural constraints are key explanations. It recommends innovative measures to promote financial inclusion and entrepreneurship among women.

Despite Government of India’s initiatives to improve access to financial products and services in India, research indicates that women are largely financially excluded in comparison to men. The Global Financial Inclusion (Global Findex1) Database suggests that only 26% of female adults in India have an account with a formal financial institution compared to 44% of male adults (World Bank 2014). A Reserve Bank of India (RBI) report indicates that women’s credit outstanding from commercial banks accounts for only 5% of all credit outstanding (RBI 2013).

Many experts argue that although financial inclusion initiatives are targeted towards the general population (including women), most initiatives are introduced without comprehensive understanding about women’s socio-economic conditions, intra-household bargaining position, and restrictions on mobility. For example, rural women are actively engaged in agriculture, yet, many of them face constraints when accessing agriculture credit because credit approval requires ownership of material assets (to serve as collateral). Traditionally, women’s lack of access to land and other properties poses significant constraints on their access to agriculture services, including credit, that require formal ownership of land (Desai 2012). In a recent study that we conducted in rural areas of Central India, we interviewed 3,220 women, and found that women have limited rights to their family’s material assets. Nearly all women (91%) reported that their names are not included on the land title. Likewise, names of women are also excluded from the house title for a majority of women (67%).

Limitations of microcredit via SHGs and MFIs

Public and private banks do offer financial products designed especially for women. For example, both Self-Help Group (SHG) lending and microcredit lending by Microfinance Institutions (MFIs)2 have seen an unprecedented growth in enrolling women clients in recent years. For example, starting with a small number of 620 SHGs linked with banks in the early 1990s, banks had disbursed credit to over 2.23 million SHGs cumulatively by 2006, and to 4.78 million SHGs by 2011 (Tankha 2012). However, not all women from India have access to these services; data indicates that outreach is mostly restricted to the southern parts of India (Puhazhendhi 2012).

Institutional savings by women are low

Time and again, research has indicated that formal saving products could help women save more effectively (Dupas and Robinson 2010). Today, many state governments have adopted the default savings options by mandatorily delivering all wages to participants of government schemes and programmes through formal saving accounts. For example, the Mahatma Gandhi National Rural Employment Guarantee Act (MNREGA) states that at least one-third of its beneficiaries should be women and their payments should be delivered via electronic transfers to bank accounts. Additionally, the government allows SHGs to mobilise savings, where a group of women come together and save on a regular basis3. Despite these efforts, institutional savings by women in India are low. Only 13% of total deposits (savings) held at scheduled commercial banks belong to women (RBI 2013). The success of the SHG model in mobilising savings is also debatable: as per the data by the end of March 2012, even though more SHGs were linked with banks, compared to previous years, there was a decrease in the cumulative savings amount (Puhazhendhi 2012). For example, the report states that the total SHG saving amount during 2011-12 was Rs. 65.51 billion ($1.09 bn approx.), which was Rs. 3.74 billion ($62.3 mn approx.) less than the previous year’s savings amount. The same report indicates that in recent years, SHG members have been more focused on bank loans and thus, are saving only the ‘necessary minimum amount’ to qualify for loans.

The government has also provided a number of insurance and pension schemes such as Aam Aadmi Bima Yojana, Indira Gandhi National Old Age Pension Scheme (IGNOPS), and widow pension scheme. However, only the head of the family or one earning member in the family of the household is covered under most of the social security schemes. Typically, in low-income households, the oldest male in the household is designated as the head of the household or the chief decision maker, regardless of whether he is the primary source of economic support. As a result, women are inadvertently excluded from these schemes.

Firstly, financial service providers must understand that women constitute a profitable customer base. A study analysing gender differences with respect to microfinance repayment found that women are better credit-risk for financial institutions (D’Espallier 2009). The same study also emphasised that financial institutions that develop women-friendly procedures tailored to individual women’s need benefit the most from women. Providers must also acknowledge the legal, social and cultural contexts that limit women’s access to financial services. For example, several studies have reported that women clients find interacting with male staff at banks an intimidating experience. To overcome such psychological barriers, financial institutions can increase the number of women staff, and appoint dedicated women staff to serve women customers. Another approach could be for financial institutions to take initiatives to enhance gender sensitisation and improve awareness of their own staff (including men) by providing trainings and workshops.

Secondly, it is important that financial providers highlight the importance of women as financial decision makers when marketing their products. Media Post recently reported that 91% of women feel that advertisers do not understand them, because promotions for financial products often show women as secondary actors, standing behind men, whereas men are shown in-charge of finances (Walter 2012). The perception can be changed by showing successful women micro-entrepreneurs taking loans for their businesses, or mothers depositing savings in banks for their children’s education.

Thirdly, research indicates that providing credit via SHGs and MFIs alone is insufficient in enhancing economic growth and empowerment among entrepreneurial women. Financial counseling is essential in helping women select financial products appropriate for their personal and business needs and re-investing in their businesses. A study from Peru, found that women micro-entrepreneurs who were provided intensive business training for 22 weeks, experienced increased sales of their business products by 16% in a month, compared to counterparts who did not receive the training (Martín and Karlan 2010). Strategies such as division of money for personal and business use, reinvestment of money in business and keeping track of business income and expenditures are critical for strengthening financial capabilities of entrepreneurial women. Policymakers must consider instituting mandatory financial counseling from providers when credit products are issued to women, to enhance human capital and entrepreneurial skills.