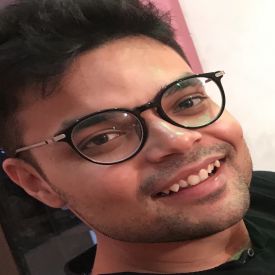 Evidence suggests that ethnic diversity can lower firm output due to poor social ties and taste-based discrimination among workers. Based on an experiment in a manufacturing plant in West Bengal, this article shows that religious mixing initially leads to lower team output in teams performing tasks requiring higher continuous coordination. However, this negative effect on productivity reduces in the longer run, with out-group attitudes improving vis-à-vis teams with lower continuous coordination.

Ethnic heterogeneity has been associated with fewer public goods being provided and poorer macroeconomic policies, leading to lower economic growth (Easterly and Levine 1997, Alesina and La Ferrara 2005). More recently, literature has focussed on the private sector and found that diversity in firms can lower output due to poor social ties and taste-based discrimination among workers (Hjort 2014, Afridi et al. 2020). In recent research (Ghosh 2022), I designed a field experiment to test whether such effects depend on the nature of production (the production function or technology in use) and whether they can be mitigated through repeated intergroup contact. I focus on the production function (or technology) because it might affect how workers interact at work – it could influence the type of contact and affect the incentives to collaborate by determining complementarities in worker efforts (labour inputs).

I partnered with a processed food manufacturing plant in West Bengal, India, that employs both Hindus and Muslims – India's two largest religious groups, who have a long-standing history of conflict (Pillalamari 2019).

Production tasks at the factory can be categorised as high-dependency (HD) or low-dependency (LD) tasks based on the degree of continuous coordination required amongst workers to ensure uninterrupted production, and the dependence on co-workers for breaks. I randomly assigned approximately 600 workers to religiously mixed or Hindu-only teams1 and kept them intact for a period of four months to estimate both static and dynamic effects of mixing in HD and LD tasks. 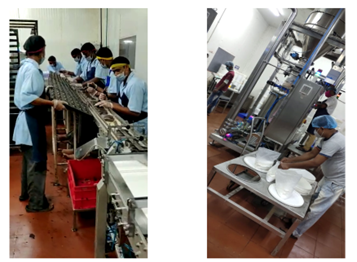 There are multiple production lines at the factory, each of which comprises a series of HD and LD tasks which need to be completed to produce the final product. I designed the experiment to estimate the effects of religious mixing on line-level output as well as on individual task-level performance. The randomisation was designed to form two distinct types of teams at the line-level: i) HD-mixed line – production lines with religiously mixed teams only in HD tasks, and ii) LD-mixed line – production lines with religiously mixed teams only in LD tasks. As a result, at the task-level, I had the following four types of teams: i) HD-mixed ii) HD non-mixed iii) LD-mixed, and iv) LD non-mixed. I discuss the three key findings from the experiment below.

Religious mixing initially leads to lower team output, but only in HD tasks

I find that HD-mixed lines produce 5% lower output than LD-mixed lines over the period of the intervention. Analysing performance at the individual level indicates that while mixing leads to lower performance in HD tasks, it does not affect productivity LD tasks. Therefore, the overall line-level differences in output can be explained entirely by differences in HD tasks.

Figure 2 shows the difference in output across different lines over time. The largest difference in output between HD-mixed and LD-mixed lines occurred at the beginning of the experiment and this attenuated over time, subsiding completely by the end of the experiment. Based on task-level analysis, I find that this is driven entirely by output gains in HD-mixed teams. 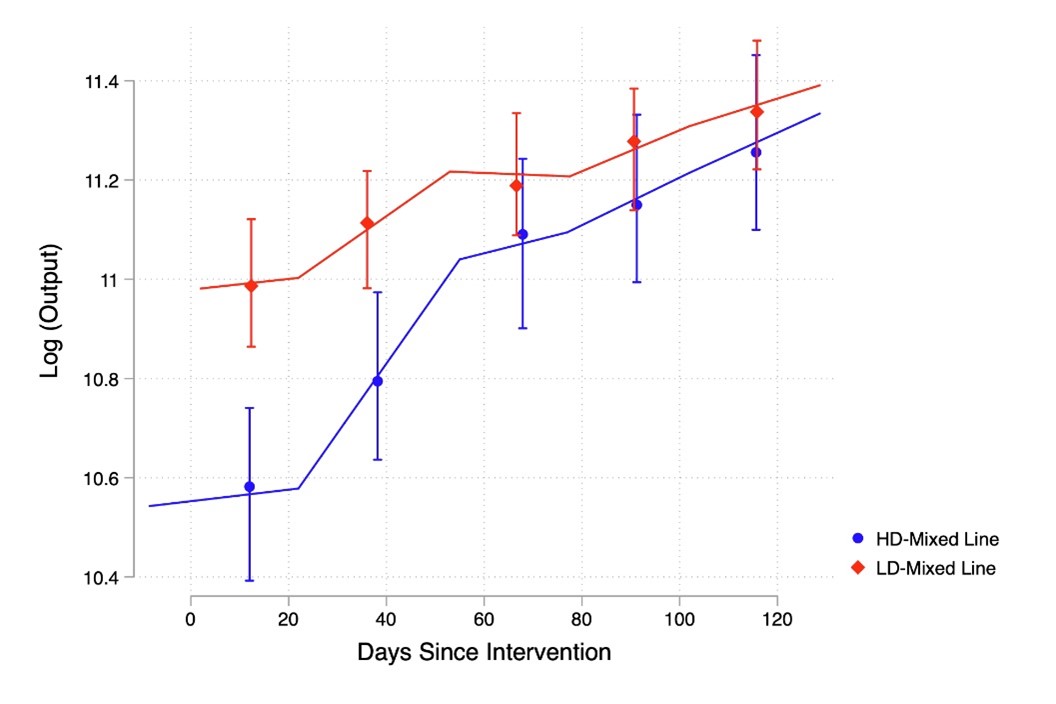 The third key finding of this experiment is that at endline, there is a reduction in negative out-group attitudes (such as willingness to take orders from Muslims, comfortable communicating with Muslims etc.) for Hindu workers which is substantially (23%-56%) larger from mixing in HD teams compared to LD teams. This is despite the fact that HD-mixed teams suffered negative output shocks in the short run, while LD-mixed teams did not.

The largest positive effects of treatment on attitudes occurred in teams that also suffered the largest initial negative output shocks. This suggests that working in close quarters, even with some friction (in HD teams), leads to more positive effects on intergroup relations than working in LD teams. In other words, technology that incentivises individuals to learn to work together is important in overcoming existing intergroup differences – and leads to improved relations and team performance. However, the tension between the goal of maximising short-run productivity and that of improving intergroup relations might mean that we only see integration where it does not matter for productivity. This could limit the chance for people to learn to work together, and consequently lead to better outcomes for social attitudes. Interventions that incentivise and promote this type of intergroup contact and/or integration might thus be useful.

The policy implications of my findings hinge crucially on whether firms are aware of the costs of religious diversity and how they depend on the production function. To explore this, I surveyed 108 production supervisors across five firms (different from those part of the aforementioned experiment). From the survey, I find that there is some understanding of the effects – between 30%-50% of respondents correctly predicted the results of the experiment. But crucially, 90% of them said that they are unwilling to segregate workers by religion despite the possibility of losses from religious mixing. While a fair share (25%) cited negative effects of mixing dissipating over time as their reason for this, the first-order concern was that such segregation could make work culture vulnerable to external political tensions.

These findings suggest that effective policy design in this context must look beyond just the direct effects of diversity on production. They further suggest that HR policies – such as keeping workers together for sufficiently long periods – that trade-off short-run costs for long-run benefits of integration would be useful. To ensure that this is sustainable, government (short-term) subsidies for firms (especially for those with HD production), that are willing to take such steps might be beneficial as well.

A deeper analysis of the role that technology plays in determining the effects of diversity can help us understand how the costs of diversity might change as economies undergo structural transformation. My results suggest that ethnic diversity is likely to be more costly in the manufacturing sector (relative to agriculture or services) because of the larger concentration of high-dependency jobs.

Could this be an explanation for why ethnically diverse countries have smaller manufacturing sectors, even after controlling for income (Figure 3)? Furthering on this research, I now plan to conduct a large-scale survey with firm owners and workers across India to understand how firms with different production functions deal with (the effects of) diversity. This will be an attempt at understanding if and how the interaction between production technology and ethnic diversity matters for broader economic change.

Figure 3. Cross country ethnic diversity and percentage of workers in the manufacturing sector 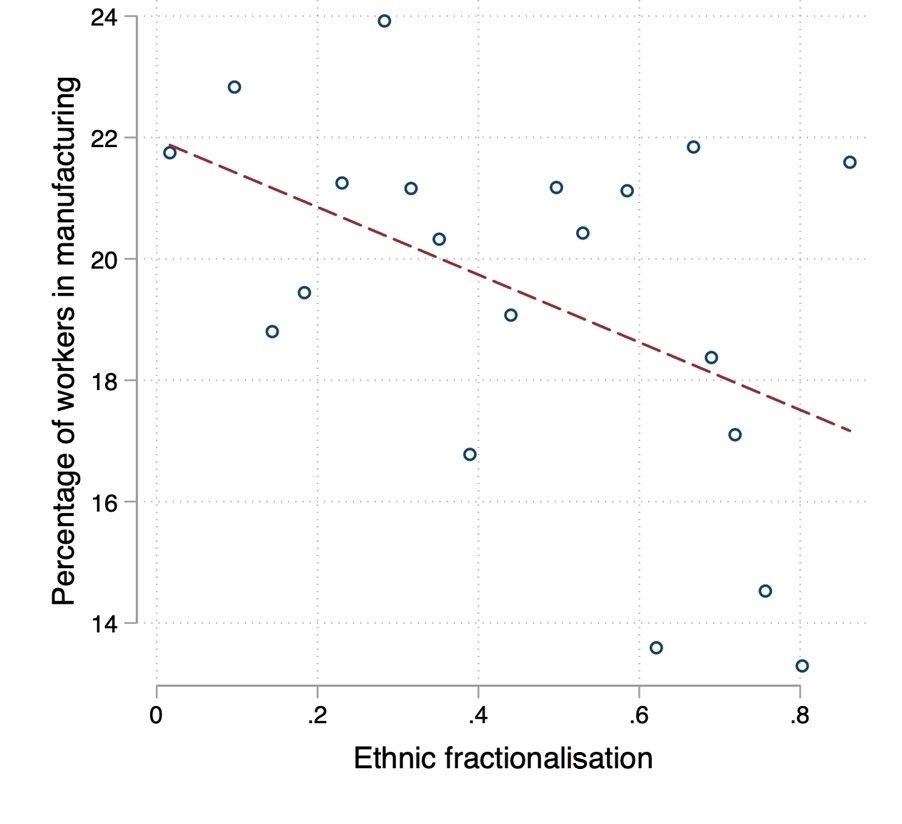 Note: GDP (gross domestic product) per capita is controlled for in this figure.

A version of this article first appeared on the World Bank blog Development Impact.