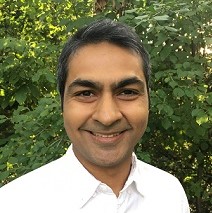 Financial markets in developed countries are known to react substantially to monetary shocks, that is, surprise changes in policy rates announced by the central bank. Based on a narrative analysis of the Reserve Bank of India’s (RBI) monetary policy statements and data on daily changes in Overnight Index Swap rates during 2003-2020, this article shows that this is the case in India as well.

How does monetary policy affect the economy?  An important first step in understanding this question is to study how financial markets respond to policy announcements by the central bank. Existing literature, mostly on developed countries, shows that when a central bank announces surprise changes to its policy rate, financial market participants react substantially to these announcements.1 But they also respond to new information revealed about the future path of the policy rate.

In a recent study (Lakdawala and Sengupta 2021), we construct measures of monetary policy shocks (that is, surprises) for India that capture both the changes in the short-term policy rate, as well as guidance provided by the Reserve Bank of India (RBI) about the future stance of monetary policy. We study the causal impact of these shocks on the stock market, the government bond market, and the currency market.

The monetary policy framework in India has evolved substantially over the last couple of decades. We have transitioned from a Multiple Indicator Approach (MIA), which did not have any specific quantitative targets, to an inflation targeting (IT) regime that defines maintaining CPI (consumer price index) inflation in the range of 2-6% as the main objective of India’s monetary policy, with an eye on output growth.

Our sample period (September 2003-December 2020) covers the tenures of five RBI governors, namely, Y. V. Reddy, D. Subbarao, Raghuram Rajan, Urjit Patel, and Shaktikanta Das. The last two regimes coincide with the period of IT when monetary policy decisions are taken by a Monetary Policy Committee (MPC). The tenure of Governor Rajan can be thought of as a transition phase between the MIA and IT regimes.

To measure monetary policy shocks2, we cannot simply use the changes in a central bank’s policy instruments because these tools themselves change in response to evolving macroeconomic conditions. Moreover, markets are found to react only to the unexpected component of the central bank’s policy actions. This means we need to capture the ‘surprise element' of every monetary policy announcement made by the RBI3.

To do so, we use the daily changes in Overnight Index Swap (OIS) rates to construct our measure of monetary policy shocks4 5. Using OIS rates allows us to capture changes in the short-term funding conditions, irrespective of the monetary policy tools. This is especially important for India because over the years the RBI has used multiple instruments (for example, repo rate, reverse repo rate, bank rate, cash reserve ratio, etc.) to conduct monetary policy. We use OIS rates of different maturities (from one month up to one year); the shortest maturity OIS rates to capture the surprise associated with announcements about the policy rate, and medium maturity OIS rates to capture information revealed about the future path of the policy rate.

We find that OIS rates of all maturities move roughly twice as much more on RBI days. This is an indication that OIS markets are indeed reacting to the information revealed on RBI announcement days.

We further find that there are two distinct dimensions of information revealed on these days. The one month OIS rate responds substantially when the RBI makes surprise changes (or non-changes) to the short-term policy rates. But there is movement in the medium maturity OIS rates (three months to one year) as well, even after accounting for the one month changes. This implies that markets revise their expectations about future policy rates in response to RBI communication, over and above the RBI decision regarding the short-term policy rate.

To understand how reliable OIS rates are at capturing monetary surprises, we conduct a narrative analysis of the RBI’s monetary policy statements – we read the RBI’s statements in this regard, to get an understanding of the kind of ‘forward guidance’ the RBI provides through their discussions of future outlook of growth and inflation, and the potential future course of monetary policy. We also look at the reactions of Indian financial media (represented in our sample by The Economic Times newspaper) to these announcements. We focus on dates associated with prominent changes in the OIS rates. We find that overall, our measures of monetary shocks capture surprises that are consistent with our reading of the RBI decisions, the language used in the statements, and the corresponding media discussion around those dates.

There is one clear exception to this. Around the period of the Global Financial Crisis (GFC) in 2007-2009, the one-month OIS rates exhibit large movements on RBI announcement days that are difficult to square with the corresponding RBI statements or media reaction. One possibility that might explain this could be the presence of heightened liquidity premia in the OIS markets during the GFC. We also check and confirm that our results on monetary transmission are not driven by this period. This finding further confirms the importance of conducting a narrative analysis to validate the use of OIS rates for capturing monetary surprises.

Outside of this period, there are clear instances of our measures of monetary policy shocks being able to capture surprises both regarding the short-term policy rates, as well as the future path of the interest rates.

For example, in the aftermath of the demonetisation announcement on 8 November 2016, the media narrative showed that markets were expecting a cut in the policy repo rate at the 7 December 2016 monetary policy announcement made by the RBI. However, the MPC decided not to change the repo rate. This was a contractionary monetary shock, which gets reflected in a large magnitude of our measure of monetary shock.

Likewise, on 25 October 2011, during Governor Subbarao’s tenure, the phrase “…further hikes may not be warranted” was used in the monetary policy statement which was a clear signal to the markets of a dovish outlook on interest rates. We also find that this expansionary shock is captured in our measure.

Several statements, however, are not very direct about the future policy stance. Also, the statements from the earlier period in the sample are more verbose with detailed discussions of the economic outlook. Still, we find a substantial movement in our shock measure that is based on the longer maturity OIS rates. This suggests that market participants knew which particular component of the statement was more informative.

Our results suggest that ‘forward guidance’ from the RBI is not typically explicit about the future path of the policy rate as is usually the case for the US Federal Reserve (Fed) or the European Central Bank (ECB). Instead, Indian financial markets extract information from the somewhat opaque RBI communication that talks about future rates while discussing the evolving macro-financial conditions.

We use our measures of monetary shocks to study the transmission of RBI actions to government bond yields (five-year and 10-year maturities), stock returns (returns on the benchmark NIFTY50 index listed on the National Stock Exchange) and currency returns (returns on the Indian rupee-US dollars exchange rate). We conduct an event study analysis in a narrow daily window around each RBI announcement. We summarise our main findings below.

One potential reason for the lack of impact on the currency returns might be that the RBI actively intervenes in the foreign exchange market on a regular basis to stabilise the Indian rupee-US dollar exchange rate, as documented in Patnaik and Sengupta (2022). As a result, it may be difficult to capture the response of exchange rate to monetary policy announcements.

Did anything change with inflation targeting?

With the advent of IT, monetary policy arguably became more well-defined and RBI communication became more streamlined, with a sharper focus on inflation and growth (Mathur and Sengupta 2019). It is natural to ask if this regime switch led to changes in the dynamics of monetary shocks or their transmission.

In answer to this question, we find that the size of the OIS rate changes on RBI announcement days are roughly similar if we separate our sample into a pre- and post-IT/MPC era. This implies that there is no evidence that markets were more (or less) surprised by RBI decisions in the IT regime. There is however substantial variation in financial market response across RBI governor regimes. Most notably the response of bond yields and stock prices to monetary shocks during the tenure of Governor Rajan shows that markets were only paying attention to RBI statements, and were not reacting to policy rate surprises. Under the subsequent MPC regime, bond market stopped responding to information revealed in the monetary policy statements, instead reacting only to surprise changes (or non-changes) in the repo rate. During the IT period, the stock market did not respond to either the policy rate shock or to surprise changes in information about future rates.

However, financial markets in India do not react to policy rate changes (or non-changes) if these were expected. Instead, markets react only to the surprise component of the announcements. While the RBI does not give an explicit forward guidance in its statements unlike the US Fed or the ECB, financial markets in India infer substantial information about the future path of the policy rate from the RBI’s official communication.

The market’s assessment of which particular tool (actions or words) is more effective, also changes across governor regimes. For instance, markets seemed to have paid the most attention to RBI statements during the tenure of Governor Rajan and this gets reversed in the subsequent MPC regime. This implies that trying to draw conclusions about the impact of IT on information transmission is potentially incomplete, without considering the forward guidance aspect of monetary policy.

Our analysis suggests that instead of a pre-and post-IT view of the RBI, it is perhaps more helpful to think about regime shifts in RBI policymaking in terms of changes in the governorship. There is also no evidence that the size of monetary surprises changes with the introduction of IT.

As by product of our research, we have made our monetary policy shock measures and policy announcement dates publicly available. We hope this will aid future research on Indian monetary policy.