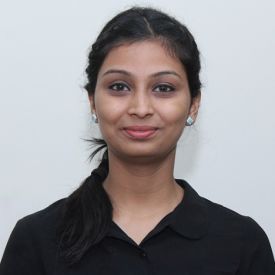 The Ministry of Labour and Employment has recently notified four new labour codes, which are expected to be implemented from April 2021. Assessing the impact of the policy changes around hiring-and-firing, trade union membership, and working hours, Aakanksha Shrawan argues that the proposed reforms would be game-changing both for domestic employers, and foreign firms who are contemplating investing in India.

While the farmers' protests against the recently enacted farm laws stole the limelight for a considerable part of 2020 and even 2021, the passage of the three new labour reform bills has been met by a significant if not an equal amount of suspicion by the concerned stakeholders. The three new labour codes (as well as the Code on Wages which was passed in 2019) aim to consolidate 29 archaic and heterogeneous central labour laws, and the new amendments offer considerable respite to employers from regulatory burden. In the backdrop of the pandemic, a number of state governments, most notably Uttar Pradesh, Assam, Rajasthan and Madhya Pradesh, have already capitalised on this opportunity and substantially diluted their labour laws in order to attract companies who are moving production activities out of China.

This overhauling of labour laws, therefore, comes at a very crucial juncture in this challenging environment. While the lower manufacturing wages in India vis-à-vis China make it an attractive destination for investment, the inflexibility and uncertainty of around 140 (central and state) labour laws reduce the economic viability of shifting production activities to India. All the measures of the government that aim to promote investment – be it the production-linked incentive (PLI) scheme, easy access to land, or the setting up of 10 mega clusters to attract foreign companies to set up shop in India – will lose their sheen if not adequately supplemented with labour reforms . Consequently, foreign investors view countries such as Cambodia, Bangladesh, Sri Lanka, and Vietnam as more promising destinations for relocating production activities, owing to their simpler and more business-friendly labour laws.

One amendment to the labour codes that is facing strong opposition from the trade unions is the ease with which establishments employing 300 workers or less (the earlier threshold being 100) can now close, lay-off, or retrench workers without any government assessment. According to them, an increase in this threshold will lead to significant job losses as employers would have increased autonomy to terminate employees or shut down firms.

As has been pointed out by various experts and commentators, Indian manufacturing is characterised by the phenomenon of a ‘missing middle’ where there are large numbers of small firms and large firms with very few medium-size firms. However, Kapoor (2018), based on ASI (Annual Survey of Industries) data for 2014-2015, shows that the share in employment generation of small firms has stagnated over the last 15 years. While the share of firms employing 100-299 workers in total employment was 20% and 21% in 2000-01 and 2014-15 respectively, the corresponding figures for firms employing 300 and more workers were 50.5% and 56.6%. Employment in firms with 100-299 workers has grown at 5% between 2000-01 and 2014-15, versus 6% for firms with 300 or more workers. Further, the meagre wages paid by the smaller firms due to low productivity of labour (on account of their inability to harness economies of scale) perpetuates wage inequality and removes a critical rung in the ladder of inclusive growth. Thus, the allegations that increasing the threshold from 100 to 300 would negatively impact workers are ill-founded.

Also, Hasan and Jandoc (2010) show that flexible labour market regulations, especially in labour-intensive industries, catalyse the development of large-size firms. Restrictive hiring-and-firing rules and bureaucratic delays have long disincentivised firms to grow beyond a certain threshold or exit the business. This is because prior to the implementation of the labour codes, small firms (employing 100 or more workers) needed permissions (which are either delayed or rarely forthcoming) to retrench or lay off their employees even when shedding them would curtail the firm’s losses. The increase in the limit would facilitate the closure of unproductive firms along with the growth of smaller productive firms and the establishment of large enterprises, which are associated with greater job creation, higher productivity and wages, and lower wage inequality.

Next, the requirement of a minimum membership of 51% employees in a trade union before it can sit at the negotiating table with the employers has attracted a fusillade of criticism by the various trade unions. While this change seems like it is reducing the bargaining power of workers, it is crucial to consider this in light of empirical evidence. Sodhi (2013) notes that in order to circumvent the hurdles created by multiple trade unions within a firm, in the form of strikes and factory lockdowns, employers prefer contractual workers over permanent employees, re-orient their production processes to be more technologically upgraded or capital-intensive, transfer employees, and even suppress efforts to form trade unions. This does not augur well for a labour-abundant country such as India. On the other hand, placing the power to negotiate with a trade union that boasts of a large membership would make their demands more legitimate to the employers and force them to sit up and take notice by virtue of their sheer size.

Similar regulations for collective bargaining have already been in place in Kenya, Vietnam, Malaysia, Russia, and Uganda and India's alignment of its policies with them would provide the much-needed impetus to labour reforms and hence, economic growth. As has been suggested by Mahmood (2016), trade unionism is experiencing a substantial decline in almost all the Indian states. Thus, the above reform would boost investors' confidence and at the same time, enable workers to exert greater power without adversely affecting employment opportunities.

Lastly, trade unions across the country are also displeased with the proposed hike in the spread-over time – that is, hours spent in work establishment including intervals for rest – from 10.5 hours to 12 hours. On the bright side, there is a mandated 48-hour limit for working hours in a week and there are even talks of provisions for a four-day work week model. Bangladesh, whose garment manufacturing sector has witnessed soaring exports in the past few years, and is also deemed to be the ‘next China’, has an almost equal upper threshold on spread-over time (11 hours). Closer to home, state governments of Himachal Pradesh, Rajasthan, and Punjab have already adopted the increase in the working hours. Rather than leading to workers' exploitation, this proposed increase in spread-over time coupled with the provision for a shorter work week, could pave the way for the emergence of a flexible work environment in India and may work in its favour amid the changing business dynamics in the post-pandemic period.

The debate around the claims that the relevant interest groups were not consulted before the government implemented the labour code amendments is continuing, and is indeed imperative in India's democracy. Notwithstanding, the proposed labour reforms would not only be a game-changer for domestic employers but would also be helpful in positively influencing the decision of foreign companies who are contemplating investing in India. These landmark reforms have the potential to place India on a higher trajectory of employment generation not only based on lower labour costs but through an overhaul of the existing institutional infrastructure.