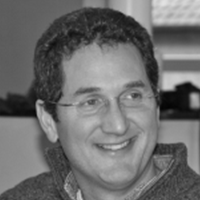 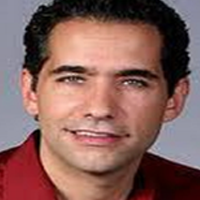 A key driver of the Indian economy is its rapidly growing service sector. This column compares the spatial growth pattern of the sector in India and other countries. It is found that while in US and Europe, the service sector is becoming increasing concentrated in medium-sized locations, high-density locations in India such as Mumbai and Chennai continue to attract more service sector jobs, causing congestion. <

In the last two decades, the Indian economy has been growing at unprecedented rates, but that development has led to widening spatial disparities. While some cities such as Hyderabad have become major high-tech hubs with world-class companies and real estate development reminiscent of Silicon Valley, many other places remain mired in poverty and stagnation.

Rising geographic disparities are obviously not specific to India. They are common to the development experience of many countries. As documented by the 2009 World Development Report, growth is often accompanied by the increasing spatial concentration of economic activity. In China, for example, the coastal provinces have attracted the lion’s share of the country’s economic growth, and much of Brazil’s economic activity is concentrated in the metropolitan areas of Sao Paulo and Rio de Janeiro.

Policymakers tend to frown upon the uneven distribution of economic activity, and are keen on promoting policies aimed at reducing such spatial differences. Given the huge congestion in cities such as Mumbai or Kolkata, this seems to be a reasonable policy concern in the context of India. However, those cities also benefit from important agglomeration economies so that there is a need to analyse the trade-offs between the costs and benefits of economic density before articulating policy recommendations.

Compared to other countries at similar levels of development, India’s growth stems disproportionately from its burgeoning service sector (Ghani 2010). When focusing on the geographic distribution of economic activity, this difference is relevant. Evidence from the US and Europe suggests that manufacturing and services behave very differently (Desmet and Rossi-Hansberg 2009). In both the US and Europe, manufacturing is becoming more equally spread across space, whereas the service sector is becoming increasingly concentrated in medium-sized locations. In those intermediate places agglomeration economies dominate congestion forces, making them attractive locations for service industries to grow and expand.

If the US and Europe provide any lessons, India’s engines of growth should be its medium-density cities. In a recent paper, we analyse whether the trade-off between agglomeration economies and congestion is indeed similar in India (Desmet et al. 2012). This provides valuable insights into what types of regional policy interventions may be useful and effective.

Using district-level employment data in India for the years 2001-2006, we find that the manufacturing sector exhibits a spatial growth pattern in line with what we see in the US and Europe. Manufacturing is moving away from high-density clusters to areas that are less congested. As a result, over time industrial activity is spreading more equally across space. The same is not true for the service sector. Figure 1 below shows that although low- and medium-density service locations experience spatial dispersion, the high-density service locations are continuing to attract more employment. That is, high-density hubs are gaining relative to locations with intermediate levels of density. 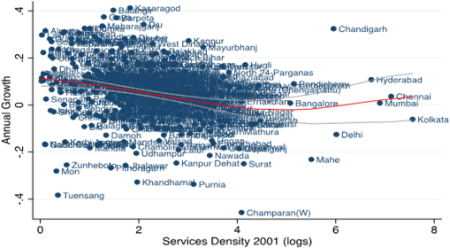 In contrast to the US and Europe, high-density service clusters in India therefore do not seem to be running into decreasing returns. For example, service employment in the well-known IT hubs of Hyderabad and Chennai are growing at annual rates of, respectively, 11% and 4%. To make the comparison more precise, agglomeration economies in the US service sector peak at a density of between 50 and 150 employees per square kilometre. Three of the main high-tech counties in the US fall within that range: Santa Clara, California (Silicon Valley), Middlesex, Massachusetts (Route 128) and Durham, NC (Research Triangle). In India, instead, agglomeration economies continue to be strong in places where service employment density reaches into the thousands. For those levels of density, US locations exhibit decreasing returns, reflecting substantial congestion.

Providing a different angle on the same issue, suppose the relationship between density and growth in the service industry were the same in India as in the US. In that case, many of the slow-growing medium-density service districts in India would grow much faster. Growth would become more concentrated in the coastal regions, especially in Southern states such as Tamil Nadu and Kerala, as well as in Northern states such as West Bengal, Bihar and Uttar Pradesh. Of the well-known IT clusters in India, the medium-density ones such as Ahmedabad and Pune, and especially Bangalore, would continue to grow at sturdy rates, whereas the higher-density places, such as Chennai and Mumbai, would experience a substantial decline in their growth.

The overall picture that emerges suggests that India’s engines of growth are its high-density service hubs. Maybe the difference with the US and Europe has something to do with India being an emerging economy. This does not seem to be the case though. China, for example, although similar to India in being a fast-growing developing economy, exhibits spatial growth patterns in the service industry more similar to those in the US. Another possibility is that the underlying trade-off between agglomeration economies and congestion forces is fundamentally different in India. But this is hard to defend as we have no strong reason to believe that Indians have less aversion for congestion than Americans. A more likely explanation is that India suffers from certain frictions that put a break on the growth of medium-density locations. It is not immediately obvious what those frictions are. One possibility is India’s notorious lack of infrastructure, which limits the production possibilities and the market access of all but a handful of highly dense clusters. Further exploring what other factors might contribute to these growth frictions is an important research and policy question.

One way forward is to look at Bangalore, perhaps the best counter-example of the problems faced by medium-sized locations in India. Its density is similar to that of Silicon Valley. Interestingly, its origins go back to the Electronics City of the 1970s, set up as an industrial park 18 kilometres south of the city, with good infrastructure and away from the downtown congestion. This success story suggests that it is possible to eliminate the growth restrictions confronted by many of India’s intermediate-density locations.