Minimum wage legislation for domestic workers: Does it work? 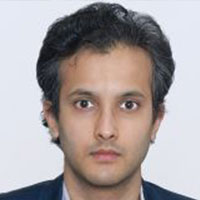 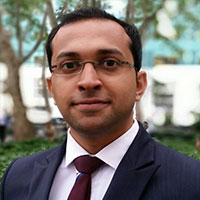 Between 2005 and 2009, for the first time, seven Indian states notified minimum wages for domestic workers. This column evaluates the impact of the legislation in terms of real wages and employment opportunities for domestic workers in four of these states. It finds that notifying minimum wages by itself has limited impact; there is a need for strong and transparent monitoring mechanisms.

Domestic workers comprise maids, nannies, cooks, gardeners and cleaners, and sometimes an intricate mix of some of these functional roles, all employed within households. These workers and their relation with employer households tend to be highly informal, often lacking any kind of formal contracting, fixed remuneration rates, and at times involving grave human rights violations. To minimise such vulnerabilities, domestic workers across the world are collectively seeking formal recognition of their work and labour rights.

At the international level, in 2011, the International Labour Organization (ILO) Convention on Domestic Work (C.189) was adopted. The convention aims to guarantee basic labour rights for domestic worker´s including minimum wages, reasonable hours of work, weekly rest of at least 24 consecutive hours, a limit on proportion of in-kind payment in total payment, clear information on terms and conditions of employment, freedom of association and the right to collective bargaining. So far, 22 countries have ratified this convention while India is yet to ratify. However, in India, there has been a rather encouraging trend in several states to take measures towards formalising domestic workers’ rights. There have been various forms of state-level and nationwide collectivisation of domestic workers. For instance, the National Domestic Workers Federation of India comprises over 10 state-level unions of domestic workers. Minimum wages for domestic workers has been an important demand of domestic workers’ unions and organisations.

The results are not at all startling looking at the implementation mechanism of the legislation. In Bihar and Rajasthan, the legislation was merely an official notification by the government, while in Karnataka and Andhra Pradesh, even though the legislation was preceded by several ground-level movements and unionisation, complaint redressal and monitoring mechanisms were virtually non-existent. As a result, the magnitude of impact on real wages was rather limited, and seemed to have waned off completely by 2012. This lack of credible monitoring and enforcement also explains the insignificant impact on employment of domestic workers. These results shed light on the difficulties in implementing minimum wages for workers employed in the informal sector, especially those working in households.

In conclusion, our study finds that notifying minimum wages alone cannot make much difference to the lives of domestic workers. A strong, transparent and efficient monitoring mechanism accompanying such legislation is critical.