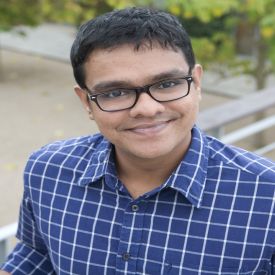 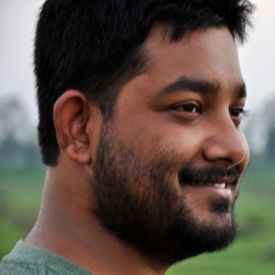 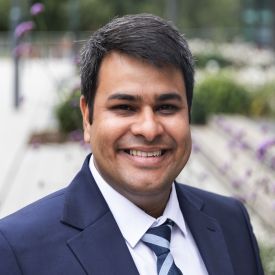 An active policy proposal of the Government of India is to hold national elections at the same time as the assembly elections of all the states. This article examines whether holding national and state elections simultaneously affects voter decisions, and consequently, electoral outcomes in India. It finds that synchronised elections increase the likelihood of the same political party winning constituencies in both tiers by 21%.

Holding of general (or national) elections at the same time as the assembly elections of all states, is an active policy proposal of the Government of India, and its institutions, such as the NITI Aayog (National Institution for Transforming India) and the Law Commission of India. The core rationale behind the proposal is that elections are expensive for the exchequer, and take time away from governance, as the government’s human resources (and the incumbent representatives) are entirely engaged with election management. On the other hand, some analysts point out that synchronised elections may dilute the federal structure of the country, as the national election may overpower the state election agenda1.

In recent research (Balasubramaniam et al. 2020), we seek to contribute to the debate by asking a more fundamental question: do synchronised elections affect voter behaviour, and consequently, electoral and economic outcomes? We argue that when voters vote in multiple elections at the same time, they face a more cognitively challenging task of deciding whom to vote for. Consequently, the simultaneity of elections may affect how voters vote. For example, faced with multiple elections, a voter may simplify her/his decision-making rule by focussing on a specific characteristic of the candidates (such as their party affiliations or caste/religious identities), or a narrower set of policy issues. If such effects on voter behaviour are significant, we may expect that the simultaneity of elections may consequently affect election results as well.

To examine this, we analyse national (or general) and state elections in India during 1977-2018, and exploit natural variation in electoral cycles to estimate the effect of synchronisation. We match each assembly election to the most recently held national election in the past, and classify a pair of national and assembly elections to be synchronised, if they were held on the same date; the rest are classified as non-synchronised. For each general election, only a subset of states is up for their assembly elections, and hence, can potentially be synchronised2. Moreover, the national and state governments sometimes do not complete their full term in office, and go for an early election. This gives us both across-states and over-time variation in synchronisation. We only consider states that had both synchronised and non-synchronised elections during 1977-2018; there are 21 such states.

The comparison of the two maps in Figure 1 clearly shows that the probability of the same party winning constituencies in both tiers goes up significantly when elections are synchronised. There are significantly more constituencies in the right panel which are coloured red, indicating that the probability is in the highest band of [0.66, 1] for a much larger number of constituencies when elections are synchronised. Moreover, the increase is uniform across the entire country, that is, the effect is not driven by any specific region.

We consider several mechanisms that are potential explanations of this observed effect, and we rule them out one by one. In this article, we discuss two such mechanisms. First, it could be that voter preferences over parties change over time as new information becomes available. Therefore, when elections are non-synchronised, voters are more likely to vote for different parties across elections, possibly leading to different parties winning the two tiers. However, if this is indeed the primary reason, we should expect that as we compare synchronised elections with non-synchronised ones that are farther apart from each other, our estimated effect would go up, as we would allow voter preferences to change even further between sequentially held elections. Conversely, if we tighten the time gap, we should expect our estimated effect to fall. We, however, do not see either. As we double the time gap from 180 to 360 days, our estimated effect remains the same. Moreover, if we tighten the time gap to 150 and 120 days, our estimate, if anything, increases in magnitude.

The second concern is that in sequential elections, a different set of voters may turn out to vote across elections. This may result in our observed effect. We find that the turnout, on average, does not change for assembly elections when these are held simultaneously with general elections. The turnout in national elections does increase by 5% due to synchronisation. However, we find that our main effect is similar across parliamentary constituencies that experienced high and low turnout during synchronised elections (relative to non-synchronised ones), implying that voter composition is not the major driving force behind our result.

We test directly whether synchronisation of elections led to consistent changes in voter behaviour. We do this by compiling all the national and assembly election post-poll surveys conducted by the Centre for the Study of Developing Societies (CSDS) during 1996-2018. These surveys asked several questions to randomly selected voters in a random sample of constituencies after national and state elections but before the election results. Here we focus on two questions from the survey that were asked in all the waves, and are relevant for our study. The first question asks about the most important consideration to the voter while voting. The options for the response were – ‘party’, ‘candidate’, ‘caste’, and ‘not sure’. We check if these responses were systematically different following synchronised elections.

We, therefore, find that synchronisation of elections indeed has a large and significant effect on the way voters make decisions, which results in a higher probability of the same party winning constituencies in both tiers. At the same time, we find synchronised elections have rather muted economic benefits. We highlight that any discussion about moving to a simultaneous election regime must consider its effects on voter behaviour, and its consequent implications for electoral outcomes.