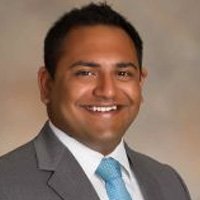 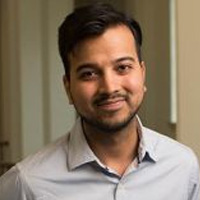 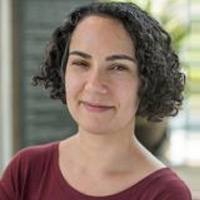 A large proportion of the population in India has agrarian livelihoods that remain climate-exposed. The number of hot days per year in the country are expected to double by the end of this century. This column shows that higher-than-normal temperatures in a particular year lead to a contemporaneous reduction in agricultural incomes, and large negative impacts on children’s human capital outcomes in the subsequent year.

India currently experiences about 50 days per year with average temperatures over 29°C (84°F), compared to less than 10 days over 29°C in the US. Importantly, the number of hot days in India are expected to double by the end of the 21st century. Thus, understanding the magnitude of and mechanisms behind the effects of high temperatures is of immediate importance to policymakers in order to account for the social cost of carbon,1 and to design effective policies to facilitate adaptation to rising temperatures. Given that human capital accumulation is a key driver of long-term economic growth (for example, Romer 1986, Barro 2000), a critical yet understudied question is the impact of temperature on human capital production.

While a small number of earlier studies have considered the temperature-human capital relationship, these have been set in developed countries limiting them to a singular channel – the physiological effect of day-of-test temperature on math, but not on reading performance (Graff Zivin, Hsiang and Neidell 2017, Park 2017). These effects are driven by the physiological effects of heat stress: the pre-frontal cortex, which is responsible for providing the ‘working memory needed for performing mathematical problems, is more temperature sensitive than the portions of the brain responsible for reading functions (Hocking et al. 2001). However, they fail to find evidence for the influence of longer-run temperature on test scores. Cho (2017) does find that longer-run exposure to heat stress during the summer months affects both math and reading scores in South Korea, but the study is ambivalent about the underlying mechanism.

In developing countries and particularly in India, the problem is more complicated because large portions of the population are poor, and their livelihoods remain climate-exposed. Specifically, 60% of the Indian population lives in rural areas and is dependent on agriculture for their livelihood. If agricultural yields and the demand for agricultural labour is affected by the physical relationship between heat stress and crop growth (for example, Schlenker and Roberts 2009, Schlenker and Lobell 2010), and if agricultural households are liquidity constrained (for example, Rosenzweig and Stark 1989, Rosenzweig and Wolpin 1993, Paxson 1993, Townsend 1994, Deaton 1997, Dercon and Krishnan 2000, Dercon, 2005, Cole et al. 2013), it could lead to a reduction in children’s human capital investments for many households (for example, Jacoby and Skoufias 1997, Jensen 2000, Maccini and Yang 2009, Thomas et al. 2004). And such decreases in investments in children may manifest in insults to human capital production. Indeed, in recent research (Garg, Jagnani and Taraz 2018), we present evidence that higher-than-normal temperatures over a longer-run horizon, measured as the number of hot days in the calendar year prior to the year of our study, reduce agricultural incomes contemporaneously, and have large negative impacts on children’s subsequent human capital outcomes.

Differences between the effects of higher temperatures across the growing versus non-growing seasons are strongly suggestive of an agricultural income mechanism. In fact, using data compiled by researchers at the International Crops Research Institute for the Semi-Arid Tropics (ICRISAT), we show that current-year higher temperatures reduce both agricultural yields and rural wages. Lastly, we demonstrate that effects of temperature on test scores are more pronounced in districts where the dominant crops are not heat-resistant, with no economically meaningful effects of temperature on tests scores in districts that grow heat-resistant crops. Thus, the totality of evidence that we present strongly suggests that one mechanism underlying the temperature-test score relationship in India is agricultural income. Time and income are important inputs into human capital, and current-period fluctuations in family resources may decrease subsequent human capital accumulation by reductions in time devoted to schooling or income devoted to health investments. For instance, we find that more hot days in the previous year also reduces current-period school attendance and children’s body mass index (BMI). Although, there may be also other margins through which decreases in income translate into insults to children’s human capital.

We also examine the influence of the physiological mechanism in explaining the relationship between longer-run temperature and test scores. Exposure to high temperatures may harm children's human capital through the physiological mechanism in two ways: (i) a hot day could continue to affect future learning if the human body is unable to internally self-regulate to higher ambient temperatures, and (ii) repeated exposure to heat stress at school could affect learning repeatedly. First, although we find that higher temperature on the day of the test reduces math test scores, we don’t find evidence for persistent impacts of a hot day. Second, we calculate the impact of previous year hot day bins on test scores separately by whether the day occurred during the school year of the non-school year. The fact that the magnitudes of the effect of hot days during the non-school year and hot days during the school year are statistically indistinguishable suggests that repeated or cumulative exposure to heat stress during the school year is unlikely to be the only explanation for our results. Other channels through which higher temperatures might affect children’s human capital in India include incidence of disease that thrive in hot and wet conditions, and school closures, or teacher absenteeism driven by excessive heat. However, we find little evidence for these mechanisms.

As weather, in the age of climate change, becomes more pronounced, it is likely to dramatically impact the poor by limiting pathways out of poverty that depend on human capital production. Thus, the effects of higher temperatures on agricultural incomes, and the consequent effects on human capital production will only be amplified. How can the government allocate scare resources to attenuate these effects? If income is indeed the mechanism of impact, can social protection programmes like the Mahatma Gandhi National Rural Employment Guarantee Act (MNREGA)4 play a central role in shielding the poor from higher temperatures and facilitating adaptation to climate change? Since MNREGA is in many ways a conditional cash transfer programme, low-income families could offset the effects of a poor harvest in the previous period due to higher temperatures by increasing MNREGA take-up. Thus, MNREGA could ameliorate the subsequent negative effect on children’s human capital. Indeed, we show that not only do higher temperatures increase the contemporaneous take-up of MNREGA, but that MNREGA attenuates the impact of higher temperature in the previous year on current-period test scores by close to 40%. These results suggest that governments and policymakers should expect reliance on social protection programmes to increase in the future, and that public resources should be appropriately allocated to strengthen similar programmes to support adaptation to climate change.