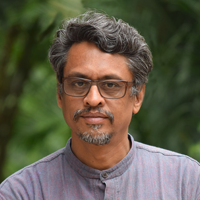 The central government is pushing financial inclusion in a big way. In this article, MS Sriram discusses the role of identity in financial inclusion, and the importance of Aadhaar in this context. He argues that while Aadhaar has facilitated opening of bank accounts by providing a verifiable identity to the poor, it has distracted the financial inclusion agenda by claiming to be a ‘fix-all’ solution.

In the last few years, a lot of clutter and noise has occupied the financial inclusion agenda. This has partly been because of the policy push for financial inclusion by both the Government of India and the Reserve Bank of India (RBI), through a number of initiatives with varying objectives, mechanisms and technologies. Examples include the 100% financial inclusion village scheme1 which the banks undertook at the behest of RBI; a scheme to cover all habitations with a population of more than 2,000 with banking outlets, for which the RBI set targets and allocated villages to banks; and the setting up of ultra-small branches2 and customer service points, and deploying business correspondents (BCs3) by the Ministry of Finance. The Swaabhiman scheme of the previous government, which envisaged the provision of a bank account to every household, has now been repackaged and relaunched by the new government as the Prime Minister’s Jan Dhan Yojana (PMJDY). PMDJY seeks to provide universal access to basic banking services by 2018. Besides bank accounts, the scheme will provide debit cards, overdraft, credit and insurance facilities, and allow account-holders to receive government transfers through the bank.

On the other side, the banking system has rolled out the backbone technology for transactions. This makes transactions interoperable across banks, and small transactions are possible at a lower cost if there is extensive rollout of the technology. This has spurred a fresh thinking on not only pushing banks to open accounts, but also to enhance banking transactions’ traffic through the direct transfer of government benefits (example, widow pensions, student scholarship etc.) to the bank accounts of beneficiaries.

While the Aadhaar project of the UIDAI (Unique Identification Authority of India)4 has been useful to the financial inclusion drive, it has also added to the ‘noise’ and distracted from the agenda in some ways. I discuss this by breaking the financial inclusion process into two parts: (a) opening an account or establishing a banking relationship, and (b) undertaking banking transactions or maintaining the banking relationship.

The role of identity in the financial inclusion process

There have been two significant problems from the supply side in getting the poor and the excluded into the formal banking system. While the informal sector largely depends on memory, social networks and personal connections to identify customers and begin a banking relationship, the formal sector can only use these as a starting point. In formal banking, this memory would need to be committed to paper, so that it is retrievable, and independent of the person representing the organisation that is providing financial services. Identity in the formal banking sector is established usually by a photograph of the customer. The verification of identity is done through a system of introduction (by an existing customer of the bank, employee etc.) or through an alternate document (such as ration card, passport, driver’s license etc. that have a photograph and name). In addition to verified identity, it is also important to have an address, so that the formal financial institution can contact the customer and has recourse in the event of a loan default. Thus, verified identity and address are two business necessities for opening accounts in the formal banking sector; with increased global movements of finances across purposes, they are even more essential from the point of money laundering. The excluded usually have neither proof of identity nor address.

Most of the financial inclusion campaigns are aimed at opening bank accounts and including the excluded in the formal banking system.

While identity and address are needed to start off a transaction, an identity is also needed every time the customer is transacting with the formal institution, to establish a trail. This is achieved by having a proxy for the identity – a signature, a pin or a password. In some cases, the biometric identity of the customer is also collected and used for this purpose. The significant problem with transacting is not identity, but the fact that there are few instances of transaction. The poor open bank accounts but have almost no occasion to deposit money in the account or withdraw from the account, since they are not involved in many monetised transactions that are settled in cash (for instance, agricultural wage payment may partly be settled in the form of grain). Therefore, the challenge of financial inclusion is much more in establishing the systems for having money flow through the banking system, than in opening the accounts. The direct benefit transfer (DBT) initiative will mitigate this concern to an extent, as it would get the customers into the bank and inculcate the habit of banking.

The UIDAI’s Aadhaar project started in 2009. The key goal was to provide a lifelong, unique identifier through biometrics to every resident of the country, which would be interoperable across places. But the utility of the project had to be justified. One of the gaps recognised by Aadhaar was the identity issue in the context of financial inclusion. Given that it was difficult for people, particularly the poor, to provide authentic identity papers to start a banking relationship, Aadhaar pitched itself as a solution that would provide an authentic, verified identity document. This was indeed facilitative as verified identity aided smoother opening of bank accounts – the first step in the process of financial inclusion.

Perhaps criticism from the civil society and other quarters regarding issues such as privacy, prompted Aadhaar to promise a lot more than identity for the first step of financial inclusion. It went a step further and set up Aadhaar-enabled Payment Systems (AEPS) – a platform that provided interoperability across banks and ensured last-mile connectivity. It made a promise to the State that by using this platform for directly transferring benefits to beneficiaries, it could cut down on transmission costs, eliminate leakages, and reduce petty corruption. Aadhaar also introduced the concept of micro-ATMs5. Both of these were beyond the mandate of the project and an intrusion into the banking space, thereby hinting that Aadhaar claimed to solve the transaction-related problem and that it was banking technology that was holding it up. It distracted the process by putting de-duplicated identity6 at the core of all the problems.

Technically both these platforms (AEPS and micro-ATMs) could have been easily managed with the existing banking system. The banking system has always operated with identity proxies (at the transaction stage) and has not found the need to de-duplicate the identity of the customer at every instance of the transaction. This could be achieved through their own databases and interoperability across the banks, without Aadhaar. All that was missing was interoperability at the last mile – the BCs. This problem could be solved easily, by connecting the BC with the bank’s core system on a real-time basis rather than through a day-end process.

Yet, UIDAI insisted that DBT should happen through the Aadhaar platform. Let us consider the example of the direct transfer of LPG (liquefied petroleum gas) subsidies to the accounts of the beneficiaries. The banking system spends endless amounts of time and energy in seeding7 the Aadhaar number with the bank account number and the LPG number. A direct transfer of subsidies could have happened even without the seeding of Aadhaar. The promise made by Aadhaar of weeding out fake accounts, duplicates etc. could have happened even without Aadhaar at the first cut, by ensuring that there was only one bank account per LPG customer. As far as the issue of multiple LPG connections is concerned, there have been alternative mechanisms of weeding out bogus LPG connections which are not necessarily as intrusive as the Aadhaar methodology. For instance, the Karnataka government at one time required consumers to associate their LPG connection numbers with their electricity meters. While it is certainly not the most foolproof way of eliminating multiple LPG connections, it is a simpler, more cost-effective way of addressing the problem.

The larger problem with regard to DBT is in the classification of beneficiaries into the eligibility pool and Aadhaar does not solve that issue.

Aadhaar did bring to the fore several important issues that were important for the cause of financial inclusion. It speeded up the thought process and piloting of DBT, and began the conversation on compensating the banking system for carrying out these transactions. This provided the necessary transactions for the accounts opened under the existing financial inclusion drives. Moreover, it made the customers familiar and comfortable with the banking outlet – which would possibly lead to greater financial involvement of the customer with the bank.

However, to package Aadhaar as a ‘fix-all’ solution was misleading and distracted the natural progression of financial inclusion.

Aadhaar important for financial inclusion, but in a limited way

The Aadhaar intervention has contributed to the financial inclusion agenda by shifting focus from the mindless opening of accounts to the next level of getting transactions into the accounts. However, by aggressively advocating AEPS, Aadhaar number seeding and micro-ATMs, the UIDAI possibly added more unnecessary costs and layers to the banking system. The key question that needs to be asked is whether de-duplication of identity is necessary at every instance of transaction, or only at the account-opening stage. If the answer is yes, then we could see the intervention of Aadhaar as an investment. If the answer is no, which is what I argue, then we can see Aadhaar as using the identity vehicle to intrude into the transaction space. Aadhaar defeated the purpose of financial inclusion and the appropriate discourse it raised, by actively becoming a participant in providing a solution much beyond its mandate.

A version of this article has appeared in the Economic and Political Weekly.