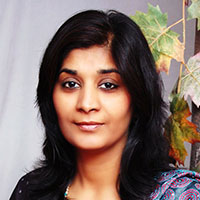 This article analyses the sources and correlates of the economic slowdown in the Indian economy during 2019-20. It establishes that the slowdown was largely confined to one year, and to the manufacturing sector. This is attributed to the Covid-induced lockdown; the collapse in exports – which was both due to a sharp slowdown in global trade, and the fact that India lost its market share in a slowing market; and credit collapse from banks and non-bank financial companies.

Multiple diverse narratives persist about the Indian economy. One of them suggests that it has been one of the fastest growing economies in the world, on the verge of catapulting into a growth trajectory of 8-10%. Another asserts that India’s economy was experiencing a deep slowdown even prior to the advent of Covid-19, and is unlikely to recover from it soon. These conflicting narratives are being rehashed as the economy recovers from the ravages of the pandemic and prepares to settle into a new equilibrium growth trajectory. But what will the post-Covid growth trajectory look like?

The projection of future growth rates is harder due to the fact that, breaking a continuous streak of a nearly 7% growth rate during the previous years, growth slowed down ominously, to barely 4% at the onset of Covid during 2019-20 (Figure 1).

Source: First Revised Estimates of the GDP (released on 29 January, 2021)

Decomposing the deceleration in the GDP during 2019-20, we establish that it can be primarily accounted for by the manufacturing sector, which contracted by 2.4% during the year (as compared to an average annual growth rate of 7.4% between 2012-13 and 2018-19). Agriculture, on the other hand, grew at 4.3%, higher than the average achieved in the previous years; and the services sector experienced a relatively milder deceleration, growing by 7.2%, as compared to 8.2% in previous years. Within industry, besides manufacturing, construction activity started on a weak note at the beginning of the year and weakened further during the year. Within the services sector, the deceleration was concentrated in the last two quarters of the year.

An analysis of GDP growth from the expenditure side indicates that private consumption was steady in the first three quarters of the year when the growth rate averaged at 7%, was identical to that of the previous years. It was in the last quarter that consumption growth slowed down sharply to 1.9%. Government expenditure grew at a robust rate of 7.9%, higher than the average of 5.8% achieved during the previous years. Investment growth too was relatively stable at 5.4%, as compared to a marginally high rate of 5.9% recorded in previous years.

What could have caused the economic slowdown?

There were no apparent shocks that impacted the economy during 2019-20 to account for a slowdown of this extent. Most of the economic or policy shocks occurred in earlier years: demonetisation in 2016-17; implementation of the Goods and Services Tax (GST) in 2017-18; and the reversal of capital flows in 2018-19. Yet, during these years, the economy registered healthy growth rates of 8.3, 6.8, and 6.5%, respectively.

In addition, a number of growth-supportive reforms were announced in 2019-20, including reduction in corporate tax rates, easing the business environment, and relaxation in Foreign Direct Investment (FDI) limits in specific sectors. Macroeconomic stability was maintained throughout the year: inflation was range-bound, current account deficit was below one percent of GDP; bond yields on government debt had declined; equity markets were buoyant; foreign capital flows were stable; exchange rates were in line with the past trend; and oil prices were below the levels seen in the past years. Both fiscal and monetary policies were supportive of growth too – the RBI lowered its key policy rate by a cumulative 110 basis points1 during the year).

With this information in hand, we delineate the three factors that could explain a large fraction of the economic slowdown during 2019-20 (see Gupta and Tyagi (2022) for further details).

The impact of Covid-19

As Covid-19 surfaced in India, a curfew was imposed on 22 March 2020; followed by a full-fledged nationwide lockdown starting on 25 March, which eventually lasted until 31 May. Several high-frequency indicators of economic activity declined precipitously during this period: the sale of automobiles contracted by 42%; railway passenger traffic contracted by 39% during March 2020 itself.

Roughly about 2% of the annual economic activity is generated in any typical week of the year2. We assume a 24% decline in economic activity in the last week of March 2020 alone – in line with the contraction recorded in the following quarter (the first quarter of 2020-213) – while the country was under a lockdown. This resulted in a contraction of 48 basis points in annualised GDP growth (we get an annual decline of 0.48% when taking 2% of a 24% contraction for that week). Put differently, the economy could have added 8 basis points to growth in that last one week4 but instead contracted by 48 basis points.

Global trade and exports from India

Indian exports correlate strongly with global trade volumes. Goods and services exports caused growth to decline by 0.7 percentage points in 2019-20, compared to a positive contribution of 1 percentage point in previous years. After correcting for a commensurate decline in imports5 nearly 120 basis points worth of decline in growth can be attributed to the collapse in net exports.

The role of finance

A final factor that stands out is the collapse of credit from banks and non-banking financial companies (NBFCs) during the year. Nominal bank credit growth grew at 6.5% during 2019-20, compared to a growth rate of 8.7% during the years 2013-14 to 2018-19; and 23% during the decade of 2000-2010. NBFCs picked up the slack initially, growing at 18% a year during the period of 2013-14 to 2018-19, but their credit growth too slowed down to 7% in 2019-20. Meanwhile, credit growth by the Housing Finance Companies almost completely died down, and credit from the cooperative banks too slowed down. The Reserve Bank of India (2020) attributed the credit slowdown to risk aversion, impaired balance sheets (especially of the NBFCs), higher cost of funds, liquidity squeeze, and rating downgrades of the NBFCs.

Note: Values are regression coefficients, where the dependent variable is a change in the growth rate of value added in manufacturing (household and corporate), which is regressed on dummies that take a value of 1 if the value is higher than the median, and a value of 0 otherwise.

The results are even starker for industries that are more export-oriented. Industries with an above average exports-to-output ratio contracted by 4.2% during 2019-20, compared to a close to 10% growth rate in prior years, resulting in a growth turnaround of about 14%. The comparable number for industries less dependent on exports is 5% – these industries grew at 6% prior to 2019-20, and at a much slower pace of 1% during 2019-20.

Growth post-Covid will also depend on re-imagining India’s financial sector space. Financial stability emerged as a potential risk a few years ago. Due to a series of policy efforts, the sector is now stable. However, despite becoming stable, credit growth by the public sector banks has remained lacklustre. Between 2015 and 2020, the credit growth of public sector banks was 3.2% a year, as compared to 18% a year for private banks. This is despite an infusion of nearly 2.5% of GDP in recapitalisation of the public sector banks, equivalent to 4% of their assets, over the past 10 years. Healthy credit growth through the banks and NBFCs will remain crucial for economic growth in the coming years.

Growth will also be contingent upon maintaining and actively seeking greater integration with the global markets. All sectors of the economy – agriculture, industry, and services – can contribute more to growth if they are able to access a larger, foreign market. Examples from other countries, such as Bangladesh, Cambodia, and Vietnam, show that it is feasible to grow exports even in a slowing market by remaining competitive, forging new trade opportunities and securing new markets, and maintaining a relatively competitive exchange rate.