A universal basic income to step up economic reform 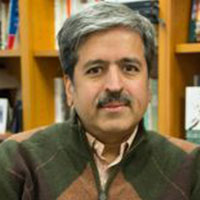 In this article, Nimai Mehta, Academic Director of the Global Economics and Business Program at the American University, highlights the political challenge of introducing the wider set of reforms needed if a universal basic income (UBI) is to lift the poor out of poverty, and of ensuring fiscal affordability of UBI. Further, he shares some initial ideas on how these objectives may be achieved by leveraging the evolving Centre-state relations.

Economist Pranab Bardhan and others have recently advocated that the Government of India provide every citizen a universal basic income (UBI). UBI would avoid the inefficiency and wastage associated with government subsidies, and help lift the poor out of poverty. Based on poverty estimates for 2014-15, they propose an annual payment of between Rs. 3,500 and Rs. 10,000 per person. This amounts, in total, to 3.5-10% of GDP (gross domestic product), at 2014-15 prices. Bardhan argues that UBI payments could comfortably be absorbed in the budget by ending the “non-merit” subsidies1 and tax exemptions that mostly benefit the rich.

A heated debate has ensued on the idea of a UBI for India, a useful summary of which was published recently in Mint. My purpose here is twofold - one, to highlight the political challenge of introducing the wider set of reforms needed if UBI is to lift the poor out of poverty, and of ensuring fiscal affordability of UBI; and two, to share some initial ideas on how these objectives may be within our reach if we succeed in carefully leveraging the evolving Centre-state relations.

A UBI handout by itself would not solve the two fundamental problems the poor face in India - low income-earning opportunities, and inadequate quality of human capital services consumed by them. Where entrepreneurship and job creation continue to face formidable challenges, and public-sector failures in education, health and sanitation severely degrade the poor's expenditure on human capital, a UBI will prove insufficient or even wasteful. This is not because, as many fear, the poor would spend it unwisely, but because, without wider reforms, the poor remain handicapped in their ability to 'buy' themselves out of poverty, whether through entrepreneurship or investments in their human capital. Worse, a UBI handout could reduce the political incentive for these reforms.

Two distinct sets of reforms are needed to remove these handicaps faced by the poor (and the non-poor): (a) broad-based economic reforms that would strengthen entrepreneurship, remove barriers to job creation, and increase the returns to human capital investments by the poor; (b) specific reforms to allow the poor to gain better education and health. The poor are already abandoning public schools in large numbers and accessing non-State providers to meet their demand for quality human capital. While a UBI would support this trend, fundamental reforms are needed to establish accountability within public schools and enable non-State actors - non-governmental organisations and private schools - to deliver quality learning outcomes.

On the issue of fiscal affordability, with a very small share of private establishments operating in the formal sector, the taxable base that could help fund a UBI and more basic public goods remains severely limited in India. Plus, given the current political incentives, removal of “non-merit” subsidies would encounter resistance by special interests. A UBI that is introduced over and above existing subsidies would thus end up creating an unsustainable budgetary burden.

The real value of a UBI for the poor in India rests on our ability to solve these economic reform and political incentive challenges.

UBI as a political lever for wider reform in India

To move forward, the discussion on UBI needs to shift away from the current narrow focus on efficiency gains to be had from a better use of budget funds. The welfare impact of a minimum UBI proposed by Bardhan and others is far lower than the loss of value the poor have suffered as a result of being caught in the 'low-reform, low-income trap' with a failing public goods provision, and latent entrepreneurship that remains bottled up within the informal sector. That is, more thought needs to be given to how UBI could be employed as a political lever for wider reform in India - reforms that should generate value (and greater tax revenue) in excess of the yearly funding requirements of a UBI.

The Narendra Modi administration's preference for having the states take the lead in initiating important reforms, including labour reforms, seems to offer the best approach. State politicians in India increasingly bear the brunt and reap the rewards of policies that have an impact on the poor in their constituencies. And, at the local level, citizens seem to be able to short-circuit various special interests that the Centre may be less able/willing to take on. The successful lobbying by poor women for alcohol prohibition in Bihar that went against long-hardened interests, including the state's powerful tax and licensing bureaucracy, is a striking example of the ability of the poor to change the electoral calculus for politicians at the local level. While one may disagree with the policy adopted in this case, it is clear that poor women were motivated by the desire to safeguard their family income from wasteful alcohol consumption. We should expect the same poor to be no less politically motivated in safeguarding a basic income provision by the State.

The Modi government has promised support to states willing to take on difficult reform. A UBI co-funded by the Centre and subject to conditional renewal (or increase) if specific reforms are adopted, may provide the carrot and stick to change the political calculus in favour of reform. A preference by the poor for a direct and predictable UBI payout could create a powerful political incentive for states to initiate reform.

Here is how a UBI-for-reform programme could work:

(i) A co-funding offer from the Centre to the states would be 'reform-indexed', with the reform-conditionality being exercised ex-post rather than ex-ante. That is, an initial UBI would be offered but its renewal (or increase) for a second year would be conditional on the fulfilment of actual reforms identified in advance.

(ii) While the UBI amount would be determined by the Centre, individual states would need to initiate the UBI-for-reform programme with the exact co-funding mix to be negotiated.

(iii) To ensure initial fiscal space, UBI funding would be covered by converting an existing mix of Central and state subsidies, transfers, or expenditure.

(iv) New tax revenue from the resulting expansion of the formal sector could be added to the funding mix to help make UBI financially, and politically, viable.

(v) As an initial pilot, a first UBI offer by the government could be conditioned on a limited set of reforms - say, passage of labour reforms that would help move the poor out of the informal sector and into formal sector jobs. A UBI that would include the non-poor would also end up working as a safety net for workers in the formal sector who may be threatened with job loss in the short run.

Of course, a more thorough study is needed of the technical, budgetary requirements than what I am able to provide here. But a clear advantage of this programme is that it would address some key political incentives that have worked against reforms in India.

Potential advantages of a UBI-for-reform programme

UBI can make the benefits of reform clearer to the poor

Reform in India has remained hostage to short-term interests - of politicians, bureaucrats, and special interests that benefit from the status quo. At the same time, a majority of the voting poor perceive neither the long-term benefits of reform, nor directly experience the opportunity costs of missed reform. Linking reform to a UBI is a high-powered way to monetise these benefits for the poor, who will now see their UBI benefits increase with reform or decrease (or stagnate) with missed reforms.

The poor will see UBI payments as a government commitment that they would hold politicians accountable for. Politicians will bear the costs of missed reforms if these mean less UBI for the poor, who will be incentivised to shift their votes. This would strengthen the so-called 'short-route accountability' of state politicians to the poor. In turn, politicians will be willing to put stronger pressure on bureaucrats to deliver on reform (enhancing 'long-route accountability').

UBI and political entrepreneurship at the Centre

A carefully crafted reform-indexed UBI may prove to be just what a political entrepreneur at the Centre needs to push his/her reform agenda, by altering the electoral incentives for state and local politicians. State and local politicians would see the advantage of a reform-indexed UBI that allows them to build political capital among their poor constituents. The Central government could further incentivise politicians in reforming states by allowing them to capture an increasing share of the higher tax revenue that results from expansion of the formal sector.

UBI and interstate competition for the poor (and non-poor)

The Modi government has been hoping that states will compete with each other on reforms. The results so far have been disappointing. State politicians compete on providing freebies to their poor, rather than on reforms. A reform-indexed UBI, by incentivising mobility from non-reforming to reforming states, may help bring about the hoped-for results.

The success of the above reform-indexed UBI programme is not assured. It will depend on political initiative, effective messaging, and implementation. The context for a UBI in India is very different from that faced in more developed countries, where a valuable natural resource (example, oil in Alaska) or a highly advanced productive sector (example, high-tech industry in the US) may be leveraged to sustain a UBI. In contrast, the value of a UBI for India has to be evaluated in terms of creating the conditions for its own redundancy - by enabling the poor in India to step out of the 'low-reform, low-income trap'.

This article first appeared in Mint.