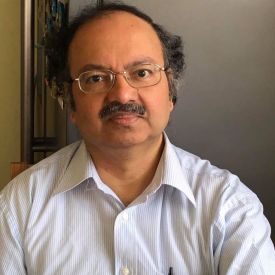 India is on the brink of coming out of its Covid-19 lockdown. In this post, Ghosh and Pal examine the challenges around the implementation of expert advice on effectively leading India out of the lockdown. They argue that the central government can do more to promote intergovernmental cooperation in building a national strategy for resolving policy paralyses, to release essential funding to states objectively for enhancing testing and tracking, and to regulate fake news and misinformation for preventing fear and rumour.

India is on the brink of coming out of its lockdown put in place to halt the spread of Covid-19, following in the footsteps of some hard-hit European nations. After more than a month of a severe lockdown, calls for lifting or relaxing the lockdown are growing louder as the economic costs are mounting, although infections keep rising steadily. In this context, we review India’s exit strategy to restart its economy.

The Covid-19 lockdown in India has now been extended by another two weeks until 18 May, though the government has started relaxing lockdown rules for selected sectors since 20 April. The Centre has classified the districts into three categories: red, orange, and green zones, which is to be revised weekly. The Health Secretary claimed that this classification was multi-factorial, taking account of the incidence of cases, doubling rate, and extent of testing and surveillance feedback. All major cities across India including Delhi, Mumbai, Chennai, Hyderabad, Bengaluru, and Kolkata, are in red zones. The Centre has also asked states to create buffer zones around these containment zones as a safety measure to eliminate any chance of the virus spreading.

Expert views on how to ease the lockdown

It is important to evaluate these exit rules in relation to expert advice from around the world. Dewatripont et al. have suggested that healthy workers need to be identified to help restarting the economies of Europe. Kotlikoff has proposed weekly Polymerase Chain Reaction (PCR) test-based household group testing developed by a Cornell Professor, Peter Frazier for the US. Others in the US have considered the evidence-based value of life approach. For example, Hamermesh has calculated the net gain from lifting the lockdown, which is the difference between the average value of life in the US and the cost of job loss for six months. The underlying idea is that lockdown can be lifted as and when the net gain from exiting turns out to be positive. In the Indian context, Ray et al. recommend allowing (but not forcing) adults under the age of 40 to return to work, provided large-scale antibody testing is performed to limit infections. While most experts highlight the need to identify healthy workers/household to restart the economy, India’s first attempt to relax the lockdown has seen an emphasis on the classification of districts into red, orange, and green zones. There is, however, very little official information about how the Centre and the states are winning the battle to expand testing, tracking, and treatment even as scientists have repeatedly warned that lockdown alone would not be sufficient to tackle the pandemic. There is also growing discord between the Centre and the states, especially the opposition-ruled states. Some states have already raised the concern that the Centre’s classification has been politically motivated.

Surely, implementing expert advice effectively is not straightforward in a country of 1.3 billion, where rampant inequality, poverty, and malnutrition leads to poor health, even among the youth, who often live in multigenerational households with elderly relatives (Census, India). There are also biological uncertainties that require caution to formulate an optimal exit strategy. As asymptomatic individuals who test positive with a serological test may still carry the virus and infect others for a certain period of time, there is a need to verify, through a Reverse Transcription Polymerase Chain Reaction (RT-PCR) test, that these immune individuals are no longer carrying the virus. Only those who test positive with a serological test and negative with a RT-PCR test should be allowed to return to work. The combined use of the two tests would minimise the risk of the virus returning within a few weeks of restrictions being lifted, though scaling up the tests for many is likely to take time.

Also, the reaction to the virus varies from person to person. Even for a given age and gender profile, black and Asian people are more likely to suffer from high blood pressure, diabetes, and cardio-vascular diseases, and are therefore more prone to be affected by Covid-19. Without a well-funded and proactive health system in place, it would be difficult to manage all these in a populous country like India, which has only recently begun preparations for serological testing. The government and private testing facilities for different Indian states provided in this chart, indicate the inadequacy of such facilities, as well as the huge variation across states. Gujarat, for example, has far fewer testing facilities compared to its number of confirmed cases of Covid-19. Newspaper reports suggest that the Indian Council of Medical Research (ICMR) was put in charge of crucial Covid testing on 3 February, and the Council, without much experience, messed up the order for testing kits, and is still struggling to scale up testing.

There is further uncertainty about when and where the disease may strike next. According to experts, those who have recovered from Covid-19 may or may not have developed protective immunity, and re-exposure may lead to re-infection and more severe disease (as is the case with some other infections like dengue, though it is not clear yet if this is the case with SARS-CoV-2). Even if the vast majority of the population is not infected from the first wave of the pandemic, there is the possibility of them being infected or passing on the infection once the social distancing measures are relaxed. Increasingly, digital data to identify people who have travelled to areas where the disease has spread, or to trace and isolate the contacts of infected people, has become a vital resource in developing India’s collective survival strategy against Covid-19.

Challenges around implementation of expert advice

Since introducing the Arogya Setu App in early April for digital tracking, the government has now made its use mandatory for all public and private sector employees since phase 3 of the lockdown started on 4 May. Over the past month, the progress on this front, however, remains rather limited. This reflects the low ownership of smart phones to a certain extent; an estimated 462 million of 1.38 billion Indians had smart phones in 2017, and only about 83 million had downloaded the app till 2 May. More importantly, there are growing fears and lack of trust in the government: while the App could legitimise the cause of tracing the virus’s spread, there are fears that these powers could easily lead to the abuse of civil liberties. Indeed, India has witnessed a clampdown on dissent, imprisoning those critical of the government during the lockdown. The pandemic may thus create an opportunity for disregarding the basic human rights, which risks putting the battle against the virus on the back burner.

This is evident in the failure of central leadership in coordinating crisis management across the states. Health is in the state list of the Indian constitution. Since the state finances dried up because of the sudden lockdown, tackling this crisis requires the delivery of healthcare provision by the states to be supported by sufficient central government funding. As yet, there is no Covid-specific fund despite experts repeatedly pleading for a bigger economic package, as in the US and Japan. So far, the Centre has released half of its share in State Disaster Response Mitigation Fund (SDRMF) for 2020-21, that is, Rs. 110.92 billion in its first instalment to 28 states. The fund can be used for cluster containment, quarantine, and purchase of personal protective equipment for health, municipal, police, and fire authorities. Meanwhile, the Prime Minister (PM) and most states’ Chief Ministers (CMs) have initiated various Covid relief funds. Announced on 28 March, the PM’s controversial PM-Cares Fund has raised significantly more money than various CM relief funds, and this can primarily be attributed to the corporate patronage that the PM has earned. More importantly, there is no accountability of the PM-Cares Fund, which is being exempt from government auditing, and so far very little information has been made public as to how the money is being spent. Govinda Rao, member of the 14th Finance Commission, has stressed that there is an obvious lack of clarity in central funding to the states, which is essential for winning the Covid-19 war. Further, the amount released towards the SDRMF shows a possible bias towards the Bharatiya Janata Party (BJP)-ruled states. The funds allocated do not necessarily reflect the number of infections recorded in those states or the density of population. There was outrage in many quarters that smaller states, such as Himachal Pradesh, have received a higher amount (Rs. 2.04 billion) as part of the SDRMF, highlighting a lack of trust between the Centre and the states in crisis management.

This lack of trust may stoke rumour and fear, posing a threat to India’s volatile and fractionalised society. This could be worsened by the religious beliefs, misinformation, and fake news, sometimes propagated by the elected legislators to communalise the pandemic. The Government Ministry of Ayush’s advisory has been criticised for recommending herbs and homoeopathic medicines (rather than testing and tracking) as cure for Covid-19. Even the PM’s attempts to ask people to clap or light a specific number of candles at specific times on specific days to fight the virus have been linked to beliefs in astrology and numerology, defying modern scientific reasoning. In the absence of proactive efforts to regulate rumour-mongering and cyber-crime, concerns would remain about the government’s true willingness to make use of scientific advice for effective policy formulation. Indeed, there is emerging evidence that the government has sidelined the scientific taskforce it appointed, thus ignoring its meticulous planning of lockdown relaxation.

Few of today’s political leaders have ever faced anything like a pandemic and its economic fallout. However, the state of Kerala has witnessed remarkable leadership to tackle Covid-19 scientifically, transparently, and proactively within its limited means. The ICMR on 2 May said it would "continue referring to the Kerala model" for testing and containment strategies, though a gulf of difference persists between Kerala and some of the other Indian states. While PM Modi has been pushing for a regional cooperation in the SAARC (South Asian Association for Regional Cooperation) region, we are yet to see any promising national effort to push for a consensus-based national strategy for testing and tracking as long-distance trains and buses resume operations. The division between the Centre and the opposition-ruled states, in particular, is growing by the day, as has recently been highlighted in the ugly fight over the financing and management of the migrant crisis, diluting the concept of ‘Indianness’. The country is surely looking to its PM to provide the essential leadership towards promoting intergovernmental trust and cooperation for addressing the policy paralysis, to scale up Covid funding to the states for enhancing testing and treatment, and also to control fake news and misinformation to prevent fear and rumour. Let us hope that he can turn the tide.