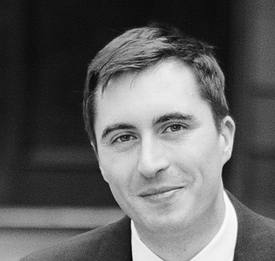 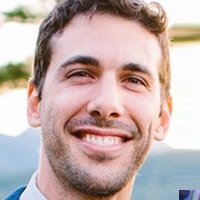 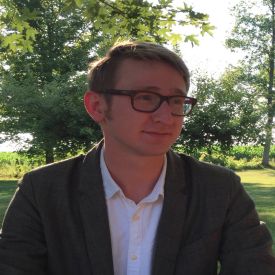 Conflict between religious, linguistic, tribal, or racial groups plagues many of the world’s democracies. India has seen frequent violent clashes between Hindus and Muslims since independence. The most comprehensive dataset of such violence suggests that at least 1,000 communal riots occurred between 1962 and 2000, resulting in 30,000 deaths. What explains communal violence? Why is ethnic conflict more severe in some places and at some times than in others? In our research (Nellis, Weaver and Rosenzweig 2016), we point to an important yet largely overlooked driver of ethnic violence: the ruling political party at the local level.

At first glance, this explanation seems surprising. As Thomas Hobbes famously argued in Leviathan, citizens fear disorder above all else; they look to the State and its leadership to stop it, even by draconian means. If Hobbes was right, then ruling parties that fail to keep the peace should expect to lose votes in the next election, irrespective of their ideological leaning. In other words, all political parties should have an equal incentive to prevent violence.

Yet anecdotal evidence suggests that the character of incumbent parties matters a great deal for interethnic conflict. Ruling parties such as the Kenya African National Union in Kenya became notorious for fomenting ethnic violence around election time, while others, such as the African National Congress in South Africa and the National Front in Malaysia, are said to have worked hard to prevent it.

Similar claims exist for India, too. Scholars have long argued that the avowedly secular Congress party used its position of dominance in the early post-Independence years to curb communal conflict – an urgent task following the large-scale bloodshed of partition.1 However, there is little systematic evidence that Congress rule actually had such an effect. Moreover, the bulk of scholarly attention has focussed on the role of Congress at the national level, even though law and order is primarily the responsibility of state governments. Local politicians have been said to play a critical part in mitigating or stoking disputes in their constituencies; but again, the evidence is thin.

Effect of local Congress incumbency on Hindu-Muslim violence in India

Our research tries to bridge this evidence gap. We provide the most credible test to date of the effect of local Congress incumbency on Hindu-Muslim violence. Drawing on comprehensive data from the Election Commission of India, as well as geo-coded Hindu-Muslim riots recorded in the Wilkinson-Varshney dataset, we assess whether having a Congress versus non-Congress MLA (Member of the Legislative Assembly) affected the probability of riots breaking out in the period 1962-2000.

Importantly, our research design allows us to overcome the statistical maxim that ‘correlation does not imply causation’. Imagine we were to simply compare the average number of riots in constituencies where Congress candidates won versus constituencies where Congress candidates lost. All kinds of factors might confound this comparison – factors that determine the chances of both Congress’s electoral success and the outbreak of riots. For instance, Congress has traditionally performed better in rural areas, yet riots disproportionately occur in urban areas – perhaps in part because riots are easier to coordinate when people live in close quarters. Riots may well be less prevalent in Congress-held constituencies, therefore, but for reasons that are unrelated to the party holding the seat.

To get around these hurdles, we focus our analysis on a small subset of elections: those in which a Congress candidate won or lost very narrowly – within 1% of the vote. In these races, we contend, the outcome of the election is as good as random, dependent on arbitrary factors like the weather on election day. On average, then, constituencies in which Congress narrowly won and narrowly lost should be similar on average in every respect before the election takes place. Any differences that materialise between these two sets of constituencies after the election can therefore be attributed to the impact of Congress incumbency. This approach, known as a regression discontinuity design, allows us to infer the causal effect of Congress rule on local Hindu-Muslim violence.2

We find that in places where Congress narrowly wins in these closely fought races, Hindu-Muslim riots are much less likely to occur – and lead to fewer casualties – than in places where they narrowly lose. The effects are large. In fact, our analysis suggests that had Congress lost all close elections in our dataset, India would have experienced 11% more Hindu-Muslim riots (1,114 instead of 998) and 46% more riot casualties (43,000 instead of 30,000) over the four decades we investigate.

Why did Congress incumbency have this effect? We find tentative evidence that electoral incentives hold the key.

First, Congress has been historically reliant on the votes of India’s Muslim community. As the primary victims of communal violence, Muslim voters often care deeply about electing politicians that will protect them from attacks. To maintain the support of this key voting bloc, Congress politicians have needed to take strong action to quell Hindu-Muslim riots – mostly, we suspect, by instructing the police to quickly put down disturbances before they escalate. Consistent with this account, we find that the dampening effect of Congress incumbency on communal riots is largest in districts with the largest Muslim populations.

Second, Congress relies not just on Muslim votes (which are too few to win elections on their own) but on a diverse, multi-ethnic coalition to elect its candidates into office. When interreligious trust declines, this coalition runs the risk of breaking down, costing Congress the support of other religious group, notably Hindus. We detect signs of precisely such a process at work. Specifically, we see that where Hindu-Muslim riots occur, the next-election vote share for Congress goes down, while the vote share for its ethno-religious rivals goes up. It seems, then, that communal violence polarises the electorate along religious lines in a way that harms the multi-ethnic Congress’ electoral prospects. As a result, the party has a clear incentive to prevent such violence if it wants to keep winning elections.

Our finding that riots reduce votes for Congress raises the possibility of a feedback loop: the outbreak of Hindu-Muslim violence seems to cause Congress to lose votes and seats, which in turn leads to more riots, and so on in a downward spiral – one that could threaten democracy itself. Congress’ decades-long dominance may therefore have been pivotal in forestalling this possibility.3

The results also have policy implications. First, they underscore the wisdom of electoral rules that encourage multi-ethnic parties to form. According to the logic we outline, these types of parties are much more likely to stop communal violence than their ethnic party competitors. Second, the findings suggest a need to insulate police from political pressures, and to increase levels of police professionalism, so that their decision to step in to quell attacks on minorities won’t be swayed by which political party happens to be in power at the time.