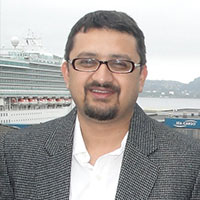 This project focusses on the impact of National Rural Employment Guarantee Scheme (MNREGA) on the labour market through studying its impact on intra-household allocation of labour, particularly between private and public employment. It also investigates how MNREGA affects the agricultural sector, and whether it is leading to a contraction of private casual labour supplied to the market. It uses a dataset collected during 2005-2006 (pre-MNREGA), 2006-2007 (short term) and 2010-2011 (long term) on a panel of villages and households and allows analysis of short- and long-term questions. It finds that relative to earlier periods of MNREGA, a smaller proportion of casual labourers work in the private sector in recent years. In addition, casual labourers who belong to households that partake in MNREGA work have a lower probability of working in the private sector.