Examining the macro effects of MNREGA 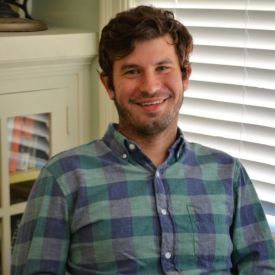 While numerous micro-founded studies examine the household-level effects of MNREGA, little is known about its aggregate macro effects and long-term benefits to output, if any. Analysing district-level data from 2000-2013, this article shows that introduction of MNREGA led to an increase in measures of economic activity: 3% increase in night-time lights, and a 13% increase in banking deposits. However, the positive effects are mostly driven by the richer districts, which is indicative of potential implications for inequality.

There is currently much debate about the best way to transfer money to the poor across the globe, and public-works programmes are increasingly being used to promote welfare among the poor in lower-income countries. India’s Mahatma Gandhi National Rural Employment Guarantee Act (hereafter MNREGA) is the largest public-works programme in the world. The programme provides up to 100 days of paid labour per household, in rural areas. By design, this approach self-selects individuals who are willing and able to perform (mostly manual) labour at the state minimum wage. In other words, it is ‘self-targeting’ in that non-poor individuals are not likely to sign up to do such work. Workfare may also prevent dependency in that the poor will turn away from such schemes once better labour market opportunities arise, making them an attractive alternative to unconditional and conditional cash transfers where there might be uncertainty about how and when to phase households off such programmes.

A lot of micro-research has been conducted to measure the impacts of MNREGA on households in rural areas. These studies mostly show that MNREGA led to wage improvements through a number of channels both in the private and public sector (for example, see Imbert and Papp 2015, Sukhtankar 2017, Zimmermann 2020, Muralidharan et al. 2020). In particular, having a large employer (that is, the government) enter the labour market has ripple effects. The introduction of MNREGA increases demand for all unskilled labour – not simply for those participating in MNREGA – and leads to an increase in the price of all unskilled labour (Muralidharan et al. 2020). In addition to the general labour-market effects, the safety net of guaranteed employment entices labourers to incur risk by changing employment and/or pursuing higher risk-reward crop allocations to increase earnings among the poor in India (Raghunathan and Hari 2015, Zimmerman 2020).

While numerous micro-founded studies examine the household effects of MNREGA, little is known about aggregate macro effects of the programme, and long-term benefits to output, if any. Our research attempts to fill this gap and quantify the impact of MNREGA on aggregate output. We use the staggered rollout of MNREGA during 2006-2008 to estimate the within-district average change to annual night-time lights and quarterly deposits in a district-level panel for the period 2000-2013 (Cook and Shah 2020).

Why do we look at annual night-time lights and quarterly deposits, instead of income? As official district-level GDP (Gross Development Product) or other measures of output per capita or income are often incomplete and/or inaccurate, night-time lights are increasingly being used as a proxy for output. Beginning in 1992 (and annually since), the US’ Defense Meteorological Satellite Program began using satellites to track the average amount of light across the globe at night, taking into account distortions from clouds, gas flares, etc. This measure of night-time light has a strong and robust association with economic output and GDP (Henderson et al. 2012), allowing us to measure district-level changes from the rollout of MNREGA. As a secondary proxy for economic activity, we use the quarterly amount of district deposits from the Reserve Bank of India (RBI). The idea being that increased economic activity (more output, higher wages, etc.) would be associated with an increase in banking deposits, all else equal. Taken together, we consider both measures as good proxies for district-level aggregate output that allow us to measure changes due to MNREGA.

This positive estimated impact of MNREGA is driven entirely by the better-off districts that received the programme in the last wave of the rollout. These wave-three districts show, on average, annual increases in income of Rs. 890-1,162, which is roughly 3-4 times the average effect from all districts. The estimated effect of MNREGA for poorer, earlier-wave districts (2006 and 2007) is not statistically significant for both night-time lights and banking deposits, and the magnitude of the coefficient is close to zero for both outcomes. Clearly there are large differences in the implementation and effectiveness of MNREGA across districts but understanding the mechanism behind the finding that better-off districts drive the beneficial effects from MNREGA is beyond the scope of our research.

Why aggregate effects are important

Aggregate responses to MNREGA are of interest for a few reasons. First, while MNREGA may have increased wages, it is possible that the substitution of labour from the private sector to the public sector led to reductions in overall output. In other words, workers move to a subsidised public-sector option, leading to higher wages for those workers but less output overall. Second, MNREGA provides ‘shovel-ready’ jobs to improve agricultural infrastructure, roads, and so on. Measuring household wages alone will not account for the broad economic benefits resulting from these improvements to an area’s infrastructure. Third, by design MREGA pays women equal wages to that of men, which may entice women to join the formal labour market. Finally, as mentioned above, MNREGA likely served as a safety-net option for some, if not all workers. This could cause workers to pursue higher risk-reward options that, on average, increase output in a given area. In short, there are important questions to answer when measuring the aggregate impacts of MNREGA that are absent from the largely micro, household-level literature.

The estimated aggregate effect of MNREGA suggest that the programme has more than paid for itself on average, but this positive effect is driven by districts that were better-off prior to the rollout of MREGA. While our estimates suggest the programme has been successful in raising incomes on average, it looks as though the effects may be exacerbating inequalities. Wave 1 and 2 districts were targeted to receive access to MNREGA earlier due to being poorer, but the positive effects are located in the later wave, richer districts. It is clear from our analysis that if the government is interested in reducing inequality through MNREGA, we need to gain a better understanding of why on average, poorer districts are not benefitting from the programme.

Interesting study using surrogate data on increased lights and bank deposits. Has the increased availability of electricity and access to bank accounts during the study period in the specific districts been factored into the assessing the net impact? The unanswered questions about the macro impacts are more important. For example , if the funds were used to provide training in some productive activity such as construction, plumbing, electrical skills, carpentry to at least a subset of beneficiaries , future earning would be higher. Ditto for rural household activities such as bee keeping, food preservation, pottery production and manufacture of artisanal goods. It is well known that rural works such as rural and municipal roads made with shoddy material don't last one rainy season. They are not chosen to have the highest social benefit to the community such as repairing primary schools or health centers. From personal experience, the diversion of labor from private to possibly less productive public activities has reduced labor supply for agriculture leading to a loss of output.

what type of work