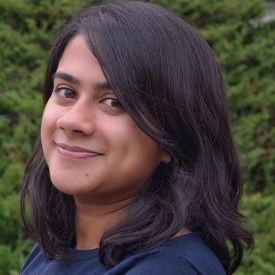 Programmes involving sale of subsidised houses to lower-middle class households have been spearheaded in all major Indian cities. This article studies the effects of one such programme implemented through lotteries in Mumbai, on winners’ attitudes. It finds that winning an apartment increases beneficiaries’ knowledge about local politics, and their reported political participation to improve neighbourhoods. It also has large positive effects on educational attainment and employment outcomes of their children.

Programmes involving sale of subsidised houses to lower-middle class households have been spearheaded in all major Indian cities by state-level development boards. These boards were created under India’s Second Five-Year Plan (1951-1956) that provided central government funding to states to develop low-income housing (Pornchokchai 2008). The same development plan advocated for cooperative, citizen ownership in all sectors of the economy; as a result, the housing boards developed apartments that would be sold, rather than rented, to individuals, and buildings that would be collectively maintained by all owners (Ganpati 2010, Sukumar 2001). This policy of construction for ownership continued even as the central government’s development plans moved towards policies favouring the facilitation of private construction after the economic liberalisation of the 1990s. Moreover, in 2015, India’s federal government claimed a housing shortfall of over 18 million to motivate a plan, Pradhan Mantri Awas Yojana (PMAY), to build 20 million affordable homes by 2022. Grants to subsidise the construction and sale of low-income housing by local municipal boards remain a central component of this policy.

The subsidy constitutes wealth transfers to beneficiaries, experienced in any combination of three payout structures: through housing benefits for those who choose to live in the subsidised home, through cash benefits for those who choose to rent it out, or lump-sum (Rs. 661,700 to Rs. 2,869,015) through resale. Aside from transferring wealth directly, these interventions also facilitate the purchase of an asset that has great potential for appreciation in value, particularly in growing cities, and forms the cornerstone of wealth accumulation for many families.

The intervention and methodology

In recent research (Kumar 2019a, Kumar 2019b), I study a subsidised housing programme implemented in Mumbai by the Maharashtra Housing and Area Development Authority (MHADA). MHADA runs subsidised housing programmes for economically weaker section (EWS) and low-income group (LIG), urban residents who: (1) do not own housing, and (2) who have lived in the state of Maharashtra for at least 15 continuous years within the 20 years prior to the sale. Winners have access to loans from a state-owned bank, and most take out 15-year mortgages. While the down payment and mortgage leave this programme out of the reach of many of the city’s poorest residents, it gives eligible middle-class families without property, the opportunity to purchase heavily subsidised apartments.

Because this programme, like most others run by state housing boards, allocates apartments through a randomised lottery system, a study of winners and non-winning applicants can be thought of as a randomised experiment. During September 2017-May 2018, I worked with a Mumbai-based NGO called ‘PUKAR’ and surveyed a total of 834 winners and non-winners of multiple lotteries that took place in Mumbai in 2012 and 2014, to understand the effects of the intervention on an array of outcomes. The groups of winners and non-winners surveyed are similar, on average, across an array of characteristics, such as caste, religion, and other socioeconomic indicators. Information about the area, cost, and down payment for the apartments in the included lotteries can be found in Table 1.

Notes: (i)In square feet. Refers to ‘carpet area’, or the actual apartment area and excludes common space.
(ii)Price (in Rs.) at which winners purchased the home with the cost stated in the lottery
(iii) Average sale list price of a MHADA flat of the same square footage in the same community. Data collected from magicbricks.com in

I first investigated whether or not winners reinvested the subsidy in their children. I found large effects on children’s educational attainment and employment outcomes. The average number of years of education among winning households is 0.24 standard deviations1 or over a half year greater than that of non-winning households. In other words, the intervention shifts households from roughly the 63rd to 73rd percentile of family-wise average years of education in Mumbai, based on data from the India Human Development Survey (IHDS)-II (2017).

There are many possible reasons for these effects, including shifts in budget constraints, attitudes about the future, and the perceived returns to education. Relocation perhaps does not explain effects, as winners live on average in neighbourhoods with poorer school quality and lower rates of literacy and employment than non-winners. I do find evidence to suggest that the intervention leads to changes in attitudes and preferences. Winners report feeling happier about their financial situations, expect better lives for their children, are more likely to plan to stay in the city permanently, and have slightly more ‘individualistic’ attitudes. Attitudes and beliefs potentially have important effects on households’ investment decisions. Recent work (for example, Mani et al. 2013, Haushofer and Fehr 2014) has found that the insecurity created by poverty can make it difficult to focus on long-term goals, and leads to short-sighted behaviour.

This local-level participation is not confined only to those living in the new apartment buildings. Winners are not obligated to relocate to the homes, but can rent them out. Even so, landlords, or those who rent out the homes, may seek to improve communities to increase the rental or resale values of the homes. Fifty nine per cent of landlords travel considerable distances to the lottery homes to participate in collective action in the communities in which they own homes but do not live, suggesting strong incentives for organising that are separate from the effects of social pressure within a community. While Kapur and Nangia (2015) have argued that the Indian government allocates greater spending to welfare programmes than the provision of basic goods and services, these findings suggest that at least some welfare programmes may themselves affect the provision of basic goods and services through their effects on local civic action.