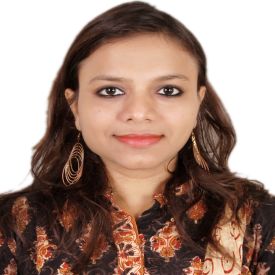 Indian society is commonly associated with a strong cultural preference for sons. Using nationally representative data from 1986-2017, this article examines parental investment in the education of sons vis-à-vis daughters. It finds that while gender gaps in the quantity of schooling have declined significantly for all children, those in the quality of education have increased – especially in families with unwanted girls.

There are many reasons why parents want at least one son, or more sons than daughters: patrilocality, expectations of old-age support, rituals that only sons perform, especially related to death, and male primogeniture. India, China, and South Korea are most commonly associated with son preference (SP) because of the prevalence of sex-selective foeticide (Das Gupta et al. 2003). This results in a distorted sex ratio at birth (SRB), as parents consciously manage the sex composition of their children. Thus, strong SP leads to the extensively researched phenomenon of ‘missing women’ (Sen 1990).

In recent research (Deshpande and Gupta 2020), our investigation focusses on the (non-missing) women who grow up in societies with deep-rooted SP. How do attitudes of SP affect parental investments in girls’ school education relative to boys? Also, is SP the only reason parents make differential investments, or are there other mechanisms at play? How have these attitudes and actual gender gaps in education changed over time?

We examine data from the special educational surveys conducted by the National Sample Survey Organisation (NSSO) between 1986 and 2017, on the quantity and quality of school education for 6-to-19-year-old children. The data reflect the combination of demand (for education) and supply factors. However, our research focusses on factors emanating within the household that account for demand for education. We explore if the household-level factors vary for boys and girls, and if yes, is SP the only reason for this. In particular, we examine how the phenomenon of ‘unwanted girls’ shapes gender gaps in quantity and quality of schooling.

How can we identify ‘unwanted’ girls?

Unwanted girls are literally girls who were born but were not wanted by their parents. How do we identify them? This is empirically challenging because in the data all we can observe is the actual number and sex composition of children in the family. Additionally, we know that prenatal sex determination in India is illegal but thriving, which means that in principle, parents with strong SP would simply abort the female foetus, rather than give birth to an unwanted girl. We cannot gauge the strength of SP of parents by observing the number and sex composition of their children, because survey data cannot reveal whether parents have consciously manipulated their family composition or not.

Not all parents with SP abort female foetuses. The Economic Survey of 2018 identifies ‘meta son preference’ (meta SP) based on Jayachandran (2017). This results in families adopting a fertility stopping rule, which means they keep having children till at least one son or a desired number of sons is born. When there is no such fertility stopping rule, the sex ratio is the naturally occurring 1.05 (male/female), whether or not the child is the last one. With the fertility stopping rule, the sex ratio of the last child is heavily skewed towards boys, and the sex ratio at earlier birth orders is heavily skewed towards girls. Thus, meta SP captures the phenomenon of ‘unwanted’ girls, that is, girls born in the process of parents trying for a boy.

The innovation in our research lies in two features: one, classifying families into types based on a methodology for identifying meta SP; and two, using this classification to disentangle mechanisms underlying parental investments in children’s education.

Note again that we observe the ex-post number of children, not the ex-ante desires of parents. To reiterate, it is not possible, with observational survey data, to determine with precision whether any particular girl is ‘wanted’ or ‘unwanted’. The ex-post number and sex composition of children is a function of the desired family size, SP (that is, whether parents got a prenatal sex test and acted on the results), as well as sheer luck.

Additionally, note that we identify meta SP only in mixed families. Several of the all-girls families could well have unwanted girls, where parents tried for a boy, did not get one, and stopped having children at some point. Or there could be families who first had a boy at birth order 1 or 2, tried the third time for a boy, but got a girl instead. Such a family would have two girls and a boy (the latter not as the last child). Here at least one girl would be unwanted, but in our classification would not be captured as such. For all these reasons, it is important to note that our count of families with unwanted girls is an underestimate, and we provide a lower-bound estimate of the effect of meta SP on gender gaps in schooling.

In principle, there could be four types of parents based on their preference for sons/discrimination against the girl child.

We examine pooled cross-section data from four special educational surveys of the National Sample Survey (NSS): 1986-87 (Round 42), 1995-96 (Round 52), 2014 (Round 71), and 2017-18 (Round 75), covering about 77,037, 72,883, 65,926 and 113,757 households, respectively. For each child (biological children of the household head) between 6 and 19 years, we examine the following outcomes for quantity of schooling: whether the child is ever enrolled, currently enrolled, and number of years of education. We measure school quality by whether the child goes to a private school, to an English-medium school, and by the quantum of expenditure on education (including school fees, private tuitions, and other educational aides), conditional on current enrolment.

To assess parental motivation, we compare children as follows:

We find that the gender gap in the probability of being ever enrolled, currently enrolled, and years of education is fully eliminated between 1985-86 and 2018 – overall, and across all family types. This means that regardless of their motivation, parents do not distinguish between girls and boys in terms of quantity of schooling.

In terms of quality of education, the gender gap in private schooling increased slightly over the period, with the largest increase in families with unwanted girls. The expenditure gap between girls and boys was driven by families with unwanted girls. Also, most of the increase occurred during 1995-2018. We find that an intensification of meta SP has adversely affected the quality of schooling for ‘unwanted’ girls.

India constitutes an ideal setting to examine these issues, as the prevalence of SP is most obviously manifested in the skewed sex ratio at birth. The Indian economy has been undergoing extensive structural transformation over the last three decades, as manifested in greater urbanisation, migration, greater diversity in sources of livelihoods, and a movement away from traditional farming occupations. This process has been accompanied by various government schemes aimed at enhancing the value of a daughter through subsidies and other monetary incentives, along with changes in inheritance laws. Additionally, vigorous media campaigns emphasising that daughters are just as capable as sons, are actively promoted by the government.

Other countries with strong SP, specifically China and North Korea, have managed to achieve an improvement in child sex ratio through targeted, explicit State-sponsored interventions towards gender equality. Such interventions might not be easily replicable in democracies.

The South Korean story is similar to that of India in that they have also seen extensive structural change since 1991. As the pre-industrial social organisation in South Korea disintegrated with rapid urbanisation, increasing female education and labour force participation rate (LFPR), the relationship between parents and their children changed in certain key dimensions. One, daughters were economically as capable as sons of providing parental support; and two, whether old-age care would be provided by the son or the daughter depended more on who lived closer to the parents. Both these factors helped undercut the material basis for SP (Chung and Das Gupta 2007).

In India, we do not see similar processes unfolding. We see clear evidence of increased gender bias in quality of schooling, which is driven by families with meta SP. Prima facie, this suggests that the combination of factors such as patrilocality and near universality of marriage continue to sustain the notion that girls are paraya dhan, literally ‘another's property’. Families might perceive that they will not benefit from investment in their daughters' education, as they will move away to their marital homes, a phenomenon described as ‘watering a neighbour's garden’. Adding to this is the deep-rooted and persistent pressure of generating a dowry, which further reinforces the belief that investing in higher quality education for girls is a waste of precious resources.

It is complicated: Winds of change

Our public school result should be interpreted with care. There are several government schemes for girls' schooling targeted at girls studying in government schools. Thus, parents’ decision to send their daughters to public schools could simply reflect a rational decision, rather than a discriminatory one.

The change in SP attitudes is slow and uneven, but it is perceptible. Qualitative studies reveal the beginning of the emergence of a new gender stereotype: caring daughter and unreliable sons, especially after their marriage. The normal route of women being valued through their economic contribution to the family is not on the cards for India, as there is a decline in the already low female LFPRs.

Growth, development, and structural shifts in India have not acted as natural antidotes to gender discrimination. Sex selection and educational investments in children appear to be part of family strategies to achieve upward mobility (Basu and Desai 2016, Kaur et al. 2016, Kaur and Vasudev 2019). Meta SP could be an element of an upward mobility strategy of the new elite: aim at small families and focus on children's success, and aspire for at least one (successful) son.