The plight of 'complimentary' migrants: Children at brick kilns 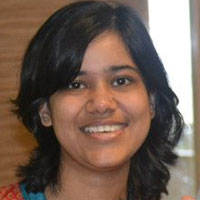 Migration for work is meant to benefit families of migrant workers. But what if the families migrate along with the worker? Based on visits to brick kilns in the states of Uttar Pradesh, Madhya Pradesh and Karnataka, Parul Agarwal describes the plight of children of migrant workers in the Indian brick manufacturing industry.

Migration is not a recent phenomenon. People migrate in search of better opportunities primarily towards improving their current economic status and in some cases, to escape environmental shocks such as drought and floods that risk livelihoods and cause financial stress due to a lack of cushion against them. Households that are poor and are unable to meet their basic needs with the income-generating resources available to them choose to move to larger cities in the hope of finding better employment opportunities. Based on the resource base of a region, psychology and risk-taking ability of individuals, and their social networks, a decision is taken to migrate within the state or to another state.

There exists an immense body of global research that identifies the migration corridors, studies the behaviour of migrants, their conditions after they have migrated and the way they remit their earnings to their family members. Earlier works on migration state that migration should be understood as a contingency of historically generated social, political and economic structures in host and destination countries channelled through social relationships which impact on individuals and groups (Boyd 1989). Priya Deshindkar and Shaheen Akter (2009) highlight the importance of migration and the ways in which it benefits the families of migrants and the industries to which the migrants contribute.

When families migrate along with migrant workers

But what if the families migrate along, especially to job sites that are hazardous? Does migration still have positive implications on the families? Not really, and the Indian brick manufacturing industry is a perfect case that substantiates this fact.

This is how a typical brick kiln could be visualised: a few stacks of green bricks that are being burned, surrounded by groups of men and women mixing in soil and moulding new bricks for the next round; a few others stacking bricks to dry before burning, and kids all over the vicinity - playing, sleeping and assisting parents in their work. Labourers who work in these kilns are seasonal migrants from villages within or outside the state. Since the brick manufacturing season is as long as 7-8 months, they generally migrate with their families and stay at the kilns in temporary settlements provided by the owner of the kiln. Migrating with the family helps these workers in two ways, firstly, they do not have to worry about appointing someone back home to take care of their children for such a long duration, and secondly, they all can stay together and earn more money as they are paid according to the number of bricks produced by the family (husband, wife and children approximately above ten years of age). Hence, children who migrate as a consequence of their parents migrating, grow up in an environmentally hazardous zone that has ill effects on their mental and physical growth, health, education, and future employment prospects. Moreover, they end up getting exploited as child labour.

Detrimental effects on health of migrant children at brick kilns

To elaborate on the plight of these children, they stay in the unhygienic temporary settlements provided by the owners of the kilns. Parents’ rationale behind this is the resulting increase in productivity and consequently in wages. Owners also prefer this arrangement as they can then keep a close watch on the workers whom they pay sums of money as advances before they start the work. Ill health is an obvious implication of this living condition. Children are not provided nutritious food (even if they do, lack of safe drinking water and sanitation facilities nullifies the benefits), they are not vaccinated (either because the kilns are too far off from local healthcare centres or children remain uncounted for the purposes of government healthcare programmes due to migration), and are highly prone to respiratory diseases like bronchitis and asthma. Moreover, they suffer from weak immune systems because of harmful gas emissions around them.

Even though the effects on health are disastrous, parents do not seem to realise this. What they do acknowledge is denial of education to their kids. Because these children are also effectively temporary migrants, they cannot get enrolled in a school, neither at origin nor at destination. Even if they get access to informal education imparted by local Non-Governmental Organisations (NGOs) and volunteers (in the remotest of cases), the situation becomes all the more difficult if the destination of migration is a place with an unknown language. For instance, a lot of families from the state of Odisha migrate to work at brick kilns in Tamil Nadu and Karnataka. Although parents catch on to the language of instructions given to them, it is difficult for children to receive education in an alien language. With no education and limited skill development, there are only adversities that can be foreseen in their future. Getting their children educated is an elusive dream for these labourers.

These issues of ill-health and poor or no education for migrant children are very pressing. They constitute a large part of the population that remains unattended. Just to quantify this population, there are over 10 million migrants working across 150,000 brick kilns in the country. Because usually the migrants move to these locations with families (with an average size of five, and legally employable labour strength of 2.5), it is safe to assume that we are talking about a population of 5 million kids.

Some organisations like Aid et Action and Mobile Creches are making efforts to reach out to this segment but it requires larger, structured and policy-level efforts so that these children could get access to more hygienic environment, and better health and education facilities. While the parents are engaged in their work at the kilns, arrangements could be made for a day boarding facility where children can spend around eight hours a day and get better care, nutrition and pre-school/ primary education. Such an arrangement would not only help the children in the present by protecting them from hazardous work sites, but would also help them earn a better livelihood in the future through better health and cognitive abilities. It would also help their families, especially mothers, who currently have to manage both their paid work and their kids, which could lead to a lot of stress and poor mental health. It also reduces their productivity and thus, wages. Given that such a basic intervention has longer term implications towards ensuring a better future for these children and their families, it needs to be strengthened and materialised. This is just one possibility but many others could be thought of. Attending to the problems and atrocities of these complementary migrants is important for inclusive and integrated development.