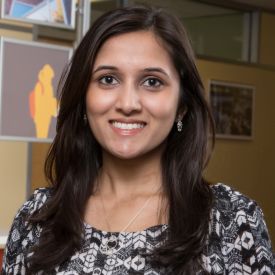 While implementation failure is an oft-cited reason for low coverage rates of welfare programmes, even relatively well-implemented programmes can fail to reach intended recipients. Based on an experiment involving the target group of the widow pension scheme in Delhi, this article examines barriers to take-up such as lack of information and transaction costs, and whether certain types of individuals are systematically left out of programmes.

Today, a majority of the world’s poor live in middle-income countries that can afford to offer some degree of social protection to their citizens (for example, India, China, and Indonesia). Thus, understanding the reach and effectiveness of existing social protection programmes and ensuring that future programmes are optimally designed can have large payoffs in the fight against global poverty.

The Government of India already invests in a wide array of social protection schemes to help promote the well-being of poor and marginalised segments of the population. These programmes range from guaranteed employment schemes and subsidised food programmes to targeted cash transfers. While millions of individuals benefit from the financial support provided, evidence shows that these resources also fail to reach many of the intended recipients (Bardhan and Mookherjee 2006, Muralidharan et al. 2016, Niehaus and Atanassova 2013).

Implementation failures due to weak State capacity or corruption are oft-cited reasons for low coverage rates. However, even relatively well-implemented welfare programmes can suffer from low take-up. For example, the widow pension scheme in Delhi offers an unconditional cash transfer of Rs. 2,500 (US$40) per month to poor women between ages 18-59 who are widowed, separated, divorced, or abandoned by their spouses1. Those who enrol can expect regular payments made securely to their individual bank accounts for the rest of their lives. Yet, a recent survey by the World Bank finds that only one-third of eligible women are actually enrolled in this programme (World Bank, 2014).

This raises two important questions: What are the barriers to enrolment? Are certain types of individuals systematically left out of such programmes?

To answer these questions, I conduct a field experiment in Delhi aimed at better understanding citizen constraints to taking up this welfare scheme. Previous studies conducted in rich countries offer two primary explanations for low take-up of social programmes (Currie 2004): (i) lack of information; and (ii) transaction costs (time/money/strain/inconvenience) associated with the enrolment process. I examine the impact of these barriers on take-up rates and how they affect the distribution of beneficiaries in the context of the Delhi widow pension scheme.

In my study, explained in detail below, I provide some eligible women with only information about the programme and others with information plus varying degrees of application assistance. Overall, I find that providing only information to eligible women is not as effective in increasing their enrolment rates as coupling this information with assistance in completing the bureaucratic steps of the application process. Furthermore, I find that more vulnerable women – measured by those who are illiterate, politically disconnected, and less autonomous within their households – are able to enrol in the scheme in larger numbers when this application assistance is provided.

Thus, not only do transaction costs matter, they can prevent some of the neediest individuals from receiving social assistance. This is counterintuitive to standard economic logic that would predict that application ordeals can improve targeting by limiting self-selection to those individuals that stand to benefit the most from such programmes (Nichols and Zeckhauser 1982). Instead, my research highlights that the non-income vulnerabilities of the poor play an important role in determining who is able to successfully engage with the political and bureaucratic machinery that administers welfare programmes. This can lead to an outcome as seen here in which certain ordeals related to the application process actually select out very vulnerable individuals from such programmes even though these individuals demonstrate high need.

Context and study design
In the summer of 2015, I implemented a randomised controlled trial with over 1,200 women living across 75 slums of Delhi who were eligible for the widow pension scheme but not enrolled2. To give a sense of the hardship faced by the average woman in the sample, over half have no source of personal income, 70% are illiterate, and a majority report food insecurity and inability to pay for medical expenses. This group stands to benefit considerably from receiving a guaranteed cash transfer from the government as offered by this pension scheme.

Yet enrolment in this scheme, like many social assistance programmes in India and elsewhere, involves a lengthy and complicated application process. Women have to obtain an application form from either the politician’s (Member of Legislative Assembly (MLA)) office, the bureaucratic district office, or online, and then fill this form out. Given the low literacy rates among eligible women, this step itself is non-trivial and often requires outside assistance. After completing the form, several supporting documents must be gathered and photocopied: an identity proof, a residential proof, a marital status proof, bank account information, and passport-sized photos.

Given the complexity of the enrolment process, it is possible that information constraints and/or transaction costs could play an important role in determining take-up. I therefore designed my experiment to disentangle the role of each of these potential barriers. To do this, I randomly divided the 1,200 women in the sample into four equal-sized groups, stratified by slum3, and gave each group the following interventions:

The first intervention group was provided only with detailed information about the pension programme including information on benefits, eligibility, how and where to apply. The second group was provided with the same information, and in addition, they were given an application form that was filled out for them. This intervention was designed to see whether helping women with this initial step, especially because it requires literacy, lowers an important transaction cost and enables them to complete the rest of the process on their own. The third intervention group received the same information and the assistance with filling out the application form as the second group, and in addition were offered to be accompanied to the local politician’s office to request the sign-off. This intervention was designed to test whether women face mobility constraints and/or are uncomfortable interacting directly with political authorities and thus fail to take-up this scheme. The fourth and final group served as the ‘control’ group and was surveyed at the baseline and end-line but did not receive any intervention.

By giving one group of women only information and two other groups information plus varying degrees of application assistance, I am able to disentangle the relative importance of informational and transactional barriers as well as determine how these barriers impact which types of women are able to enrol.

Findings and policy implications
I find that the pure information intervention does not significantly increase average enrolment rates. It does, however, increase the application rates of literate women by 14 percentage points, while having no impact on illiterate women. This finding suggests that better information may be necessary but is not sufficient for more vulnerable women to make it through the application process when further assistance is not available.

When a combination of information and assistance with filling out the application form is offered, the average application rate increases by 6 percentage points, or 40% of the average rate in the control group. Unlike the information intervention, this intervention is equally beneficial to literate and illiterate women and is able to bridge the gap between these two groups. In addition, this intervention disproportionately helps women who are less politically connected to the MLA, as those with connections are more likely to go directly to the MLA office for assistance with filling the form.

Finally, in the third intervention group in which women receive the additional support of being accompanied to the politician’s office to obtain the required signature, the application rate increases by 11 percentage points, or 70% of the average rate in the control group. This intensive intervention also disproportionately helps women who report being less autonomous within their household. This group of women sees a rise of 16 percentage points in application rates in comparison to their counterparts in the control group.

Overall, these findings indicate that helping individuals overcome transaction costs can notably improve take-up, and certain application ordeals can select out individuals with specific vulnerabilities from social programmes. These may be the exact individuals the programme was designed to assist in the first place. Better information can certainly help, but information alone is not sufficient to help the most vulnerable. These results are in line with a behavioural understanding of poverty, which suggests that small, situational barriers can prevent action with long-term benefits, especially when these barriers impose disproportionately high utility costs on the poor (Bertrand et al. 2006). Therefore, more thought must be given to the design and complexity of enrolment procedures for social assistance schemes in order to reach the desired beneficiaries.

As more governments move towards income maintenance programmes, it is imperative to take steps to ensure each additional dollar dedicated to social welfare has optimal impact. This research emphasises the importance of moving beyond solving problems of corruption and leakage on the part of the State and also focussing on the citizen-side constraints to take-up. Simpler and more user-friendly application processes could go a long a way in improving outcomes. In addition, citizens should have clear avenues for receiving application assistance and information from the government or non-State actors. After all, low take-up might not reflect a decision not to enrol as much as an inability to successfully enrol to due to bureaucratic frictions that are hardest to overcome for the most vulnerable.

1. This is part of a national scheme, but different states have different eligibility criteria and offer different transfer amounts per month. Delhi offers one of the most generous transfers and has relatively low leakage given the electronic nature of the transfer.
2. We searched for all women in these 75 slums that were widowed, divorced, separated, or abandoned and then dropped from the sample those who already had pensions, those who did not meet other eligibility criteria, and those who lacked supporting documents that are difficult to obtain in the short run. The remaining women were included in the study, but subsequent rounds of data collection revealed that about 20% of them were already getting pensions as well.
3. Stratification at the level of the slum is done to ensure that each slum in the sample has an equal proportion of women in each of the four study groups.

Excellent work but the title and the content do not really match in my humble opinion. The experiment shows how to improve delivery of safety net programmes.