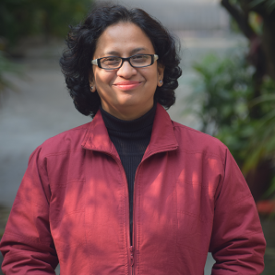 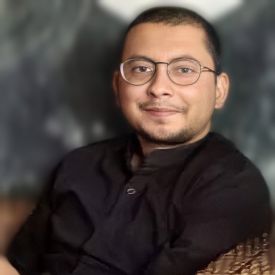 India’s latest National Education Policy has envisaged universal access to education by 2030. However, while enrolment is high in elementary schools, access to and uptake of secondary education has remained low. Bordoloi and Pandey consider some contributing factors, including the limited number of schools offering secondary education, the higher costs associated with schooling, and the lack of public investment in education and vocational training. They call for increased attention to be paid to policy focussed on secondary education.

For decades, since the 1990s, India’s education policies have focussed largely on improving access to primary education, and later elementary education. This has been carried out through Union government programmes such as District Primary Education Programme (DPEP), Sarva Siksha Abhiyan (SSA), and lately the unified centrally sponsored scheme of Samagra Shiksha, alongside similar initiatives by state governments. These interventions, including the enactment of the Right of Children to Free and Compulsory Education (RTE) Act 2009, have helped India achieve near-universal access to elementary education. However, in this process secondary education has somehow not received the attention it deserves, and access to it has remained relatively poor.

Rashtriya Madhyamik Shiksha Abhiyan (RMSA), launched in 2009 to augment access to good quality secondary education, promised “universal access to secondary level education by 2017 and achieving universal retention by 2020”. However, despite significant economic growth and achievements in the education sector, this objective remained far-fetched (Tilak 2020). India’s latest National Education Policy (NEP), released in 2020, has envisaged a holistic vision for school education and reiterated the need to make access to quality and equitable education universal across all levels – from pre-primary to higher secondary – by 2030. However, considering the present status of secondary education in the country and the multiple challenges associated with it, the realisation of NEP’s vision seems too difficult to achieve.

According to the latest official statistics from Unified District Information System for Education-Plus (UDISE-Plus), during 2020-21, the national gross enrolment rate (GER) at secondary (grades 9 and 10) and higher secondary (grades 11 and 12) levels were 80% and 54% respectively. This was compared to a GER of 99% at elementary level. However, the net enrolment ratio (NER)1 that considers age-appropriate enrolment at a particular level, was much lower at 53% and 35% for secondary and higher-secondary levels respectively, while it was 92% at the elementary level. This is an area of major concern, as currently more than half of the children between the ages of 14 and 17 are unable to access secondary education in India. Moreover, unlike at the elementary level, there are wide variations across states in NER at higher levels (for instance, while NER at the higher secondary level in Bihar was 18%, those in Tamil Nadu and Himachal Pradesh were 47% and 57% respectively in 2020-21).

Not only is access low, but even among those enrolled, transition from secondary to higher secondary grades has also been low. Nationally, the transition rate from grade 10 to 11 was only 73% during 2020-21, as compared to 91% from grade 8 to 9. Similarly, dropout rates at the secondary level have been considerable, with  14.6% of children enrolled at the secondary level dropping out in 2020-21, compared to 1.9% at upper-primary and 0.8% at primary levels (see Figure 2). While there has been a gradual decline in dropout rate over the years, it is still quite high.

We look at some of the factors behind the dismal situation of secondary education in India, and try to understand some of the challenges related to access.

In 2020-21, of the 1.5 million schools in the country, only 2,91,466 (or 19%) offered secondary or higher secondary education. In comparison, 95% of all schools offered elementary education in the country. While there is no distance norm specified by the RTE Act for establishing secondary schools, the Samagra Shiksha scheme, supports the criteria of schools being located five kilometres from a habitation unless a state notifies its own norms. Thus, the limited physical accessibility of secondary schools poses a safety concern for students – specifically for girls in difficult geographies and remote areas – as they have to travel a much longer distance to reach a secondary school.

In response to a question posed in the Lok Sabha, it was revealed that during 2020-21, of the total habitations in the country, 98% were served by primary schools within a one kilometre radius, while 93% had secondary schools within five kilometres. However, among the schools offering secondary education, 43% were private and unaided. This limited provisioning of secondary schools by the government, acts as a barrier to entry, especially for children from economically disadvantaged backgrounds in rural and remote areas who are more dependent on the public education system.

Figure 3. Average annual per-student expenditure on school education by education level and type of school in 2017-18

Thus, the higher cost of schooling at the secondary level poses a challenge for many households to let their children continue education beyond the elementary level. We looked at the reasons cited by children in the 14 to 17 years age group for not attending any level of school. Based on the Periodic Labour Force Survey (PLFS), during 2020-21, one of the prominent reasons, cited by 31% of children, was engagement in work to supplement household income. While 25% reported they stayed away from school to attend to domestic chores, another 18% thought that education was not necessary. This also indicates the lack of awareness among households regarding the importance of completing secondary education.

Another overarching factor impacting the present status of secondary education in India is the low level of public investment in this sector. The total expenditure on education as a whole, by the Union and state governments combined, as a share of GDP was 4.39% for 2019-20 (Ministry of Education, 2022), which is well below the 6% investment target set by the Kothari Commission in 1966 to be achieved by 1986 (Ministry of Education, 1966).  While there is no break-up of this share across levels of education at the national level, analysis of state budgets indicates that the majority of expenditure on school education is dedicated towards elementary education. Even after the launch of the integrated scheme of Samagra Shiksha in 2018, which subsumed the earlier schemes of SSA, RMSA, and Teacher Education, the situation has hardly changed. For instance, Bihar and Madhya Pradesh spent more than 60% of school education finances on elementary education in 2017-18 (Bordoloi et al. 2020).

Larger investments are also needed to incorporate skill development through vocational education at the secondary level, as envisaged by NEP 2020. This can improve the employability of those who wish to enter the workforce after completing secondary education, and admissibility in higher educational institutes for those wanting to pursue further studies (Bhandari et al. 2020). Other basic but crucial requirements to ensure good quality secondary education include the availability of an adequate number of qualified and trained teachers, school infrastructure facilities, and a solid regulatory mechanism with an efficient monitoring system. Sadly, India is still lacking on these fronts. In 2020-21 for instance, of the total sanctioned posts for teachers in government schools, 19% at secondary and 24% at higher secondary levels were vacant. In fact, it was the NSS education survey in 2017-18 which found that the two most prominent reasons cited by households for sending children to private schools at the secondary level were dissatisfaction with the quality of government schools and not having a government secondary school nearby. The secondary schools also suffer from inadequate infrastructure facilities or its poor quality. Although the situation has improved with respect to availability of basic facilities like school buildings, drinking water and toilets, it is still worrisome in the case of playgrounds, computers, and ramps.

Considering the vision of NEP for secondary education for the country, and comparing that to its present status, it is high time to put increased policy focus on secondary education by prioritising it in the annual education planning of both Union and state governments. There should be substantial increase in public investment to ensure provision of affordable secondary education. Equal focus should go into improving quality of education through filling up the teacher vacancies, training of teachers, ensuring availability of adequate teaching-learning resources, and creating an accountable and transparent governance structure. Unless drastic measures are undertaken, achieving universal secondary education by 2030 will remain elusive.