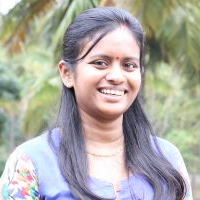 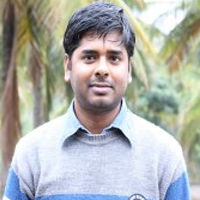 The Government of India is aiming to have only electric vehicles operating in the country by 2030. Despite the various policy initiatives that are being undertaken to make progress towards this ambitious target, the adoption of electric vehicles remains quite low. In this article, Sarkar and Sarkar discuss why this is so and what can be done to stimulate sale of electric vehicles in India.

India’s transport sector in 2014-15 was responsible for 7.5% of the country’s total GHG emissions and it consumed 23.58% of the total primary energy supplied. To supply fuel to the transport sector, India primarily depends on imported crude oil. India imported 83% of its total crude oil consumption in 2015-16 and spent around Rs. 4.160 trillion. According to NITI Aayog, India can save Rs. 3.900 trillion by 2030 if it switches to green mobility.

In 2013, the Department of Heavy Industries (DHI) announced the National Electric Mobility Mission Plan (NEMMP) with an aim to deploy 6–7 million electric vehicles (EVs) by 2020. The Ministry of Heavy Industries and Public Enterprises has estimated that with the success of NEMMP, 9,500 million litres of fuel will be saved as well as 2 million tonnes of GHG (greenhouse gas) emissions will be reduced by 2020. In April 2015, Government of India (GoI) introduced the Faster Adoption and Manufacturing of Electric Vehicles (FAME) scheme to increase the demand for EVs. Furthermore the government is aiming for 100% EVs by 2030. To achieve this target, GoI has already announced that new EVs will be floated by 2017. Tesla Motors is now planning to set up an EV manufacturing unit in India. Recently, Elon Mask, founder of Tesla has requested GoI for relieving of import duties until a local factory is built. This will incentivise EV manufacturers and help develop enabling infrastructure.

Polices, such as the Atal Mission for Rejuvenation and Urban Transformation (AMRUT) have also given the EV sector an indirect push. AMRUT includes a component on financing EVs for public transport. Out of the total Rs. 1 trillion allocated for this programme, a significant amount will be spent on modernising the transport sector, targeting mass-scale EV penetration in the future. Under FAME, GoI announced incentives of up to Rs. 6.6 million per unit for electric buses and Rs. 138,000 per unit for four wheelers.

So far, most initiatives have not been sufficient to increase EV adoption among consumers due to their high cost, lack of lucrative policies1 , and absence of proper EV charging infrastructure2. As of now India has only 222 public charging stations and this number is quite low compared to the 22,000 EV sales in 2015-16.

The main challenge in the mass deployment of EVs is their cost; it is higher than internal combustion engine (ICE) vehicles in terms of the total cost of ownership (TCO). TCO assesses the cost experienced during the whole life cycle of a vehicle. According to the Boston Consulting Group, the TCO of electric buses is higher than that of their ICE counterparts by approximately US$ 80,000 per vehicle. The battery pack of a pure EV constitutes 40% of the total vehicle cost. However, the cost of the battery pack is declining gradually with the help of advanced research. For instance, Tesla came up with a US$ 190 per kWh Li-battery for their pure electric S-model. This is much lower than most of the conventional Li-battery (US$ 350 per kWh) packs. Tesla has also predicted that the cost of the battery pack will further drop to US$ 135-155 per kWh in the coming years. Apart from the reduction in the global price of battery packs, in-house manufacturing of key vehicle parts will also help in reducing the total cost of EVs. The Make in India initiative presents a good opportunity to private EV companies to set-up their manufacturing units in India for large-scale EV production.

What can be done to stimulate sale of electric vehicles?

Provision of additional benefits to consumers would stimulate EV sales in India; such as exemption from road taxes, value-added taxes, or service taxes can make EVs a more attractive alternative. In addition, parking permits in dense urban areas, special driving lanes, and exemption from toll fees and free parking for zero emission vehicles would encourage EV adoption. Recently, Maharashtra announced waiver of VAT (value added tax), road tax, and registration for EV in the state. Nagpur has deployed 200 public EVs and become the first city with an electric mass mobility system in India. Under GST (goods and services tax), SUVs and cars with greater than 1500 cc engines will attract 15% cess and peak rate of 28%. Hybrid vehicles also will be considered in the category under GST. Tax on EV has been kept at 12%, which should decrease further to promote EVs on mass scale. From April 2017, GoI has withdrawn incentives for mild hybrid vehicles, under the FAME scheme, as it is fuel inefficient and more polluting as compared to electric and heavy hybrid vehicles. This will open up the entire incentive amount of the FAME scheme for the benefit of electric mobility.