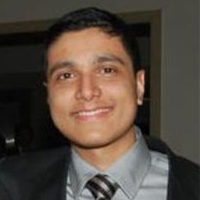 In this article, Shiv Hastawala discusses how, given the macroeconomic framework of India, a universal basic income could potentially have a positive impact on the economy in terms of output, employment, and inflation.

Economic development policy in post-Independence India was initially guided by the need to achieve high growth rates of real output and output per capita. The implicit understanding was that productivity and employment would be raised by following the strategy of setting up heavy industries, which would reduce distributional issues through the ‘trickle-down effect’. But by the 1970s, thanks to the economist Dudley Seers, it was clear that if an economy experienced economic growth without reductions in poverty and inequality, it could not be called development. Thereafter, India witnessed a shift in development strategy towards providing basic needs and income-generating assets to the poor in order to raise productivity and living standards.

On similar lines is the concept of universal basic income (UBI). Simply put, UBI is a regular income paid to the citizens of a country on an individual basis by its government without any conditions whatsoever. For an economy like India where a majority of the population faces harsh conditions with poor living standards, such a concept deserves to be discussed. But would UBI be beneficial for the economy? What would its effects be on output, employment, and inflation?

UBI and the local economy

The effects on the local economy of a cash benefit programme rolled out in Malawi in 2006-07 included additional production as a result of increased demand, and beneficiaries gaining access to goods and services which they would not have had access to otherwise. Apart from that, the programme contributed to reducing underemployment in the region (Davies and Davey 2008).

Similarly, in the case of two pilot studies on UBI initiated in 2010 in rural Madhya Pradesh, the villages that received a basic income experienced an increase in the number of adults engaged in economic activity, female labour force participation rate, and the number of hours worked. UBIt was also associated with a shift from casual labour to own-account work, signifying a greater sense of sustainable livelihood that put the beneficiaries in a better position to contribute to local economic growth. Besides, due to the inducement of the cash benefit to save, there was an associated increase in investment in productive assets such as seeds, fertilisers, raw material, livestock, and tools and equipment. This inevitably led to entrepreneurial and collective local economic activity.

In the context of the South African economy, Samson et al. (2002) note that the potential effects of UBI include improved labour productivity, higher aggregate labour supply, increased private and increased spending by the poor. They conclude that cash benefits shift aggregate demand towards more labour-intensive, job-creating industries such as food and because they increase the consumption of the poor that primarily comprises such goods.

Investigating the inflationary aspects of UBI in the US, Santens (2014) describes three situations. The first situation is of ‘unchanged demand’ wherein UBI would just be a cash form of food stamp and so the demand for goods like milk, whose daily consumption is somewhat fixed, would be unlikely to change and prices won’t increase. Second is that of ‘decreased demand’ where the demand for inferior goods such as bus rides would decrease leading to a decrease in their prices. is the situation of ‘increased demand plus flexible supply’ wherein the demand for certain goods would go up but any change in their prices would depend entirely on the state of capacity utilisation, that is, the utilisation of machines and equipment used their . If there is spare capacity then prices won’t increase since the idle equipment could be utilised to produce more output at the going prices but if there is not, then prices could climb up since supply would not be able to catch up with rising demand.

Although the above serves as a benchmark for further analysis, the macroeconomic effects of UBI on the Indian economy would be slightly different because unlike developed economies, the Indian economy is characterised by infrastructural bottlenecks, underdeveloped capital markets, and agriculture and the unorganised sector are significant in terms of employment. Let us attempt a thought exercise.

Given that a whopping majority of the Indian population is dependent on agriculture but draws measly incomes from the same, a huge chunk of income goes towards basic needs such as food. Thus, when agricultural prices rise, the part of income spent on food rises leading to lesser demand for manufactured and other products. This lack of demand then results in capital goods used for production being idle. A direct cash benefit like UBI would increase the size of the income pie, thus providing a cushion for such uncertainties so that other goods can be purchased once basics are taken care of. This increased demand then induces unused production capacity to be utilised, which pushes the economy towards achieving its potential output.

At the grassroots level, low-income households can only invest out of their own savings as they do not have access to financial markets. UBI could increase their savings potential, which could help accumulate capital assets like farming equipment, livestock, and raw material, as has been the case with the Madhya Pradesh UBI pilots. Such investments increase productivity and income of the low-income category, which forms a majority of the workers and consumers. This then ripples across the economy via the multiplier.

Around 94% of the labour employed in India works in the unorganised sector, which is characterised by extremely low levels of productivity. The desperate dependence on land as the only means of livelihood and absence of wealth forces these workers to be stuck in this sector under the poorest of work conditions. UBI would decrease their ‘clinging to land’ since their incomes would effectively increase, along with in their potential for wealth accumulation. The induced shift in employment from the unorganised to the organised sector would then expand GDP (gross domestic product) because the latter happens to be a high productivity sector.

Since India is a demand-deficient economy, an overall demand increase induced by UBI would not initially raise the general price level since existing idle production capacity would be utilised to meet higher demand at the prevailing prices. This increased capacity utilisation would raise employment throughout the economy, thus raising the level of incomes and expenditure. Inflation would set in only after the full capacity utilisation point, beyond which supply cannot keep up with rising demand. By then, the economy would have found a new equilibrium with a higher level of savings and investment such that a sustained general price rise triggered by UBI is only a distant possibility.

Therefore given our macroeconomic framework, UBI could potentially be beneficial for the Indian economy in terms of output, employment, and inflation. What remains to be seen now is whether UBI should be introduced as a supplement to or replacement for existing social schemes of the Indian and if there is fiscal feasibility.

Davies, Simon and James Davey (2008), “A Regional Multiplier Approach to Estimating the Impact of Cash Transfers on the Market: The Case of Cash Transfers in Rural Malawi”, Development Policy Review, 26(1):91-111.