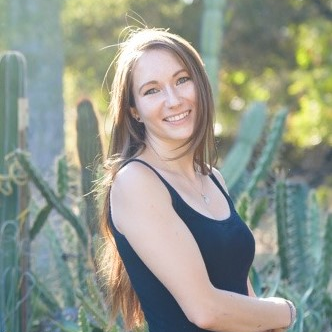 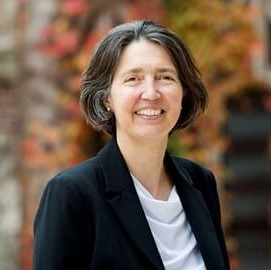 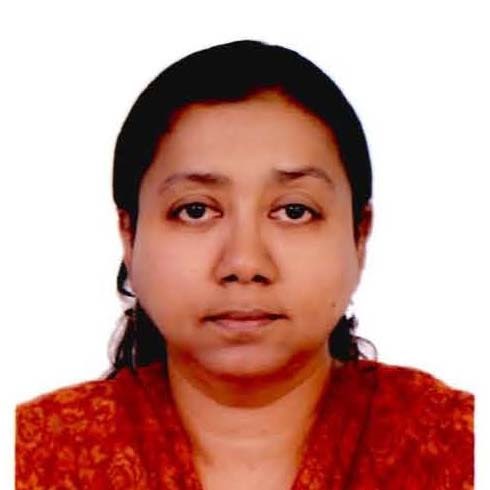 Child marriage remains common even where female schooling and employment opportunities have grown. Based on a field study in Bangladesh, this article seeks to experimentally evaluate the impact of a financial incentive to delay marriage alongside a girls’ empowerment programme. While girls eligible for two years of the incentive are 19% less likely to marry underage, the empowerment programme failed to decrease adolescent marriage.

Adolescent marriage remains the norm in many parts of the world, with 150 million girls under 18 projected to become brides over the next decade. There is growing evidence that underage marriage is unfavourable for women and their children. Women who marry as adolescents attain less schooling and give birth at a younger age, both of which result in worse outcomes for their children. These welfare concerns have prompted a global campaign to end adolescent and child marriage, and most countries in the world have enacted age of consent legislations banning the practice. Even though marriage is one of the largest financial transactions a household will undertake, there is surprisingly little empirical analysis of the motivations and potential conflicts of interest leading families to make this choice.

In a recent study (Buchmann et al. 2021), we study the drivers of child marriage in Bangladesh, which has the second-highest adolescent marriage rate in the world (74% of women aged 26-55 were married underage) (UNICEF (United Nations Children’s Fund), 2014). We conduct a field experiment that compares the effectiveness of two alternative policies: (i) A conditional incentive programme that offered regular transfers to families of adolescent girls as long as they remained unmarried, and (ii) A prototypical adolescent empowerment programme.

Between January 2007 and September 2017, we ran a clustered randomised trial3 in 460 rural communities in south-central Bangladesh. We randomised communities to into the following categories (i) Receiving a conditional incentive, (ii) Receiving an empowerment programme, (iii) Receiving both an empowerment programme and conditional incentive, or (iv) Status quo or receiving no intervention (‘control’ group), in the ratio 1:2:1:2. We stratified by union – an administrative grouping of roughly 10 communities – and within union by community size. Baseline characteristics were balanced across these ‘treatment’ arms.

During April 2008-August 2010, all unmarried girls aged 15-17 in the conditional incentive communities were eligible to receive cooking oil free-of-cost (worth approximately US$ 16 and a close substitute to cash but less susceptible to theft) every four months after extensive verification of their marital status. A total of 5,734 unmarried adolescent girls (or 73% of eligible girls at baseline) received the conditional incentive at least once.

Between December 2007 and August 2010, all girls (married and unmarried) aged 10-194 in empowerment communities were invited to participate in the Kishoree Kontha (KK), or the ‘adolescent girl’s voice’ programme for one six-month cycle. Groups of up to 20 girls met 5-6 days per week for 1-3 hours per day in ‘safe spaces’, which were centralised locations. The girls socialised and received training from peer educators (group members who were selected by programme staff who were likely to be good at leading and teaching the group) on an empowerment curriculum5 including education support6 and social competency training7. Ninety-three per cent (41,347) of the eligible girls in target communities, were reached.

We survey parents 4.5 years after the programme was completed (attrition8 was 14% and balanced across treatment arms). We restrict our sample to women aged 15-17, and unmarried at the start of the programme and thus eligible for both programmes in treatment communities. Our final analysis sample contains 15,576 women.

Almost all marriages in our sample are arranged by third-party matchmakers (89%) and most (85%) continue to involve dowry9, even though the practice was outlawed in 1980. Data from matchmakers show that brides with ‘attractive’ characteristics pay lower dowry (Buchmann et al. 2021).

In terms of desired spousal traits, 51% of husbands in a sub-sample survey of 579 husbands report either ‘Nature’, ‘Character’, ‘Reputation’, or ‘Religion and Tradition’ as one of the two most desirable characteristics in a bride. This is consistent with a large body of anthropological work that suggests that adherence to traditional gender norms is one of the most sought-after characteristics of brides in South Asia (Ortner 1978, Goody 1990, Hamid et al. 2010).

Results of the experiment

We estimate the impact of the programmes using OLS (ordinary least squares) regressions10.

The incentive reduced child marriage by 17% (4.9 percentage points (pp); Table 1) overall and 19% (7.5 pp) for women aged 15 at the start of the distribution who received the incentive for two years. The decline in child marriage also resulted in a decline in teenage childbearing (Table 1) and an increase in schooling (Table 2), but did not lead to marriage market penalties in terms of dowry or husband quality for marrying later (Table 3).

Table 1. Marriage outcomes, women aged 15-17 and unmarried at the start of the programme

Notes: (i) p-value is the probability of getting results at least as extreme as the results observed, given the assumption that the null hypothesis is true. A p-value lower than a mentioned significance level would be considered statistically significant (if p < 0.01, it is statistically significant at the 1% level). * p < .05, ** p < .01, ***p < .001 (two-sided). (ii) The regressions control for strata (union and village size tercile) and a vector of baseline controls, including age, household size, an older unmarried sister in the household, school enrolment, mother’s level of education, whether the community is accessible via public transport (a proxy for remoteness), and the ratio of unmarried adult boys to unmarried adult girls in the community (a proxy for marriage market conditions).

The empowerment programme was effective in reducing girls’ adherence to traditional gender norms but did not change marriage outcomes or childbearing (Table 1). Moreover, we find a significant increase in child marriage among a subsample of women we surveyed directly and for which we anticipate less reporting bias, relative to parents who may feel guilt or fear legal consequences for marrying their daughters underage. There is, however, some evidence that the empowerment programme influenced schooling attainment, which is consistent with the observed impact on girls’ norms (Table 2). Despite this increase in schooling, women eligible for the empowerment programme saw a marriage market penalty in terms of a 7% increase in dowry and no corresponding change in husband quality (Table 3).

We then use a signalling model to illuminate the results of our field experiment. For signalling considerations to influence marriage timing, two conditions must hold – first, it must be the case that a dominant bride characteristic (henceforth, ‘preferred’ type) is not fully observable to potential grooms, and second, it must be the case that this characteristic is correlated with the returns to postponing marriage (the non-preferred types are known to gain more by delaying marriage than the preferred types). As described above, the dominant bride characteristic in our setting is women’s adherence to conservative gender norms of behaviour, which is highly likely to satisfy both conditions. First, our data suggest that family members’ social conservatism – which may be more observable to potential grooms or in-laws who rarely meet the girls prior to marriage themselves – are only weakly correlated with girls’ conservatism. Second, conservative women are less likely to work outside the home and participate in economic household decisions (Table 4).

Under these two conditions, signalling concerns can lead everyone to marry younger, even though everyone would gain if women delayed marriage and attained more schooling (as both women and husbands benefit from the enhanced education of women and children). In this environment, an intervention reduces child marriage if it is believed to sufficiently strengthen the returns from delaying marriage for many preferred types. By contrast, an intervention increases child marriage if it is believed to increase the share of non-preferred types. In addition, the model predicts that non-treated, non-preferred types (who have higher returns from education) should delay marriage if their treatment status is not fully observable, that is, if potential grooms might believe that they delay marriage because of the incentive and not their type. We test this prediction below.

Notes: (i) The regressions control for strata (union and village size tercile) and a vector of baseline controls (see notes to Table 1). (ii) The regressions also control for distance to the closest community centre and safe space to ensure that distance to closest incentive community is not simply proxying for urbanity or participation in the empowerment programme (we control for both distances from the village centre and from the household in the subsample for which we have geo-locations).

Hence, we find that, a relatively small transfer delays marriage for treated women as well as untreated women who live nearby. Meanwhile, an empowerment programme fails to generate a reduction in adolescent marriage and imposes a marriage penalty despite increasing education prior to marriage.

Child marriage driven by signalling is inefficient – everyone, including men and parents, would be happier with collective delay, but cannot coordinate on this in the status quo. In this environment, small conditional transfers are a potential cost-effective policy approach while policies aimed at changing preferences could have perverse effects.