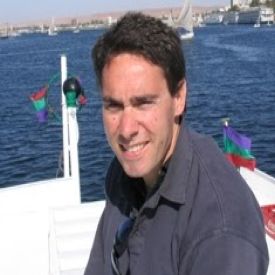 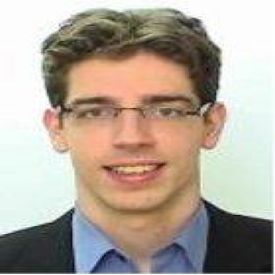 Questions about who benefits from free trade – and at what cost – have resurfaced as part of the backlash against globalisation. This article uses data from 54 low- and middle-income countries to show that in a majority of cases, trade liberalisation increases both incomes and inequality. Most of the trade-offs between them resolve in favour of liberalisation; despite exacerbating income disparities, trade liberalisation creates overall social welfare gains.

Should free trade be opposed on inequality grounds?

In recent research (Artuc et al. 2019a), we answer this question by providing estimates of income gains and inequality costs resulting from unilateral import tariff liberalisation for 54 low- and middle-income developing countries. Inequality considerations are especially important in these countries given that substantial shares of their populations either live in poverty or are at the brink of falling into it. Whether a trade-off exists between the income gains and inequality costs of import tariff liberalisation is thus a crucial question.

How much each household in a given country gains or loses after trade liberalisation depends on how much tariff cuts reduce prices, and how these price changes impact different households. As consumers, households benefit from lower prices; but as income earners, lower prices imply lower profits and wages. Because households consume different types of goods and have different income portfolios, trade impacts are likely to vary across the income distribution. Poor households, for instance, tend to spend a larger share of their income on food products than do rich households, and derive a lower share of their income from wages.

Painstakingly harmonising household survey data with trade data allows us to quantify, to first order, how each household is affected by liberalisation-induced changes in the prices of a disaggregated and representative set of goods.

The evidence for income gains from trade is overwhelming: Trade liberalisation creates gains from trade in 45 countries, and losses in the remaining nine. The losses arise from governments losing tariff revenue. Average income gains across all countries are 1.9% of real household expenditure on average, driven to a large extent by lower food prices.

We then assess how estimates of the gains from trade change once we take into consideration impacts on inequality, allowing for different views on how inequality-averse one should be. Trade-offs arise when income gains are accompanied by increased income inequality.

In a handful of countries, there are no trade-offs; trade both improves incomes and reduces inequality (or leads to both a reduction in income and worsening inequality). In the Central African Republic, for example, the gains from trade are amplified depending on the magnitude of amplification increasing with inequality aversion.

In the overwhelming majority of countries, trade-offs arise. In Uzbekistan, for example, trade improves incomes but worsens inequality. Factoring in the impact on inequality reduces the inequality-adjusted gains from trade, but they never turn negative; liberalisation would be associated with higher welfare. This is not the case for Benin. When inequality aversion is low, liberalisation is preferred; when people care a lot about inequality, the status quo yields higher levels of social welfare. Put simply, whether liberalisation is desirable depends on how much one cares about inequality. Across countries, the majority of trade-offs resolve in favour of liberalisation; even though trade exacerbates income disparities, it brings social welfare gains.

Figure 1. The distribution of the gains from trade 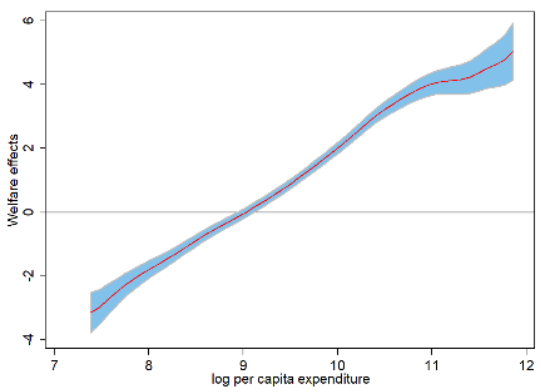 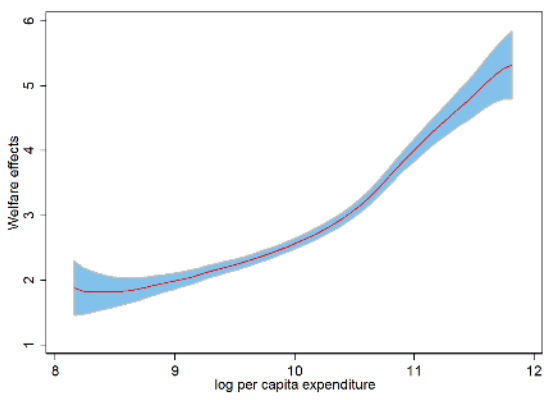 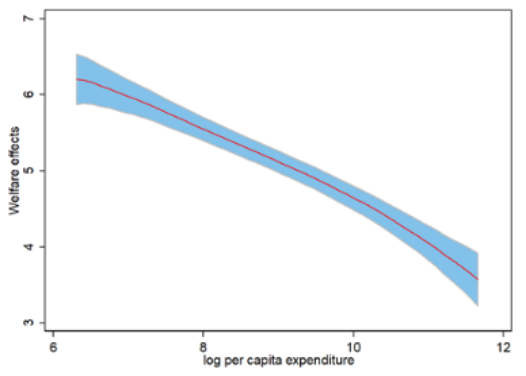 These results underscore important heterogeneity (variation) in the impact of trade policy, both across countries and within countries across households. Not everyone gains from trade, and some households lose significantly. The results also pose a puzzle, for they suggest that countries would be better-off if they were to liberalise. Yet, they choose to implement trade protections instead. Understanding why is an important topic for future research.

Authors’ note: In an accompanying paper (Artuc et al. 2019b), we introduce a simulation toolkit to calculate changes in income distribution of households following specific tariff shocks that can be entered with a user-friendly web interface. The toolkit and underlying data are available at https://www.worldbank.org/en/research/brief/hit.