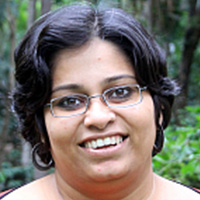 On Republic Day this year, two billionaires, Kalpana Saroj and Milind Kamble, featured among the Padma Awardees, the nation’s highest civilian honours. The award was less a celebration of material wealth and more of human triumph over adversity, as these two awardees rose from a life of crushing poverty and marginalisation, and against all odds, achieved unprecedented success. They are members of the Dalit Indian Chamber of Commerce and Industry (DICCI), founded on April 14, 2005, the birth anniversary of Dr B. R. Ambedkar, acknowledged by the DICCI as their “messiah and the intellectual father”. Interestingly, while Ambedkar was responsible for making compensatory discrimination for Dalits1 mandatory through constitutionally guaranteed quotas in government jobs, the DICCI group rejects job reservation as a means to Dalit emancipation, as they feel quotas have added yet another (negative) stereotype to the Dalits, seen as they are as “the State’s Jamais” (sons-in-law of the State). Instead of depending on the State to provide Dalits decent jobs, the DICCI has adopted as its mission statement “be job givers, not job seekers”, exhorting members of the Dalit community in India to become entrepreneurs2.