Modi and his challenges: Leading India on its march to prosperity 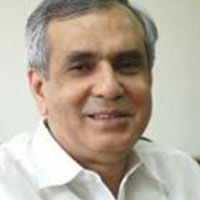 Centre For Policy Research; Gokhale Institute of Economics and Politics

Despite Narendra Modi's successful leadership as Chief Minister of Gujarat, some question his ability to achieve the same progress at the national level as India's Prime Minister. In this article, Rajiv Kumar analyses Modi's political background and state- and national-level experience to assess his capacity to navigate India through a politically and economically important time towards its goal of becoming a prosperous economy.

Mr. Narendra Modi has attracted world-wide attention both prior to and after becoming India's Prime Minister (PM) in May 2014. From having been denied a visa to the US while he was the Chief Minister (CM) of the state of Gujarat, he is the only Indian PM to have visited the White House twice in two years. He has brought India closer to securing a position on the high table of global governance by forging stronger relations with the majority of G7 members (Wignaraja 2012), and has also focused sharply on a robust development agenda at home. At the same time, his critics continue to snipe at him for not adopting a more strident secular agenda, suggesting he has thereby covertly encouraged right-wing Hindu nationalists.

In this context, in a new book I attempt to answer three crucial questions (Kumar 2016). First, I ask whether Modi, with his upbringing within the Rashtriya Swayam Sevak Sangh (the National Volunteers Organisation, or RSS), represents the hard-core Hindu nationalism that is antithetical to India's pluralistic reality and traditions, or whether he has evolved over time to be in sync with India's ground level realities. Second, I ask if his much-propagated success is entirely his doing and whether his experience as the CM of Gujarat for 12 years is replicable at the national level. Finally, I ask whether his two years' experience in Delhi since taking over as PM in May 2014 confirm his capacity to address the extraordinary challenges faced by India as it traverses its ongoing transition towards a relatively prosperous society that will meet the aspirations of its young population.

Modi and the RSS

Modi joined the RSS initially as a child volunteer and then as a full-time worker when he was 17. He has unabashedly admitted to his life-long debt to the organisation for the succour it provided and the opportunities it afforded him, and is undoubtedly the epitome of a RSS worker. His stint as the CM of Gujarat, during which he went through an initiation by communal fire within the first four months of having taken office and won three successive elections on the strength of his development record, saw him evolve above his RSS origins. He consciously jettisoned the Hindutva (religion-based) agenda in favour of pursuing a broad-based development programme that was delivered without discrimination to all sections of the population.

It is a safe bet that Modi will neither adopt nor actively encourage a communal agenda to retain his office. Having been subjected to perhaps the most stringent judicial scrutiny faced by any Indian political leader and emerging unscathed from it, having publicly avowed to safeguarding India's democratic institutions, and having been under the watchful eye of a fiercely competitive and independent public media, Modi cannot afford to pander to or support a communal agenda. He has and will continue to focus relentlessly on the development agenda, and in particular to a more efficient delivery of public services.

The Gujarat experience was unarguably a successful one. This is borne out not only by the successive electoral victories, a record in Gujarat's history, but also by looking at any set of development parameters. According to these, Gujarat's performance has consistently been among the top 10% of all Indian states. However, this stellar performance is not entirely a 'one-man show' as some of Modi's acolytes would have us believe. Gujarat was historically one of the more economically advanced states in India, and had a strong tradition of entrepreneurship and cooperative interaction between the public and private sectors. The cooperative movement, to which Gujarat owes a lot for its contribution to both growth and employment, had also been developed over time with the efforts of Lalbhai, Verghese Kurien and others.

Modi built upon these strengths and reversed the decline in governance that had set in during the five years prior to his coming to power. The best example of course was his actively championing the completion of the Sardar Sarovar dam on the Narmada river, which brought life-giving waters to the parched lands of Saurashtra and allowed the revival of eight minor river basins including the Sabarmati in Ahmedabad. The project had been more than 30 years in the making, so claims that Modi single-handedly delivered it are gross exaggerations. But the fact remains that without his leadership and commitment the project would not have been completed and the water situation in Gujarat would have turned disastrous in little time.

Modi's project-execution capabilities and focus on good governance made a critical difference and pushed Gujarat's growth trajectory to a markedly higher level.

However, the successful Gujarat experience is only partially replicable at the national level in India. The extreme centralisation of administration in the CM's office in Gujarat, which was at the core of improved governance, cannot possibly be replicated in the complex and ultra-pluralist canvas in India. Improving national governance requires successful coalition building both within and outside Parliament. There was no need for this in Gujarat. The state-level experience also has hardly any relevance for successfully implementing a model of cooperative federalism, which is crucial for steering forward as diverse and complex an economy as India. In fact, Modi may have to un-learn some of the Gujarat experience, especially for successfully completing India's social transition, which requires sensitive handling of critical issues like potential communal conflicts, caste divisions and regional disparities. Modi will do well to recognise that successful policymaking for India is a far bigger and more complex task than merely scaling up his project-oriented approach in Gujarat.

Premiership and experience in Delhi

Modi's two years in Delhi, as I have covered in Chapter IV of my book, have seen extraordinary government activity as part of his rather explicit and well-articulated attempt to establish an efficient 'development State' in Delhi. Any assumption that Modi is a follower of the Washington Consensus or sees himself in the Reagan/Thatcher mould is totally misplaced. Modi is impressed by the East Asian model and sees an active role of the State as a necessary condition for pursuing India's development goals.

Second, Modi has learnt from the experience of previous governments - both in Delhi and in some states - that it is politically disastrous for his government to be seen as pro-reformist because, unfortunately, reforms that have supported liberalisation are seen to be pro-rich and anti-poor. Modi has therefore taken pains to ensure that his reformist agenda in his first two years is strongly inclusive. This is reflected in a slew of schemes like the Jan Dhan Yojna (financial inclusion scheme) under which more than 200 million new bank accounts, some with zero balances, have been opened within the project's first 18 months. Modi will make sure that his reform agenda is consistently seen as benefitting the 'common man' and not private businessmen or the well-heeled.

Third, as evidenced from his Gujarat experience, Modi's strong suit is project execution based on close monitoring and regular tracking of performance. He is therefore more inclined to 'cumulative incrementalism', rather than announcing big-bang, headline-grabbing reforms. This has the advantage of ensuring that projects that are announced have a greater probability of being completed in a time-bound manner. However, the downside is that it generates a perception of continued reform inertia and perhaps also an inability to trigger a strong upturn in private investor sentiment, which remains exceptionally weak after two years of the Modi government.

In my book, I also identify several daunting challenges that Modi faces in taking India towards its desired and feasible goal of becoming a prosperous economy by 2047, which will mark the centenary of its independence from British rule. The principal argument is that in some areas – like macroeconomic management, education, agriculture, manufacturing and exports, and infrastructure – Modi's current business-as-usual approach with reforms at the margins will not work. In these sectors an innovative approach including a programme of structural reforms and a clean break from the past are required.

The best example of such an approach that Modi can implement would be to change the policy goal from GDP (Gross Domestic Product) growth to maximising the rate of growth in employment generation. This is critically needed if India is to meet its extraordinary goal of generating as many as one million jobs per month, which are needed to absorb the net accretion to its workforce. The goal of maximising employment generation will yield a number of policy prescriptions, including taking urgent supply-side measures to address any emerging shortages of wage goods (food and basic necessities), which could result in sharp inflationary spikes that would disrupt both economic activity and management.

Employment maximisation will also imply active promotion of labour-intensive manufactured exports. This will require a radical shift away from using fiscal subsidies to promote particular exports, which has evidently failed, to focusing on infrastructure development that will permit more effective integration of Indian manufacturing capacities in regional and global trade flows. In the book, I go on to suggest an agenda of structural reforms in five selected sectors to reinforce the central argument that a business-as-usual approach will not suffice for Modi to meet the extraordinary challenges facing India. Along with ensuring greater inclusion by improving governance and putting in place an efficient development State, Modi will have to adopt innovative structural reforms for him to meet the aspirations of a young Indian population that supported him in the hope that he will accelerate the pace of employment generation and India's march to prosperity.