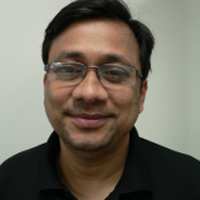 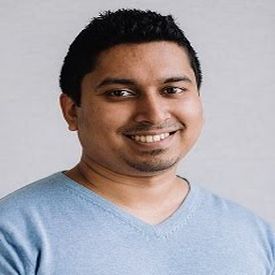 A key factor that drives segmentation in societies is group identities along various dimensions. This column seeks to understand the effects of identity on individual behaviour. Based on an artefactual field experiment on Hindus and Muslims in India and Bangladesh, it finds that it is minority/ majority status based on religion, rather than religion in itself, that dictates trust behaviour of individuals.

Religion has always been a controversial issue in the Indian subcontinent. South Asians are in perpetual argument about religion, faith and tolerance. There is a sizable segment of the population that identify themselves as being secular, and the political narratives in these countries attempt to accommodate these preferences. Unfortunately, at the same time, the manifestation of communalism and segregation is equally prevalent in the region. This is most commonly reflected in communal riots that cause substantial damage to lives, properties and social capital (in the form of trust and cooperation). In a number of different ways, South Asia is greatly segmented in terms of religion.

One of the key factors that drive this kind of segmentation is group identity. Historians have documented (for review, see Hoff and Pandey 2013) that individuals derive a sense of being different from others based on certain group identity and that they often attach certain stereotypes to those belonging to a specific group. This manifests itself in in-group favouritism in behaviour; individuals treat members sharing the same group identity better than others that have a different group identity. Such priorities based on identity may have significant effects on the level of social capital and hence, well-being within these societies. There is now increasing evidence that economic decisions made by individuals are strongly influenced by group membership, and are tied to both social and cultural networks (Akerlof and Kranton 2000).

However analysing the effect of identity on behavior is not so straightforward. This is because individuals can simultaneously identify themselves along many different dimensions. In such situations, which particular identity drives a particular behaviour can be difficult to ascertain. In the context of South Asia, identity based on religion runs into this problem. This is because in any one of the South Asian countries (say India, Bangladesh or Pakistan), identity based on religious belonging and identity based on the minority/ majority status that religion generates are strongly associated.

Let us consider the case of Hindus and Muslims in India and Bangladesh. Remember that India is a Hindu-majority country with a sizeable number of Muslims and that Bangladesh is a Muslim-majority country where Hindus form the largest minority group. This means a Hindu (Muslim) in India (Bangladesh) is always identified as having majority status in terms of religious belonging. Now suppose we observe in India that Muslims behave differently as compared to Hindus. Can we attribute such difference to religious belonging? If it is so, we should observe that Hindus always behave in a certain way irrespective of majority (in India)/ minority (in Bangladesh) status, and that Muslims always behave in a certain way irrespective of majority (in Bangladesh)/ minority (in India) status.

Economic experiments are very powerful tools to understand behaviour in a controlled environment. To analyse the role of multiple identities (based on religion) in behaviour, we conducted an artefactual field experiment focusing on trust behaviour of people of two different religions in Bangladesh and West Bengal (Gupta, Mahmud, Maitra, Mitra and Neelim 2014). The rationale for focusing on trust behaviour is that trust is very important in these societies due to the limited ability of the State to enforce legal contracts. In fact, Nobel Laureate Kenneth Arrow has argued that “virtually every commercial transaction has within itself an element of trust” (Arrow 1972), and the economics literature is replete with evidence of trust fostering economic development (Knack and Keefer 1997, Zak and Knack 2001, Beugelsdijk et al. 2004, Bohnet et al. 2005). We use the standard ‘Trust Game’ (Berg et al. 1995) to measure trust among Hindus and Muslims in Bangladesh and West Bengal. We conduct the Trust Game in a random sample of 620 Hindu and Muslim households in 32 selected villages in Bangladesh and West Bengal (16 villages in each) based on the percentage of Hindus and Muslims in those villages (defining minority and majority in the village context).

Briefly, the Trust Game is a two-player game, where players are paired anonymously and assigned the role of sender (trustor) and receiver (trustee). The sender is given an endowment of money and has to decide on how much of this endowment to send to the receiver, and how much to keep for themselves. All participants in the experiment (senders and receivers) know that the experimenter triples any positive amount sent by the sender before transferring it to the receiver. Then the receiver decides how much of the tripled amount of money to return to the sender, and after that the game concludes. So the amount sent by the sender is typically regarded as an indication of trust (of the sender in the receiver), and the amount returned by the receiver as an indication of trustworthiness (of the receiver)1. For the analysis, we mainly compare three groups based on the information provided to them. In the first, each player is informed that their co-player is of same religion and, in the second, each player is informed that their co-player is of different religion. For some players, no information is given regarding the religion of their co-players (control group). Comparisons of trust behaviour among the three groups can give explanations of the type of bias, if any exists.

Our experimental results show that it is status based on religion rather than religion in itself that dictates behaviour - the minority, on average, irrespective of religion, behaves differently than the majority. Individuals from the minority religion (Hindus in Bangladesh and Muslims in West Bengal) trust their own religion group more than they trust the other religion group. However, they do not show such behaviour when they constitute the majority; Muslims in Bangladesh and Hindus in West Bengal are not found to discriminate against the minority.

We also find that this positive in-group bias on the part of the minority is driven by out-group discrimination and not by in-group favouritism; Minorities both in Bangladesh and West Bengal trust their own status group more than they trust others in general (not knowing religion) implying discrimination to out-group (majority). This behaviour is consistent with the notion of realistic threats that could arise from the fear of the economic and political power of the majority.

Trust based on status is a crucial finding. This suggests that it may be more worthwhile to view interactions and behaviour in segmented societies through the lens of minority/ majority status (based on religion), rather than only religion itself. In terms of policy, the results imply that governments should devise policies to foster trust within communities, particularly focusing on assimilating minorities. One possible avenue could be to assuage the fear of minorities by ensuring their rights are protected by the legal system and that these rights are not corroded by the might and power of the majority. Additionally, substantive government investment in the socio-economic development of the minority, including infrastructural improvements in minority-concentration areas, might empower minorities, which may translate into greater minority assimilation and a more cohesive society in the longer run.

As argued by Amartya Sen (2006), a general sense of social identity and priorities play a considerable part in an individual’s economic decisions. Therefore, better insight into different identities and their implications for behaviour will facilitate our understanding of fractionalisation within the communities. Trust is crucial for economic interactions when contracts are incomplete and/ or weakly enforced. It is not inconceivable that bias or discrimination in trust that we observe in our experimental setting will be reflected in discrimination in other spheres of life. Understanding the nature of the bias can help in designing appropriate policies and thus, is a crucial first step in integrating segmented societies. It then becomes crucial to identify institutions and policies that promote trust and reduce fractionalisation within the society to attain positive impacts on growth and development.