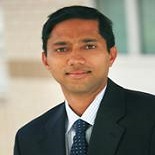 The central government is contemplating reform of labour laws, including those that restrict the ability of firms to fire workers. This column contends that social protection needs to be kept in mind while designing these reforms. It makes a case for publicly-provided unemployment insurance in India and argues that labour laws should protect workers, not jobs.

Human beings are generally risk averse and seek insurance to protect themselves against various kinds of risk. In this column, I make a case for launching a broad-based social insurance programme in India, such as publicly-provided unemployment insurance, that allows individuals to mitigate labour-market risk.

Why do we need publicly-provided insurance programmes?

The market for private insurance against labour-market risk is missing due to the well-known information problems (moral hazard1, adverse selection2 ), and the issue of covariant risk3 . In this situation social insurance increases the welfare of workers by providing them protection against income risk. Moreover, Acemoglu and Shimer (1999) show that the production efficiency of the economy (or the aggregate output produced) reduces when risk-averse workers are unable to insure against labour-market risk. This happens because workers avoid taking up more productive but riskier jobs.

In a recent paper, I show that when unemployment arises because firms want to fire some workers who turn out to be bad matches for the job they are hired for, risk aversion of workers gives rise to inefficiency (Ranjan 2015). If a firm is very selective and keeps only high-productivity matches while firing other workers, then risk-averse workers, knowing that they have a high chance of being fired, will demand a high wage before accepting a job at such a firm. In this case, a firm is better off firing fewer workers by keeping low-productivity matches, which allows it to offer a lower wage.. In such a scenario, globalisation, which is generally welfare enhancing, can not only reduce the welfare of workers, but can also bring down social welfare overall4. This inefficiency can be addressed using social insurance devices such as unemployment insurance or severance payments5 made by firms to fired workers.

One may argue that in a developing country like India informal risk-sharing mechanisms exist that allow individuals to smooth consumption, obviating the need for social insurance. However, Chetty and Looney (2006, 2007) find that households may resort to very costly coping mechanisms, such as withdrawing children from school and sending them to work, to survive a negative shock to income in the form of unemployment.

Besides, India is undergoing rapid structural transformation with labour force moving out of agriculture and into the industry and services. According to the Economic Survey of India (2014), between 2004-05 and 2011-12, the workforce in agriculture and allied activities declined by 36 million, while the workforce in industry and services increased by 31 million and 20 million respectively. This trend is also manifested in a decline in the share of workforce in agriculture from 60% in 2000 to 47% in 2012 (World Bank). A consequence of the structural transformation is that the percentage of people living in urban areas has increased from 27% in 1997 to 32% in 2014 (World Bank). Given that informal insurance networks are weaker in urban settings as compared to rural, the argument for providing social insurance to protect workers against labour market risk becomes even stronger.

Moreover, India is becoming increasingly globalised6 , and hence, more vulnerable to external shocks7. Social protection in the face of external shocks acquires greater salience due to political economy reasons. Without social protection, an external shock that causes a decline in the incomes of a large number of voters (such as the East Asian crisis in the late 1990s) can cause a backlash against globalisation.

India has various organisations to provide social insurance programmes of different types. The Employees State Insurance Corporation of India (ESIC) provides medical care, maternity, and work-related disability benefits for employees earning less than Rs. 15,000 a month in factories with 10 or more workers (20 or more in other establishments). It is funded by contributions from both employees (1.75% of wages) and employers (4.75% of wages). In 2005, the Rajiv Gandhi Shramik Kalyan Yojana (RGSKY) was added to the ESIC programme. RGSKY is the only form of traditional unemployment insurance in the country. Under this scheme, an insured person who loses his job after contributing premium for at least three years is eligible for unemployment allowance equivalent to 50% of wages per month for a maximum period of one year. While the benefits are moderate, the eligibility requirement of three years of contribution is quite stringent. Also, the ESIC requirement that the monthly wage must be less than Rs. 15,000 makes a lot of workers ineligible. The information on how many of the unemployed are actually getting unemployment allowance is not readily available8.

In 2006, the Government of India launched an ambitious programme of social protection for the rural poor under the MNREGA (Mahatma Gandhi National Rural Employment Guarantee Act). MNREGA guarantees 100 days of work to each rural household at the prevailing minimum wage. The design of this programme is different from the standard unemployment insurance programmes that provide temporary income to the unemployed while they are looking for a job. Rather, a person must work on a public project to obtain income. Therefore, it is more suited to the rural poor who cannot find employment all year round.

Note: *In India, the contributions are to the ESIC for medical, maternity, work-related disability benefits, in addition to the recently added unemployment allowance under RGSKY.
Source: International Social Security Association: Country Profiles.

As the new government in India is contemplating major labour market reforms, the issue of social protection of workers has to be kept in mind. It is true that several labour market policies are anachronistic and need to go. Among the issues of major concern is the firing restrictions imposed on firms. For example, according to the Industrial Disputes Act (IDA) of 1947 a permanent worker can be dismissed only for proven misconduct or habitual absence. Also, companies employing more than 100 workers must get government approval before they can fire workers or shut down. In practice these approvals are rarely granted. The IDA also stipulates that severance payments must be given to the fired worker, set at 15 days´ average pay for each complete year of continuous service. Usually all these regulations are lumped together under the broad term “employment protection”.

My recent research shows that not all elements of “employment protection” measures are the same. In particular, a distinction needs to be made between measures that ‘protect jobs’ and measures that ‘protect workers’. Government approval for firing would be a measure protecting jobs while severance payments would protect workers by providing them insurance. The former tends to reduce the efficiency of an economy while the latter, at appropriate levels, can increase efficiency. Therefore, as a part of labour reforms, while the government should remove ‘job protection’ it should strengthen ‘worker protection’.

While MNREGA provides insurance to rural workers, aside from a small unemployment insurance component in ESIC, no unemployment insurance programme exists for urban workers in India. Going forward, the government must set up a comprehensive unemployment insurance programme for urban workers, which can be funded by contributions from both firms and workers and possibly supplemented by revenues from general taxation. Instead of a payroll tax, the contribution from firms could be in the form of a layoff tax (similar to the ‘experience rating’ in the US) which would induce them to internalise the cost of firing workers. This would be an alternative to extending severance payments requirement to all firms and will also deal with the issue of possible non-compliance by firms with regard to their severance payments obligations More generally, the programme must be adapted to the circumstances prevailing in India11. For example, to alleviate moral hazard the contribution by employees can be made mandatory as in the case of China, South Africa and Vietnam, and ESIC in India. The current eligibility condition of three years of prior contribution in ESIC to get unemployment allowance is too stringent, and it needs to be changed to something like six months of work prior to becoming eligible, as in Brazil. Monitoring of job search may be difficult due to limited administrative capacity in a developing country context, and therefore, it may be a good idea to keep the job search rules for continuing eligibility flexible (Vodopivec 2013). While India currently lacks a comprehensive social security database to monitor the work history and benefit receipt of workers - an essential requirement for running a successful unemployment insurance programme, the completion of the Unique Identification (UID) scheme would be a big step in this direction.