Women empowerment in nutrition: Do women really have a say in preparing and providing food? 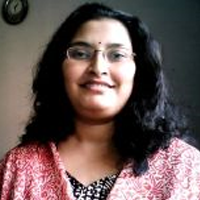 Decision-making capacity of women within the household and in the community is considered to be a reflection of their empowerment. In this note, Sweta Bhusan discusses one dimension of decision-making that revolves around procuring, preparing and serving food to household members.

This is the second post of a five-part series.

Even as we celebrate womanhood across the globe, scores of the 600 million women spread across India struggle hard to make their voices heard not only outside the households but within them as well. Decision-making capacity of woman within the household and in the community is considered to be a reflection of their empowerment. Even in many of the women-headed households, headship is an imposed status and does not mirror real empowerment. This is true mostly for widows and even for married women for whom decision-making is not a conscious choice. Men in many such families often choose not to work and earn, and take to alcoholism instead. 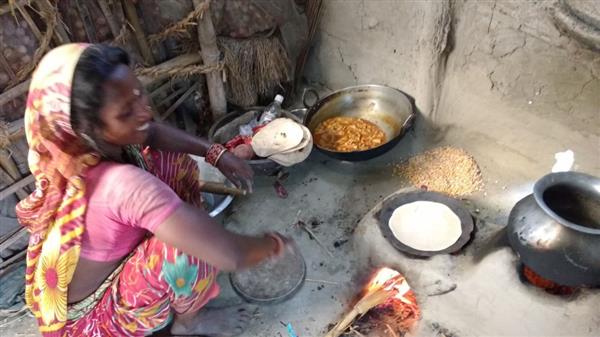 This note focusses on one dimension of decision-making within household – that revolves around food acquisition and consumption. Women are responsible for cooking and serving food. Sometimes the responsibility of procuring, preparing, and distributing food often solely rests on the women in the households. Yet, their freedom to negotiate and influence decisions around food procurement and distribution is often constrained by socioeconomic norms and structure. Further, whether or not women have a say in what to cook, whom to serve, and how much to serve appears to vary across age cohorts, type of living arrangement, and demographic and socioeconomic parameters. Women cook. They cook against all odds. For the poor, there is often little choice regarding what to cook and eat. For example, a widow in Rayagarh in Orissa stressed that what she eats depends on the availability of and access to resources. She does not hesitate in saying that "I almost live at the mercy of others and mostly prepare mango soup". In the backdrop of extreme poverty and socially ascribed role of women as providers of food, we found that some rural women beg and borrow food for their children and husbands from neighbours who may be slightly better off than them. They repay the debt by working as wage labourers if husband's income is not sufficient.

Religious and social practices often determine the type of food consumed, and, as we discovered, more so for women than for men. Many follow restricted vegetarian diets on certain days of the week. Women often keep a fast voluntarily but more often because social norms dictate them to do so. Then there are cases where the women in charge of preparing the food have to cook meat or fish if their husband brings it on her days of fast or dietary restrictions. For example, one woman explains that often even as she fasts, the expectation is that she will cook what the men in the family demand: "Yes, I do prepare (fish) otherwise my father-in-law will get angry. I am bound to do what my husband and father-in-law will say". This reflects a situation where women compromise with what they think would be good to follow in order to avoid disagreements and conflicts in their already difficult lives.

Silently complying with the social norms on the expectations from married women, they also try to teach their daughters to cook, anticipating that mothers-in-law won't be helping them out in cooking post-marriage. Yet it seems that daughters sometimes resist. In Kandhamal, where forest-based livelihoods involve long hours of work outdoors, an old lady voices her disgust saying, "after completing all the work although it was midnight still I cooked. Daughters have become lazy and they don’t want to cook".

Things, however, seem to work differently between mothers-in-law and daughters-in-law. Mothers-in-law those are co-residing with son's family in villages of Kandhamal, Orissa monitor the type and share of food served to each family member. For the younger generations, having dry rice with some fried vegetables and curries or daal (lentils) may be a delight, but older members are well aware that watered rice with salt is more sustainable and economical to feed more mouths for the same amount of rice cooked. Power combined with pragmatism in decision-making often comes with age. Therefore, elderly women in the family in many instances are more vocal in deciding on food being cooked than younger women. Yet, for women with such executive agency, the burden of making ends meet undermines the real essence of being empowered.

Evident enough, the voices of women often remain unheard within the households. They cook, but norms shape what they consume. Many women suffer from hunger regularly when men don’t. Hierarchy within the family also determines decision-making capacity of the women in charge of cooking and serving, leaving the daughters-in-law to blindly follow instructions of their mothers-in-law. Although food choice is a matter of availability, accessibility, and affordability, gender and age differentials within the households mostly keep young women, especially daughters-in-law, pawns in the hands of their in-laws, husbands, and even of their children. In many households, the lion's share of food is kept aside for the men in the family as a rule. Therefore, although she shares her husband's workload in the fields and takes care of the mundane domestic chores, when it comes to sharing the cooked fish she "serve(s) (it) first to (her) husband then to (her) sons and then to (her) my daughters." She consumes in the end if anything is left at all. Another young woman in Odisha, shares her despair: "I fed my children. I stayed starved wiping out tears and meditating to Almighty God helplessly (sic)". Some women perhaps find pleasure in giving up and keeping aside food for the sake of other family members, notably their children. Yet, such decisions need to be voluntary rather than imposed.

Just as the saying that if you educate a girl you empower a nation, similarly "if we unleash the power of women, we can secure the future for all." Society at large needs to acknowledge and accept the voices of women in their executive and implementing roles. Only then will the celebrations of womanhood in the country have real meaning.