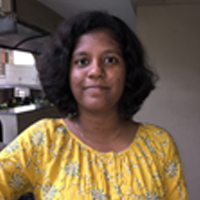 Absence of effective public service delivery and well-functioning markets makes the rural poor highly dependent on common pool resources such as forests and water resources for their livelihoods. In this note, Nirali Bakhla discusses the importance of these resources for poor women in particular.

This is the fifth post of a five-part series.

For those of us accustomed to relying on well-functioning markets and institutions for the fulfilment of basic human needs, it is easy to overlook the importance of common pool resources (CPRs), which serve as sources of food, fuel, and livelihood for more than 68% of India’s population living in rural areas. CPRs include resources such as forests, water bodies, pastures, grazing lands, and so on, that are accessible to the community and over which no individual has exclusive rights. Often, they are governed by customary or community rights and informal rules that may differ across regions.

During field visits to remote villages in Bihar and Odisha, we saw the importance of these CPRs. Rural households depend heavily on CPRs, which provide livelihoods and subsistence for the villagers. 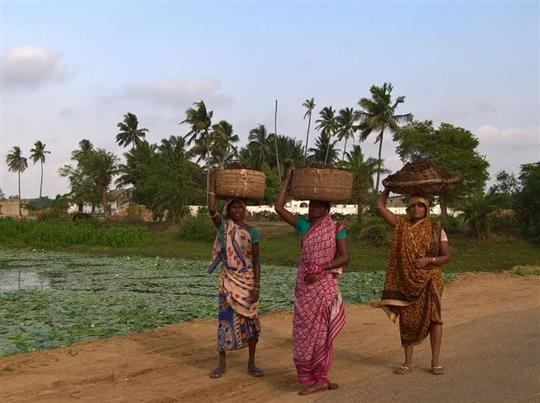 In Kandhamal, Odisha, abundant forest produce offers raw materials that are sources of income: Sal seeds (important source of edible oil), Siali leaves, wild fruits, leafy vegetables, etc. Access to forest produce such as these is especially valuable for women who would otherwise be unemployed. These women sell Sal seeds, leaf plates made of Siali leaves, and fuelwood, all collected from the adjacent forest. An elderly widow from Kotiguda (Kandhamal, Odisha) states, “I run my household by collecting leaves (from the forest) and stitching them. If I collect one chakki of leaf plates (1 chakki = 100 pieces of leaf plates) then I arrange money for food and medical purposes by selling those.” In many other cases, women stitch plates and sell and the money goes towards repayment of their loans. Collection of Pandanus Odoratissimus flowers, locally known as Kewda, is major source of living for the residents of Ganjam, and reportedly accounts for 90% of all Kewda production in India. It continues to be a source of income for rural landless households, despite cheaper synthetic substitutes forcing the prices down. Also, women from poor households across forested areas of Odisha collect fuelwood from the forest.

PRs also play a critical role right from the procurement and preparation of food to earning livelihoods in these villages in good and bad times. While relatively better-off households are able to buy vegetables from the nearby market, the poorest depend on green leafy vegetables growing in the forest or near the village water tanks and ponds. Some recall the old days as being better due to abundance of forest produce: “we tribal people had khachada leaves, jaba leaves, wild roots, mushrooms, mango kernel soup, ragi soup, ragi eggs, tamarind soup etc. We used to have a variety of food and that was good.” Many others say that they were on the verge of virtual starvation due to dire hunger and poverty. During such times of distress, they used to collect wildroots, bitter roots, green edible leaves, and other edible fruits from the jungle for their consumption. In Kandibandha (Kandhamal, Odisha), people survived by eating tuber (roots) and ripen jackfruit after collecting it from forest during times of drought and crop failures.

The rapid depletion and degradation of CPRs is a huge concern. Women narrated stories of earlier days when forests used to be closer to the village and when Siali leaves and Sal seeds were abundant. An elderly woman lamented, “…nowadays the Siali leaves aren’t available like before; earlier there were lots of Siali leaf present in the jungle.” They also talked about the degrading quality of food over time and one of the older women said, “Wild roots, bamboo sprouts, mushrooms are not available these days.”This decline in the availability of CPRs tends to hurt women more as they have to put in extra time and effort collecting products from CPRs to maintain – or minimise the detoriation of − their livelihoods.

Elsewhere, water resources form the basis of livelihoods. For example, fishing is one of the major occupations in the coastal village of D. Berhampur (Ganjam, Odisha) where men are employed in catching fish and women are responsible for selling the day’s catch. Villages in Bihar and Odisha are blessed with a number of water resources of different types − rivers/rivulets, streams, ponds − that are used for a variety of domestic (cooking, washing, bathing, etc.) and non-domestic (irrigation, fishing, etc.) purposes. In Dhurkel (Rayagada, Odisha), a stream flowing through the village is the main source of drinking water for the residents due to absence of government water supply.

The problem is further aggravated by adverse weather conditions. During the summer, the groundwater level goes down and women have to bear the brunt of it : “access to drinking water is difficult. We get it from a well that is too deep and requires a rope of 25 hands (approximately 38 feet). We have to wait there for a long time – sometimes an hour − to get water.”

This dependence on CPRs is important to recognise due to absence of well-functioning markets and poor service delivery by the State that has denied the poor of its elementary needs, in some cases. For example, absence of safe drinking water sources forces the villagers to use river/stream water; absence of alternative sources of fuel compels them to collect and use fuelwood for cooking, and so on. The narratives of these women highlight their dependence on CPRs in rural India. They are able to make a living; purchase food for the family, buy clothes and books for children, out of forest produce. The depletion of CPRs along with underdeveloped markets and minimal government support aggravates the issue of food insecurity. Government policies that would regulate CPRs and restrict their further decline, and resource management both by the government and communities are needed at the local level to minimise the depletion of these resources that are sources of livelihood to many.