Creating a services value chain between India and Thailand 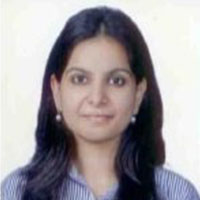 In the past two decades, India has signed several bilateral and regional comprehensive free trade agreements with Southeast Asian countries, which are likely to enhance services trade, investment and cooperation in the region. This column explores the prospects for creation of a services value chain between India and Thailand. It contends that integrating services may facilitate growth in Indian manufacturing by supporting production networks.

The Bharatiya Janata Party (BJP)-led National Democratic Alliance (NDA) government has recently completed its first anniversary with a yearbook of reform agendas for India. Several foreign policies of the previous United Progressive Alliance (UPA) government have now been rechristened. For instance, the erstwhile ‘Look East Policy’ is now ‘Look West, Act East’ policy with renewed emphasis on Eastern neighbours. There is also focus on uplifting the laggard manufacturing sector with greater integration with countries in East and Southeast Asia. All of these are linked with the attractive ‘Make in India’ package, with a global growth strategy for India, connecting the country with global value chains.

In the past decades, India and Southeast Asian countries have signed several comprehensive free trade agreements (FTAs) and they are in the process of negotiating regional trade agreements known as Regional Comprehensive Economic Partnership Agreements (RCEP). The recent trade agreements are comprehensive, covering goods, services, investments, electronic commerce and trade facilitation, among others to ensure easier movement of goods and services and to facilitate the creation of a value chain1.

Studies (Kimura et al. 2011) have highlighted that fostering connectivity between India and countries in Southeast Asia will not only reduce the service-linked cost of trading goods but also accelerate the development of manufacturing, production networks and value chains. In this context, we explore the prospects of enhancing services trade, investment and cooperation between South and Southeast Asia, taking the example of one country from each region — India and Thailand. We also focus on of services value chains through services sector liberalisation (Mukherjee and Goyal 2015).

Within Southeast Asia, India is now negotiating a comprehensive trade agreement with Thailand, a key trading partner for India in the region. Services sector reforms in both countries have enhanced the role of services in their respective global value chains and production networks. Trade agreements including services facilitate of value chains through global production networks, enabling different trading partners to add distinct value to exportable goods.

The Organisation of Economic Co-operation and Development (OECD) provides data on value added by other countries in the exports of a particular country. In 2009, countries in East and Southeast Asia contributed to about 4.6% of the value added embodied in India’s exports. Among Association of South East Asian Nations (ASEAN)2.  Thailand is the third largest in terms of value addition, with about US$24.41 million or 20% of the value added by ASEAN member states. Thailand’s value added in India’s exports has been the highest in wholesale and retail trade, hotels and restaurant services and the manufacturing sector. This suggests the possibility of creating a global value chain in services sectors between India and Thailand. The creation of such a value chain can be facilitated by three kinds of connectivity – physical connectivity, institutional connectivity and people-to-people connectivity (Kimura et al. 2011).

Transport connectivity is an important component of physical connectivity. It is crucial for establishing production networks. It is worth mentioning that the land route from India to the rest of ASEAN is through Thailand where Myanmar plays an important role. Despite their close proximity, transport connectivity between India and Thailand is poor. The two main links connecting India and Thailand are (a) the India–Myanmar–Thailand Trilateral Highway (IMTTH), and (b) the Mekong–India Economic Corridor (MIEC). India and Thailand need to cooperate at an institutional level to develop these corridors, along with support from the private sector in both the countries. This will enable better physical linkages between the two countries that will benefit the entire ASEAN region and support the development of production networks. It will also reduce transportation time and cost.

Other important infrastructure services that support manufacturing sector and strengthen physical connectivity are telecommunications and financial services. These are enabling services for establishing manufacturing linkages and production networks. At present, both of these are restricted foreign investors in the two markets as they impose FDI limits in these sectors. Business-facilitating instruments such as banks have a limited presence in each other’s market. Telecommunications in India have an oligopolistic3 setup while it is nearly a monopoly in Thailand (which is now moving towards an oligopoly). Lower call charges and better telecommunication and broadband connectivity will be beneficial for businesses of the two countries.

With regard to of people, both India and Thailand have of manpower. However, while India’s comparative advantage lies in high-skilled, professional services, Thailand’s is in terms of certain specialised skills such as nursing, midwifery, spa specialists, etc. India is keen to export professionals in sectors like business services and information technology (IT) to Thailand while Thai companies and associations are interested in establishing a foothold in spa services in India. While Thailand has interest in exporting specialised skills, India being a labour-abundant country has reservations. India imposes a minimum salary condition, which is tough for the Thai spa workers, nurses and midwiferies to meet. Indian service providers are also facing visa and work permit related issues in Thailand. The regulatory bodies for professionals in the two countries do not recognise each other’s qualifications.

India and Thailand have a fairly restrictive Foreign Direct Investment (FDI) regime in services and the regulations in this sector are evolving. The current operating environment for foreign service providers is non-transparent offering limited cooperation and knowledge sharing among regulators of the two countries. All these factors impede flow of trade and investment, thereby restricting market integration and development of services value chains.

As pointed earlier, at present there are several restrictions on physical connectivity particularly in the form of FDI limitations. Easing restrictions on financial services, telecommunications services, logistics etc. will support better connectivity. Integrating services may also facilitate growth in India’s manufacturing sector; for instance, better logistics or banking connectivity will support the manufacturing sector and industries in the two markets.

An analysis of the existing trade agreements of India and Thailand reflects that the two countries have undertaken liberal commitments with their trading partners4. Both countries are proponents of liberalising the movement of people in their World Trade Organization (WTO) and bilateral/ regional trade agreements. India’s commitments in different services sectors in the bilateral agreements are similar to or lower than their domestic regime5 However, Thailand is willing to go beyond its domestic regime in trade agreements. Ideally, a bilateral trade agreement should aim to facilitate market integration. Nevertheless, if it even binds the existing regime6 it provides operational certainty to since both countries will find it difficult to roll back the existing regime. Such operational certainty is important in countries such as India and Thailand that frequently change their regulatory regime. Since both India and Thailand continue to negotiate trade agreements such as the RECP, market integration will enable them to leverage each other’s strengths. It will also enhance their joint bargaining power in RCEP vis-à-vis countries such as China.

For the trade agreements and market integration to be successful, India and Thailand have to develop a sound institutional and regulatory framework, which enable greater mobility of services between the countries. There is a need for greater cooperation at three levels — between governments, among industry associations and among businesses. Cooperation and sharing of information and knowledge will facilitate market integration. Companies from India and Thailand can leverage their mutual strength to access third country markets, particularly in Europe in the case of health-related tourism services and rest of ASEAN in other business and infrastructure services.

Overall, for services market integration and the development of services value chains, countries in this region have to speed up their domestic reforms process, remove market access barriers and develop a sound regulatory framework that enables foreign companies to operate in a transparent and non-discriminatory environment. Moreover, services have a key role in supporting the manufacturing sector, which has experienced slow growth in India over the last five years. By opening the services sector to foreign markets and in this case with Thailand, India can secure its place in global production networks and participate in services value chain in the ASEAN region, rather than being left out due to protectionist policies.

A version of this article has appeared on the Blog.